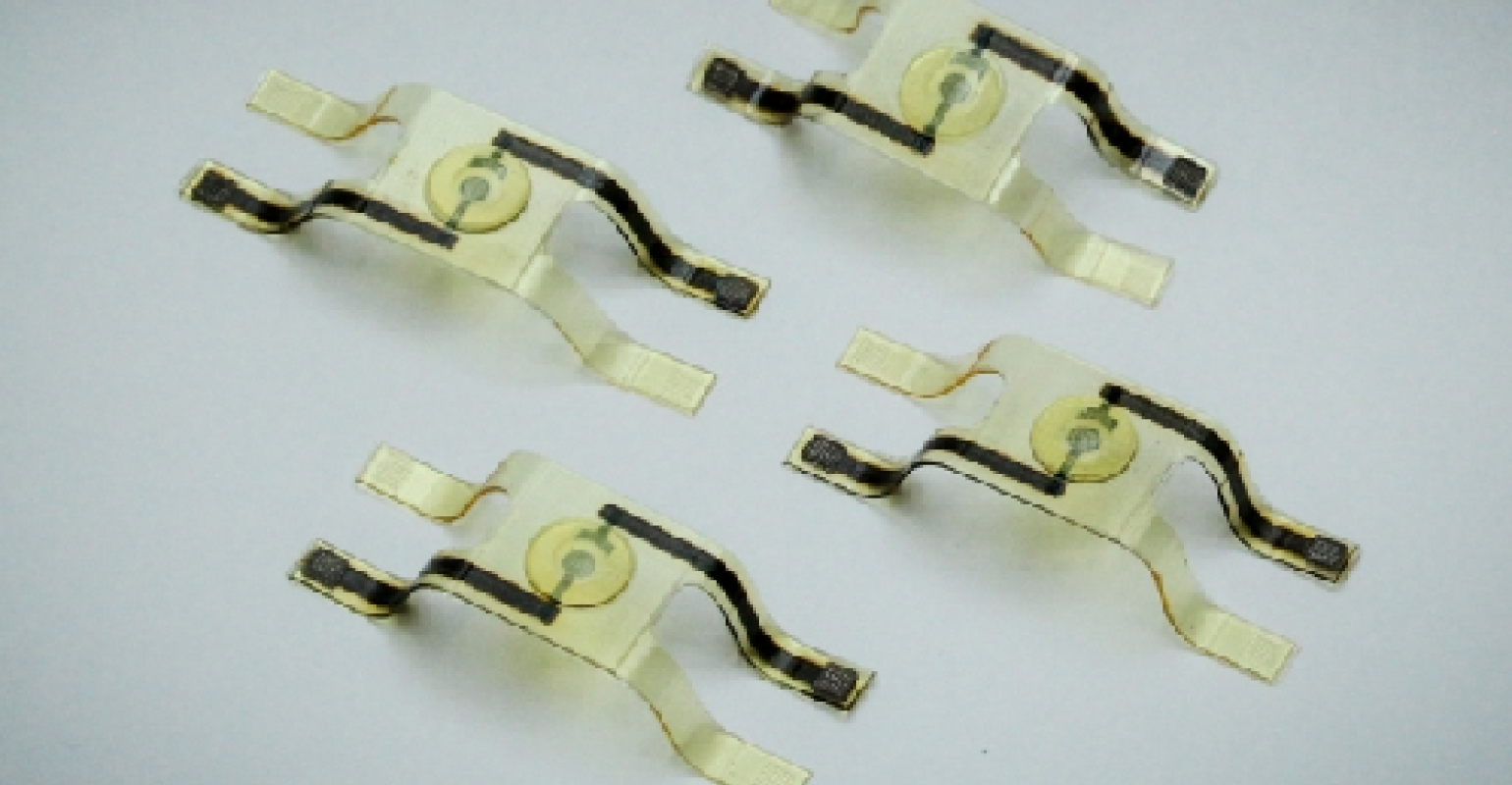 Researchers at the Massachusetts Institute of Technology (MIT) have developed a new method that produces a printable polymer structure that begins to fold itself up as soon as it’s peeled off the printing platform. (Source: Computer Science and Artificial Intelligence Laboratory/MIT)

A team at the Massachusetts Institute of Technology’s (MIT’s) Computer Science and Artificial Intelligence Laboratory (CSAIL) printed the so-called “peel-and-go” structures using a new printer-ink material that expands after it solidifies. This is different than typical materials, which contract slightly as they solidify, creating a limitation for which designers have had to find workarounds.

The team previously had been working with printable structures that will fold themselves into useful 3D shapes when heated or immersed in water, but the new breakthrough gives scientists even more design freedom, said Subramanian Sundaram, an MIT graduate student in electrical engineering who worked on the project.

The team developed the polymer material that was used for the peel-and-go structures by accident when trying to develop ink for printing more flexible components. Researchers inadvertently discovered one experimental material that expanded slightly after it hardened.

Identifying the potential usefulness of expanding polymers, the team began experimenting with mixture modifications, eventually developing one that let them build joints that would expand enough to fold a printed device in half, Sundaram said.

Devices printed in a conventional 3D-printing process are built up in layers. In the prototypes using the new material, researchers deposited the expanding material at precise locations in either the top or bottom few layers. The bottom layer adhered slightly to the printer platform, which was enough to hold the device flat as the layers built up. However, as soon as researchers peeled the finished device off the platform, the joints made from the new material begin to expand, bending the device in the opposite direction.

The team published a paper on their work in the American Chemical Society’s journal Applied Materials and Interfaces.

In addition to developing the material and method, researchers also sought to understand why the material expands, which they hope will help them design material tailored to specific applications. This might include materials that resist the slight contraction of 1 percent to 3 percent contraction typical of many printed polymers after curing, they said.

The explanation lies in the molecular chains of the polymer-based ink and how short and longer chains interact, as well as its reaction to exposure to ultraviolet light—the aforementioned curing—in 3D-printing processes, researchers said.

In the near term, technique has applications for the custom manufacture of sensors, displays, or antennas the functionality of which depends on their 3D shape, according to researchers. In the long term, they envision the development of printable robots.

Elizabeth Montalbano is a freelance writer who has written about technology and culture for more than 15 years.