Why Is It So Hard to Innovate at Big Medical Device Companies? 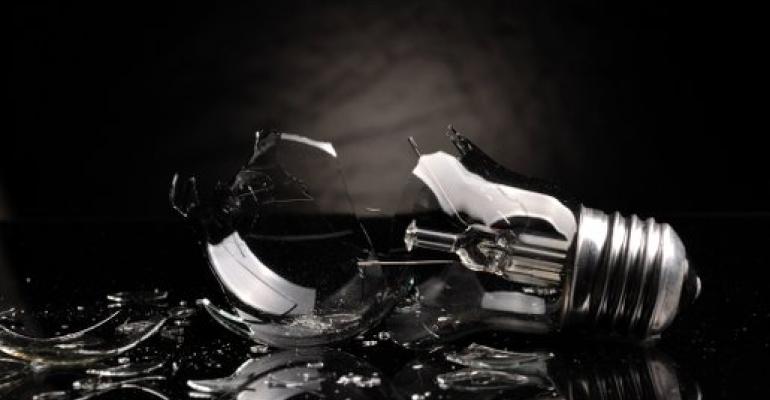 Large medical device companies boast big R&D budgets and world-class engineers. So why does most of the innovation in medtech come from startups?

Large medical device companies boast big R&D budgets and world-class engineers. So why does most of the innovation in medtech come from startups?

How do you develop a groundbreaking medical device? If you work at a small company, the answer is put in a lot of blood, sweat, and tears (not to mention some of your own cash and probably a lot of sleepless nights). But if you work at a big medtech company, innovation is just an acquisition away.

That's probably an oversimplification, but you get my point. Innovation in medtech these days typically starts from the ground up. The dirty work, in many cases, is done by a scrappy startup with a novel idea and the guts to chase it. As soon as the concept starts to show promise, one of the big guys swoops in to gobble it up, commercialize the technology, and reap the rewards.

What I don't understand is this: If small companies working with a skeleton crew and a shoestring budget can churn out disruptive innovations on the regular, why can't the biggest medtech companies, with their billion-dollar R&D budgets and world-class talent, do the same?

The problem seems to be the suits. Executives at big companies have to keep shareholders happy, and as such they're often unwilling to step out on the limbs that lead to innovation.

"Large companies are very, very risk averse," Giridhar Thiagarajan, an R&D engineer at Bard Access Systems (a division of CR Bard) explained while speaking on a panel at the MD&M East conference last month in New York City. "And usually innovation, at least new concepts and things like that, takes money and takes time, and usually that doesn't float well when you look at it from a management perspective."

Consider, he said, a project that's an incremental innovation that's going to cost $2 million versus a novel design that would be a big step forward but might cost $10 million and require a clinical study.

The problem with that kind of thinking is that with our healthcare system rapidly evolving to incentivize real innovation over incremental improvements, there will be less and less demand for that low-hanging fruit.

So how can big companies get back to the business of breaking the mold?

"The only way to break through and really be innovative and be creative is to really explore new spaces and connect dots that no one else has really connected before," said Bryce Rutter, founder and CEO of Metaphase Design Group and moderator of the MD&M East panel. "It takes a lot of guts to do that, and I think organizations that are really good at it have a culture of accepting wild and crazy ideas and really letting them germinate."

In some ways, big companies are starting to catch on. Case in point: the design centers that are cropping up at some larger firms. Also called innovation centers, these facilities typically eschew traditional office furniture like cubicles in favor of elements like beanbag chairs and communal tables. You might even find a Rubix cube. The aim is to create a safe space intended to foster creativity. But while the intentions behind them are good, design centers miss the point, as readers told MD+DI's sister site, Qmed.

"You can't just drop R&D teams into a snazzy new office space and have them innovate," one anonymous commenter explained. "You have to clear the decks and allow the teams to focus, without the distractions of their everyday projects."

In some cases, the big ideas are already there; it's just that employees at big companies don't have permission to pursue them. Rutter recommends putting a jar in your office, and anybody who pooh-poohs a moonshot idea has to put in a dollar. If saving money is the suits' primary objective, it just might work.

Jamie Hartford is MD+DI's editor-in-chief and also serves as director of medical content for UBM's Advanced Manufacturing Group. Reach her at [email protected] or on Twitter @MedTechJamie.