What Was Your Engineering Inspiration? 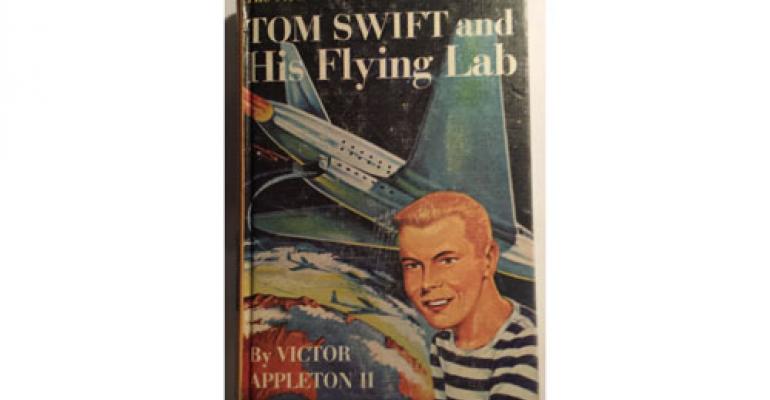 A keynote by medtech inventor and entrepreneur Dean Kamen prompted one engineer to look back on what inspired his career.

A keynote by medtech inventor and entrepreneur Dean Kamen prompted one engineer to look back on what inspired his career.

I recently attended a speech by inventor and entrepreneur Dean Kamen. Kamen is most famously known as the inventor of the Segway, but in this case he was being recognized as the recipient of the 2014 MDEA Lifetime Achievement Award for his contributions to the medtech industry. Listening to his keynote address at the MD&M East Exposition in New York City triggered some thoughts about my own career and what inspired me to become a scientist.

I’m a physicist (first love) as well as an electrical engineer, a dual path that has afforded me great flexibility over the course of my 30-plus-year career. I recall once, very early in my career, being mentored by a more senior engineer who told me to “watch out for the old guy in the corner.” He was referring to the very experienced engineer who would sit, listen, and then finally speak.

When he did pipe up, everyone would pay attention due to his experience and expertise. I’ve come to realize that now I’m the “old guy in the corner.”

When I was growing up, my interest in science was driven by two things: the U.S. space program and my addiction to science fiction. I wanted to be an astronaut and walk on the moon and explore the cosmos. I documented and drew every spacecraft NASA developed and kept notebooks on the space agency’s various missions. My earliest memories of reading centered around Tom Swift Jr. and the miraculous inventions he and his fellow engineers came up with in the series of books created by Edward Stratemeyer (written under the pseudonym Victor Appleton II) . I still have the complete collection of Tom Swift books. Eventually, I graduated to the science fiction writing of John Campbell, Arthur C. Clarke, Robert Heinlein, Isaac Asimov, and other authors.

I wanted to be the world’s greatest physicist, inventing wondrous things and changing the world. These interests ultimately led me to a career in science and engineering. Today, many of the inventions I used to read about in science fiction have become science fact. I have been fortunate to have been involved in many of these developments and can now look back on a career inspired by those who encouraged and nurtured my interest.

Kamen’s talk served as a reminder of the importance of having role models. I was energized by the space race and the desire to build great new products that would revolutionize the world. Kamen began his talk with the story of the FIRST (For Inspiration and Recognition of Science and Technology) organization, which he founded with a mission to show students that science, technology, and problem-solving are not only fun and rewarding but proven paths to successful careers and a bright future. In a world where kids idolize people who “bounce a ball or are on a stage,” science and technology aren’t seen as cool and role models are hard to come by. This is not a knock against those in other fields, but Kamen pointed out that the problems facing the world today will not be solved by politicians of either party but by scientists and engineers. He pointed out that a portion of the current crisis in healthcare is driven by a public that wants healthcare solutions with no risk and demands punishment for companies whose products result in harm. Kamen said there is an imbalance between risk and reward that has driven many companies to introduce products outside of the United States first.

He also told the story of his own inspiration. Kamen left college to develop the world’s first insulin pump after a conversation with his brother, then a medical student. He worked to develop the product and ultimately sold the company to Baxter International, becoming a millionaire at a relatively young age. This invention was followed by many others, including a number of medical devices. The Segway, for which Kamen is best known, had its roots in the development of a wheel chair equipped with gyroscopes that enabled it to maneuver up and down stairs and allow paraplegics to stand. His many inventions also include an improved peritoneal dialysis system that enabled patients to have dialysis at home, an arthroscopic irrigation pump, improved stents, and a prosthetic arm sponsored by the Defense Advanced Research Projects Agency (DARPA).

Kamen told a particularly engaging story about the inspiration for the prosthetic arm. He was visited by a U.S. Army colonel who noted that during the Civil War, soldiers were sent off to war with muskets. When they were injured, their limbs were often amputated to save their lives. They were then sent home with “a stick and a hook” to replace the appendage. In today’s conflicts, we have soldiers equipped with millions of dollars of equipment. Yet, when they lose a limb, we still send them home with “a plastic stick and a hook.” This impassioned colonel told Kamen that he intended to return some day with a raisin and a grape, challenging him and his engineering team to develop an arm with the fine motor control to pick up a raisin and the strength control to pick up a grape without crushing it and eat it. Kamen indicated that such a project was impossible, and the colonel left.

However, Kamen described being restless at home that night, tossing and turning in bed, and realized how hard it would be to turn over without arms. Inspired by that vision, he launched a project to develop a prosthetic arm to meet the colonel’s challenge. While much work remains to make it cost effective and widely available, the arm has already enabled one amputee to spoon milk and cereal into his mouth, feeding himself for the first time in 19 years.

Kamen’s latest challenge is the delivery of clean water to people across the world. In a recent article in Popular Science, he estimated that approximately half of the hospital beds in the world would be emptied if the people had access to clean water. That would have a far larger impact on human health than all of the medical devices in the world combined. His engineering organization, DEKA Research, has developed a compact water purification system, called Slingshot, that can generate 250 gallons of drinkable water per day on less power than is required to run a portable hair dryer. As another demonstration of engineering prowess, Kamen’s team also developed an energy-efficient Stirling generator to help power the Slingshot with basically any material that will burn. He is currently collaborating with Coca-Cola to distribute this life-saving apparatus around the world.

Kamen’s passion reminded me that we engineers and scientists are problem solvers. The problems facing our world today may be solved by the engineers of tomorrow—perhaps those students who are engaged in the FIRST robotics competitions today.

My challenge to you is to remember your source of inspiration and to reach out to inspire the next generation of problem solvers, whether by volunteering as a robotics coach or educator, or just by telling a story before you’re the “old guy in the corner.”
Who or what was your engineering inspiration? How are you working to inspire the next crop of innovators? Let us know in the comments below.

Bill Betten is vice president of business Solutions at Logic PD. He also serves on MD+DI’s editorial advisory board.