What Is the Right Problem? 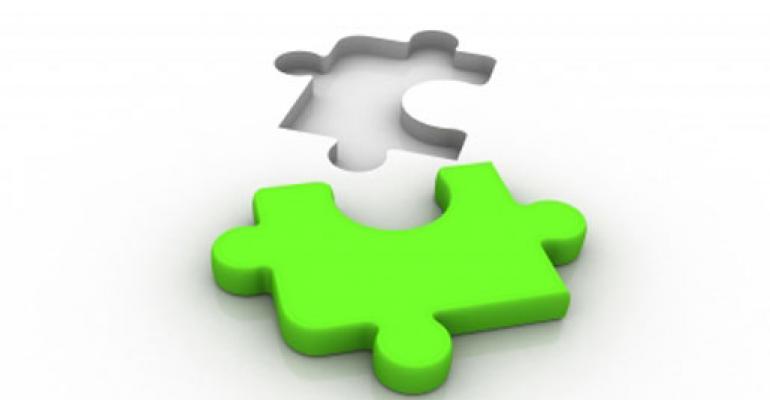 Basic ambulances can save your life, solar energy at night can make you money—and what this means for medical device development.

Basic ambulances can save your life, solar energy at night can make you money--and what this means for medical device development.

You might think that the key to excellent engineering is a smart mix of mathematics, creativity and diligence. In reality, skilled engineering begins before designing the product and crunching the numbers: it starts with defining the right problem. Without this key foundation, products can be made superbly but still flop completely. In the medical device industry, there is a lot more at stake than money if a product fails to fulfill the right function--it can cause real harm. As an example, this fascinating study and podcast from the Harvard Horizons Symposium has a very interesting conclusion: ambulances with only basic equipment save more lives than those with advanced care equipment (summarized in ScienceLife).

In this study, 400,000 patients' data was collected (and normalized for the time it takes to get to the hospital along with other factors) and found that the use of Advanced Life Support (ALS) ambulances, which represent about 65% of the ambulances in the United States, result in a 6% decrease in trauma survivors. Basic Life Support (BLS) ambulances, the alternate type, also score higher by adding a 7% chance of stroke survival, and a 4% chance of respiratory failure survival. It turns out, according to the paper, that the "scoop and run" BLS ambulances got the patient to the hospital faster than the "stay and play" ALS ambulances, which attempted to correct the issue at the trauma site. This meant taking up to twice as long to get to the hospital, resulting in a higher chance of death, stroke, or respiratory failure.

There are a few famous medical devices that flopped on the market because they solved the wrong problem. One is Exubera, the first aerosol insulin delivery system. It came from pharmaceutical giant Pfizer and it flopped in 2007, after making $12 million out of an estimate market potential of $2 billion. There are many speculations as to the reasons behind its failure, but one cause is certain: it solved the wrong problem. By all accounts the device worked well enough, and it solved the perceived problem that diabetics did not want to take insulin via injections. The true problem, however, was that diabetics disliked taking insulin in general. Exubera was bulky, different, and bong-like, and ended up being no more convenient than taking a simple injection with a tiny needle. It never made it over the early-adopter hill.

A well-defined problem should be broad and open to any solution that meets the requirements rather than leading directly to an obvious fix. There is a great example in the field of solar energy: the well-defined problem with solar energy is that solar plants (often) don't produce as much energy per dollar as other types of plants (like coal). The perceived problem is that solar cells aren't cheap or efficient enough, to which the obvious solution is making cheaper and better cells. The real problem is much broader, and it opens the door to a lot of other solutions besides efficiency and cost.

In reality, the lack of timing control (being able to generate electricity on demand, rather than whenever the sun is out) is a major drawback of solar energy and hinders its ability to leverage the market effectively. Being able to release energy at peak times, rather than having to dump energy as soon as it's generated, would enable solar plants to charge more per Watt by selling to the grid only when the price is high (for a good example of how price fluctuations work, check out ComEd's live price tracking). At the opposite end of this is the growing market of smart thermostats, which optimize heating for when energy is cheap.

If you're thinking we should just hook up batteries to the solar cells and call it a day (pun intended), you are still not thinking broadly enough. SolarReserve is developing an alternative type of solar energy that uses mirrors to heat molten salt, instead of converting the energy to electricity directly with solar cells. This molten salt can get really hot (like, 732oC hot) and can contain this energy for 10 hours (if you're wondering, the heat is used to drive a steam turbine). Just like that, by properly defining the problem, you can do the impossible and make a successful business out of selling solar energy at night.

Defining the problem should be the first step to developing a product, but the best stories always come from doing it at the end. There are laundry lists of famous examples of 'accidental' discoveries that have been massive successes (like penicillin, microwave cooking, and Teflon). Pfizer themselves famously invented Viagra while looking for vasodilators. These anecdotes are actually about people who accidentally solved a different problem than the one they were trying to solve, and were smart enough to realize it. By redefining the problem they turned their failure into a success, and that is just as important in engineering as classic technical skills.

If you redefine the problem, ALS ambulances might be a very effective product in countries with overcrowded hospitals or remote villages. Solar panels with batteries might be great in smaller modules for installing into a home for private use. Most well-built products have a problem they are capable of solving, but do yourself a favor and don't wait until you have a solution to figure out what your problem really is.