Video Gaming and the Future of Medical Devices 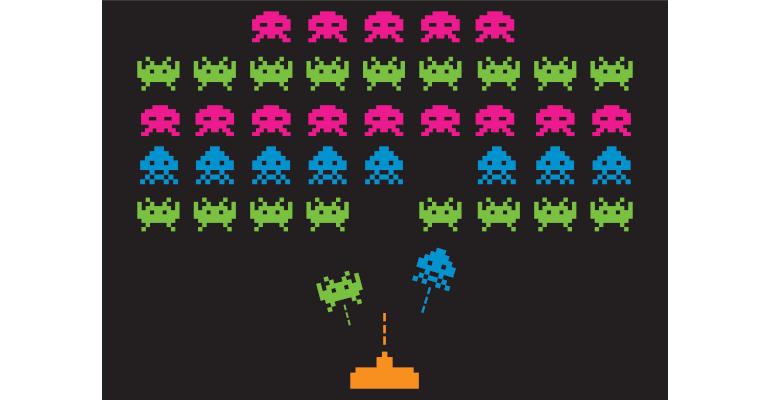 Video games are living in a new light these days. ESports (i.e., professional video games) are taking off, backed by millions of viewers and billions of dollars in prize money across the world. Gaming is no longer for nerds—more and more people apply their inherent (perhaps primal) need for competition and challenge to games on consoles, computers, and phones. A huge percentage of the population not only understands how to play video games but also finds them interesting.

Gamification is the phenomenon of harnessing the ubiquity of (video) games to motivate people to perform a task. From completing exercise routines, donating money to charity, learning a new language, or buying more stuff at the grocery store to collect points, turning a task into a game is a proven method of improving engagement.

This article examines the role video games can play in medicine by reviewing what is out there, why it seems to work, and what we can expect next.

Therapy means “a treatment intended to relieve or heal a disorder.” If you examine the app store on your phone, you’ll find plenty of games that claim to have therapeutic benefit—usually keeping your mental health sharp—just by playing them. Whether or not they work is up to you, but the vast majority are not approved medical devices.

In mid-2020, the first therapeutic video game that works just by playing it was cleared by FDA. EndeavorRX is intended to improve attention function in children with ADHD. Other applications include games to speed up concussion recovery. Another study has shown that even regular video games with the right content can have mental benefits, and it doesn’t take a doctor to recognize that platforms like Wii sports or Full-Body VR are a way to get active.

A number of physical therapy devices use a video game interface to apply treatment to the patient. Ever played the classic ‘helicopter’ game, which uses a one-button interface? You click to ascend a helicopter and release to descend. Ever played it with your pelvic floor muscles? Perifit is a device that lifts the helicopter (the game is displayed on your phone) by doing kegels, which is a really fantastic application for a game that only requires one “button.”

Lastly, it’s interesting to examine the connection between video games and medical devices like the da Vinci robot. A robot isn’t a game, but the dexterity skills needed for controlling mechanisms echo those needed for gaming—doctors who pick up a game controller once in a while might find it easier to use an increasing number of tools like the da Vinci. Games are already being used to train surgeons in simulations, or keep them sharp and happy.

A device called Kinarm is a series of augmented reality games played by interacting with two robotic handles. It compares the user’s activity and responses to a ‘normal’ baseline, allowing researchers and clinicians to study the sensory, motor, and cognitive impact of injuries and diseases. Other video platforms diagnose motor function, such as Reflexion. Additional games have been studied, and shown to have promise, for their ability to diagnose ADHD and even liver cirrhosis!

The above examples are video games, but gamification can be applied to anything. All it takes is the ability to translate a quantifiable metric into a score for many people to naturally want to increase that score. Hockey measures goals, baseball measures home runs, and the medical field could measure steps taken per day, range of motion, body weight, showing up to rehab, or anything at all! All that’s needed is to allow people to compare themselves with others. There are a number of apps whose main function is to record activities and compare them with those of other users: GymPact for the gym, Strava for cycling, etc. The main benefit is that some people find it motivating to compete. Games also enable the natural formation of communities. Many users find it motivating not to be better than everyone else, but to know that there is an everyone else and to see other people struggling with the same goals and confirm that success is possible.

Gamification has a way of making invisible progress visible, which may be the only motivator if you can’t see results for yourself. An example: weight loss. Typically, if you are trying to lose weight and start running for a week, you probably will not see any changes of any kind. However, if you gamify it and say you burned 2500 calories on Monday, your goal is 15,000 per week, etc., you can set tangible/visible goals to push you until you do have a visible result. The same goes for brain function. You see results with a “score,” and you will strive to beat that score next time. Space invaders, baby.

With adequate clinical support, there should be no major downsides to gamifying, but here are a couple of potential factors to consider:

Whether or not you grew up with them, video games are here to stay. As a medium for improving patient outcomes, video games offer a potential that has been known and studied for years. There is a very good chance that adding competitive elements (“gamifying”) to medical devices may considerably improve appeal, adoption, and outcomes for patients. Not all devices lend themselves to being a standalone game, but gamification can be as ‘simple’ as tacking an online community onto an existing medical device. As the gaming generation ages, gamification will no longer be a barrier, but instead a feature. I know I’d prefer playing a game over doing my homework.