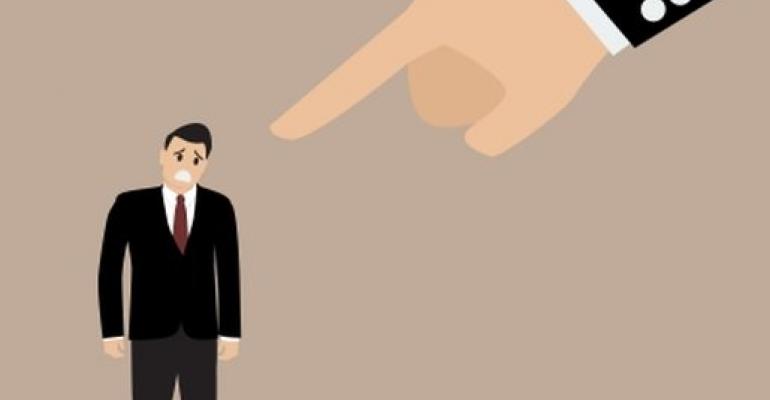 Instead of blaming users, device makers should consider that errors might be the result of flaws in the system.

Instead of blaming users, device makers should consider that errors might be the result of flaws in the system.

Recent years have seen rapid advancements in healthcare technology, and medical devices are becoming increasingly complex. As a discipline, medical device engineering has entered an era similar to the one aeronautical engineering went through during the mid-20th century. Back then, the increasing sophistication of aircraft and space systems required mastery of a new expertise, one that accounted for the complexity of interconnected systems and their impact on each other and the humans operating them.

This “systems thinking” approach was honed over time. In short, systems thinking showed manufacturers that the best way to develop a system is to anticipate negative outcomes when designing it. Combining that approach with human-centric design (HCD) methodologies allowed developers to understand all the influences that might impact users of the system. Because this mindset leads to increased safety, adoption, and profits, other high-risk industries—such as automotive, defense, and energy—saw the benefits and followed suit.

Modern day medical device manufacturers are now facing similar challenges. Healthcare technology is exploding as manufacturers crank out medical devices for doctors, nurses, patients, hospital administration staff, and even home caregivers. Yet the field has been slow to adopt the systems thinking approach.

One reason for this impediment is that the industry has been slow to evolve away from a culture of blaming users when things go wrong. Human factors researchers call this the bad apple theory, where product developers blame users rather than the system for errors and failures. Conversely, systems thinkers know their users aren’t malicious or incompetent but are just humans. They accept up front that errors are going to occur and proactively design the system with those possibilities in mind.

Another contributing factor involves the highly regulated nature of medical device development. The process of getting to market, especially for devices that carry risks, is costly and time consuming. As a result, once a product “makes it,” manufacturers are resistant to make further changes and improvements to the product based on information learned post-launch.

So what are some specific things a medical device manufacturer can do to adopt a systems thinking mindset?

Ideally, you should start at the earliest part of the product development lifecycle by learning as much as possible about the users, their environment, and the context in which the medical device will be used. Try to document all of the things that will influence the use of your device and all of the things your device might influence.

Brainstorm things that might change in a person’s routine when he or she starts using your device. Follow the dominoes that fall. Focus especially on paths that could lead to harm or negative outcomes. Trace those consequences back to your own device and ask if there are things you can do to prevent those paths in the first place, or if not, to provide the user with the ability to mitigate them. Use human-centric methodologies to get this information. Early contextual inquiries, or ethnographic observations, are a great place to start.

The goal is to understand the forest and the trees, so you can identify how your device will operate in the broader system. Having that understanding will maximize the likelihood of your product’s success while minimizing the likelihood of negative outcomes.