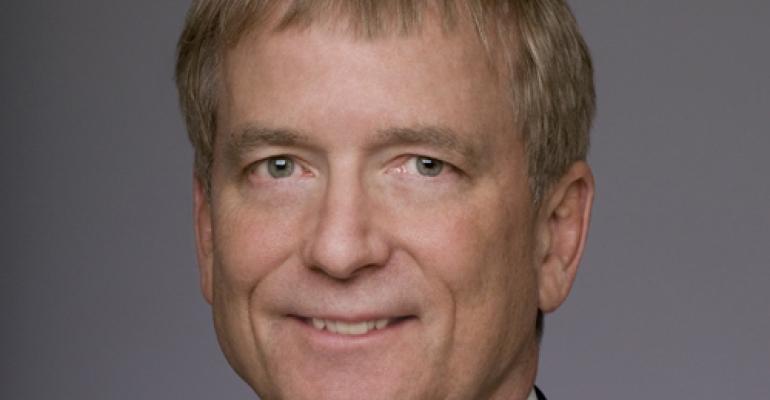 Daniel Starks is remarkably disciplined in his communications with analysts and prefers to keep many things close to his vest even if its means declining to answer questions repeatedly.

Daniel Starks is remarkably disciplined in his communications with analysts and prefers to keep many things close to his vest even if its means declining to answer questions repeatedly.

His view of the medtech industry and where it is going and how to succeed in a paradigm-shifting marketplace is decidedly different from say that of Medtronic's CEO, Omar Ishrak. And I have been longing for a deep dive with Starks, similar to the one I had with Ishrak back in 2011.

But so far that hasn't materialized.

Even with analysts, Starks is remarkably disciplined in his messaging. They are never able to pry information from him unless Starks is ready and willing to share. And he has no qualms saying "no" repeatedly to questions that he doesn't want to answer - and Starks does so while profusely apologizing thereby taking some of the sting out of the rejection.

That quality was on full display during the company's earnings call Wednesday.

Starks was mostly generous with his description of the potential of CardioMEMS, the novel implantable sensor system that helps to monitor heart failure patients remotely. The system, which has been shown to reduce hospital readmissions of these chronically ill patients, is expected to garner $70 million in sales in 2015. Starks also noted how the device has reduced mortality in Class III heart failure patients who are comfortable only when they are resting and whose physical activity is decidedly limit.

"When we apply these rates of clinical benefit to the existing heart failure demographics and cost burden it is easy to see how revenue from CardioMEMS products can evolve into a multibillion-dollar business once the market has been fully developed on a total global basis," Starks told analysts, according to a transcript of the call from Seeking Alpha.

After providing a detailed case for CardioMEMS' potential in prepared remarks, Starks also answered direct questions from analysts about the product.

However, when it came to other products that were of interest to analysts, it was mum's the word.

An analyst asked about St. Jude's progress of Amplatzer and left atrial appendage closure device given that a competitor's product - Boston Scientific's Watchman device - has been approved. Starks noted that the analyst had correctly noted that no update has been provided and none was forthcoming.

"So we continue to keep [Amplatzer] under evaluation similar to renal denervation, similar to PFO closure. And for all three of those potential growth drivers, we decided that this call would not be the right time and right forum for us to offer an update on any of those three," Starks said.

Renal denervation - a way to control uncontrolled hypertension - was considered a promising technology until the largest study conducted by Medtronic failed to achieve its primary efficacy endpoint. Medtronic, however, has relaunched relaunched a trial, with some major tweaks prompting an obvious query on St. Jude's plan. But Starks and other executives wouldn't comment on the company's renal denervation program even though he was willing to speculate why Medtronic's trial failed back in 2014.

Another fourth product also won a no-comment from Starks. That is the MediGuide system - a GPS-like mapping technology whose sensors mounted on certain catheters and other devices allow for real-time tracking. The company believes MediGuide-equipped catheters may reduce radiation exposure.

But Wednesday an analyst curious about the product came away empty handed. Starks provided a qualitative answer about 2014 having been a "good year" for the MediGuide business but provided no numbers.

Messaging discipline for an executive of a public company is of course an invaluable asset. Nonetheless, given that the medtech industry is traversing uncharted waters these days, it would be great to really understand how the chief executive of a prominent company is navigating them.

So, if anyone can convince Starks to open up, I will be first in line. And I solemnly promise not to ask about tattoos.