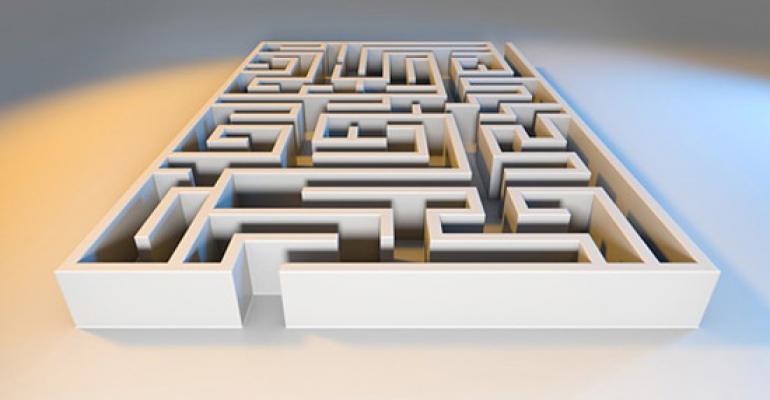 This is what Root Cause Analysis is all about--finding the causes of errors made in usability testing. The term "root cause" is used to emphasize that the goal is to find the "deep" or "underlying" causes, as opposed to the superficial causes. The root causes lead to things that can be fixed, whereas superficial causes usually don't.

Note that each of these may well be true, but they don't lead to a fix. Some people are always going to be lazy and fail to properly read instructions, so identifying such causes as those above leaves us in the position of trying to fix human nature, a hopeless task.

This is where the root cause comes in. We need to ask, in turn, why the users did what they did--why did they act lazily or why did they fail to properly read the instructions? If at all possible, the root cause should lead back to the design characteristics of the device we're trying to fix.

Finding the Root Cause

One way is to ask participants during usability testing why they made the errors--how did they get misled, what did they fail to understand, etc.

Another method is to use eye trackers during usability testing.

The study can be designed to provide other participant behavior that can also be illuminating.

The Role of Root Cause Analysis in Formative vs. Summative Testing

During formative testing, identified root causes guide ongoing device design--they have implications for what designers need to fix and what types of fixes are likely to work. However, in summative testing (i.e., testing to establish that a device is safe and effective rather than to help to make it so), finding the root causes of use errors helps to answer the central question: Is the device safe and effective? Root Cause Analysis is a key part of the determination concerning whether the inevitable "residual errors" can be tolerated, or not--i.e., whether the benefits outweigh the risks and whether the errors can, in fact, be feasibly eliminated.

It is rare to eliminate all errors, so there's nearly always a need to understand the root causes of the errors that can be expected when the device is introduced. They can help inform what to prepare for and what to focus on in training.

Stephen B. Wilcox, PhD, FIDSA is founder and principal of Design Science in Philadelphia. Read all "Adventures in Medical Device Usability" posts by Wilcox.