Not Just the Flavor of the Month: What Keurig Can Teach Us about Medical Device Design 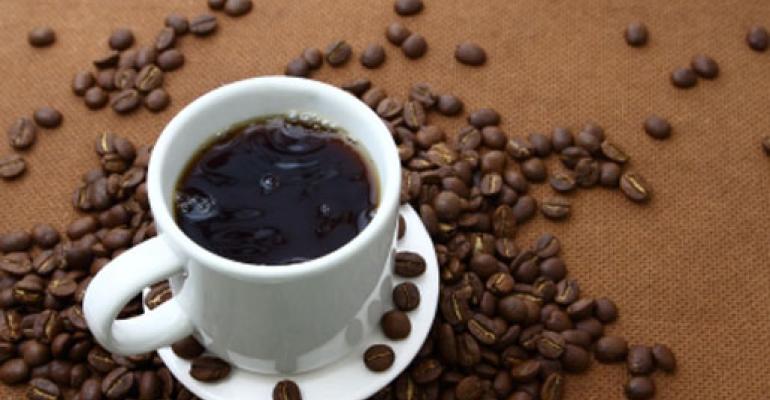 Your coffee machine could inform the design of medical equipment. What could Keurig-style automation offer the lab testing industry?

Your coffee machine could inform the design of medical equipment. What could Keurig-style automation offer the lab testing industry?

A tired man in a robe yawns as he approaches the appliance. He checks to make sure there is enough water in the back and examines the pile of various options he can prepare. Eventually, he finds the one he wants and pops it into the unit before pressing 'go.' Thankfully he doesn't have to pay attention after this, the machine will prepare it automatically and he can grab it when it's finished.

This isn't the morning routine of a caffeine drinker; this is a technician running analyses in a hospital lab in the near future. In this lab, a single automated medical device is the standard for preparing and running a variety of different tests. Like the Keurig machine that's taking over the coffee industry, one simply needs to select the package they need at that exact moment and drop it in, and the device can brew the perfect assay every time with a simple click of a button.

This sweet strategy may smell a little far-fetched, but it is not hard to imagine it growing organically in a hospital system that wants speed and performance from its very roots.

Here are a few reasons a Keurig-style assay device could make a big splash in the medical industry:

As the self-driving car is teaching us, removing human inputs wherever possible promises to solve a whole bunch of problems. At home, forgetful patients often miss their scheduled dosages. In American hospitals, dozens of people die each year from medication mix ups (extrapolated from these 2015 stats). False test results due to human error can run as high as 1% or greater, which not only have heartbreaking implications for patients but can just as easily result in dangerous and unnecessary treatments. But removing human error isn't just about having a device to automate testing; it's also about using that device correctly. As any good human factors expert will tell you, people only have a finite number of devices they can effectively learn to use at once, so re-using one device for many purposes can drastically reduce the required training, and therefore the amount of human error in using medical devices. Furthermore, a simple-to-use device might be CLIA-waived, and then it can be used by anyone from an assistant in a walk-in clinic to a neighborhood pharmacist.

The beauty of Keurig-type devices is in their efficiency. Anyone can run any lab test (or administer a dose of medicine) with the press of a button, and move along to the next task while it's working. Though there's no reason to think this device can run a specific assay faster than another device, it would still be faster than a human worker.

I think the biggest selling point for Keurig machines is that you don't have to decide what you want to drink until the moment you push the button. Kind of like a buffet, you can ask yourself what you want right then and there--and boom, you can have it. The same can apply to lab tests: one machine, hundreds of assays, very little pre-planning.

The Keurig machine can prepare tons of different drinks using the right amount of hot water for the right amount of time. Most lab-on-a-chip-type assays also share similar procedures: adding and flushing liquids, heating, cooling, and results reader(s). A lot of tuning goes into reading results from most types of readers, but that's where the barcode comes in. As long as all the individual units are consistent, the maker of the disposable assay can tune the device during development and give commands via a barcode, essentially meaning the machine can re-calibrate the way it reads results for each individual assay. As with any recipe, these actions are mixed in with periods of inaction, all of which can be tightly controlled and executed, producing more reliable and accurate results.

It is not hard to imagine the added sterility benefits of this automation. The reagents of the sealed packages could be sterilized and vacuum sealed at the factory, and the device itself would break the seal right before using it, meaning the chance of contamination is very low.

Pharmaceuticals packaged in individual cups would not only be free from contamination but can be contained in purified air, or even something more neutral like nitrogen, to give them a longer shelf life, and ensure they do not decline in potency over time.

Used cups can be ejected into biological waste without having to touch anyone or anything along the way. They are a bit of a waste of plastic, but the status quo isn't any better. Plus, the benefits of sterility and cross contamination are a good trade-off. The other caveat with K-cups in a medical application is that they're likely to be incinerated, meaning biodegradability is a non-issue.

I'm fairly certain K-cups aren't cheaper than ground coffee, but in the medical world having several copies of the same machine, each of which is able to run multiple functions, will certainly reduce capital, downtime, and maintenance costs. Most importantly, mistakes are extremely expensive and anything that decreases errors will result in big savings for the healthcare provider.

Select-a-flavor medical devices aren't a new idea, but they have yet to set the diagnostic sector ablaze. Existing multiplex assay devices usually test for a discrete number of ailments at once and use specialized readers to collect the results. If those existing machines are the industrial coffee makers you see baristas using at Starbucks, then a Keurig-style device is the easier to use alternative that can make an infinite number of recipes . . . as long as they have a barcode.

So how long until we see our first K-Assay filter its way into our labs?