Realize a Wearable is Not a Computer or Phone

Realize a Wearable is Not a Computer or Phone 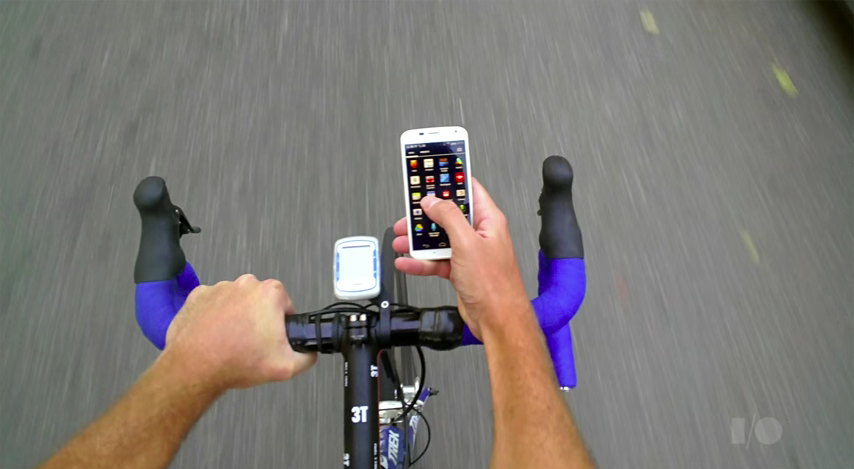 You computer is filled with dozens, if not hundreds of programs and apps. Your phone is perhaps filled with fewer but can be just as cluttered. The different is in the user experience. While it may take several clicks or typing a command to access a function or program on your desktop your phone gets you there in a few swipes and touchscreen presses.
Bob Ryskamp, a product designer at Google, told the audience that a wearable needs to do better than both of these.“That same gorgeous phone interface that works so well when I'm sitting and standing doesn't work as well when I'm active.” Rykamp used the example of someone trying to monitor their fitness while riding a bike, but it's easy to see this same type of application carry over into medical applications. A doctor or surgeon will likely need both hands free and a patient in an emergency situation may not be able to access a device very quickly.
The solution Ryskamp says is both in simplifying the interface and how users control the device. “We believe natural language speech. . . is going to make interacting with wearable even easier a faster than phones and desktops,” he said.
When it comes to interfacing with wearables developers would be best served by following the KISS model (Keep it Simple, Stupid). Ryskamp encouraged developers to “think very carefully about what's that individual short, experiecne that people want to have and break up that big app into individual flows.” Breaking things down into small functionalities allows developers to create simple commands and interactions for users. “Then you can design and craft and individual voice action just for that flow,” he says.