How Self-Driving Cars Can Steer Medical Devices to Success 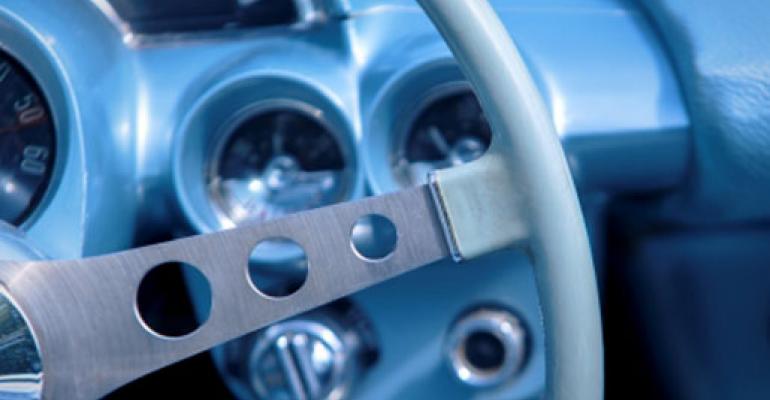 Medical device engineers can take lessons from the development of automated driving and apply them to the quest for closed-loop devices for diabetes, neurological disorders, and more.

Medical device engineers can take lessons from the development of automated driving and apply them to the quest for closed-loop devices for diabetes, neurological disorders, and more.

On the street, the statistics are staggering: 35,000 people will die and $450 billion dollars will be spent this year alone on car accidents in the United States. Errors like inattention, recklessness, and impairment will account for 90% of these accidents. Automation in driving is tackling this problem, and claims to reduce traffic accidents by 99%. Why shouldn’t automation in our healthcare system do the same, saving lives and money in the process?

The growing number of automated healthcare products marks a big step in the medical device industry. Operationally self-sustaining, these devices read an input and make their own decisions on how to react, without human input. This might seem worrisome at first glance, but the world is slowly coming to grips with the fact that software is often safer and more reliable than humans, despite added burdens like cyber security. The self-driving car is a great example of this: the math shows they’re safer, the engineers know they are more aware, and their accident record is far better than that of human drivers. Automated medical devices are poised to be the self-driving car of the medical industry, and we are all better off for it.

A much-anticipated device hitting the market is the Artificial Pancreas Device System (APDS), which is used to treat diabetes without any patient input. As an indicator of just how big and groundbreaking this market has the potential to be, FDA has issued specific guidance on it and Google just announced a deal with Dexcom to develop next-generation continuous glucose monitors (CGMs), which they claim will be about the size of a bandage. CGMs, which have been a successful product for a number of years, are essential in providing APDSs with the information they need to make decisions.

Another autonomous device is for Deep Brain Stimulation (DBS). This measures brain activity and responds with electrical signals, treating suffers of a variety of neurological disorders. Two of the main targets are essential tremors and Parkinson’s, but theoretically, any erroneous electrical disorders could be treated. Mass adoption of this device is held back by its riskiness, but future improvements could lead to this treatment being used more readily and patients getting a permanent solution.

An interesting topic of discussion when it comes to semi-automation is laziness (in the clinical sense). In the example of the self-driving car, if the car does 99% of the work the driver might become bored and distracted, not responding the 1% of the time he or she is needed. It is difficult to strike a balance to mitigate this issue, meaning in this example the technology must leapfrog from doing 1% of the work (for example, accident avoidance braking) to doing 100% of the work (full automation) without relying on the driver to step in. Most automated cars have a manual override function, but the vehicle doesn’t and can’t ever assume that feature will be used in times of trouble.

The analogue in closed loop digital health devices is user input. Let’s say for example you have an APDS, and you can use your smartphone to input your meal or exercise activity to add information. With this extra information, the device performance is improved. However, that information is not essential, so if the user doesn’t feel like inputting data they don’t. So why include this functionality at all? FDA has clearly declared human factors an essential component of good design for this reason: patient input in any form is an added source of risk. This creates a tricky, catch-22 scenario where the device should be able to function more effectively with user input in theory, but yet in reality is more likely to make mistakes. These devices must take the all-or-nothing approach that smart cars have, and go straight to 100% automation or risk the hazards of misuse.

What are the keys to success for automated device development?

If autonomous devices follow the same road as self-driving cars then we are going to witness a jump in some crucial devices to 100% automation soon, creating a safer and more effective medical system. The real question the automotive market is trying to address right now is: despite the statistics showing that autonomous cars are safer, would you every buy one? If you were diabetic, would you ever switch to an ADPS? The way you answer this question will one day impact your life more than you might realize.