How to Conduct Design Research for Home Healthcare Devices 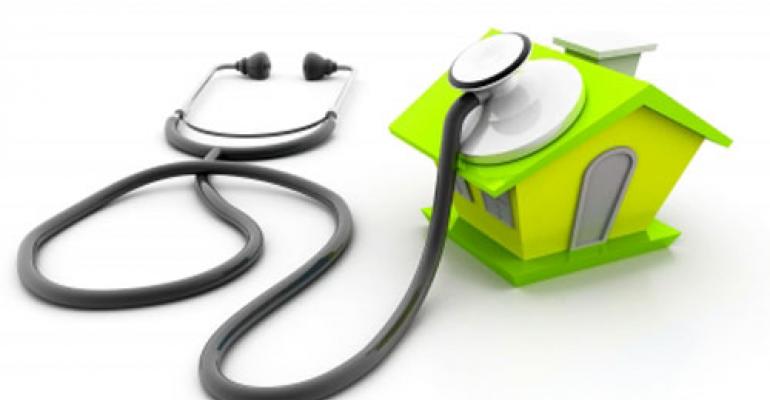 As healthcare shifts from the hospital to the home, design research must also morph to keep up.

Who is the typical user of your medical product and what is the use environment? These used to be easy questions for medical device companies to answer. But the increasing shift in healthcare from the hospital to the home has many designers scratching their heads in response.

As the industry adapts to serve these new stakeholders, the focus on user-centered design, observational research, human factors engineering, and generally designing with the user in mind is becoming increasingly critical in order to ensure compliance, minimize risk, and promote market adoption. Designers must be creative and nimble in the face of these complex new challenges.

“When you're shifting from the hospital or clinical setting, your group of users expands and becomes more differentiated, and you're trying to address all of the different needs associated with each user,” noted Stephanie Kreml, principal, Popper and Co., during a panel discussion at the MD&M East conference in June.

And that’s a tall order. Users outside of the clinical setting can be patients or caregivers with varying conditions or disabilities that may affect product use; comprehension skills; environments; and lifestyles. All of these potential factors must be taken into account when designing for an untrained user.

Usability testing remains critical in this new healthcare paradigm; however, it doesn’t differ greatly between patients and clinical users, Steve Wilcox, principal and founder of Design Science, noted during the panel. “Where it gets complicated is in doing observational research,” he said. “I can bring in my cameras and hang around the ICU for a week, and that's one thing. But how do you study a patient?”

Most patients aren’t too keen on having researchers hang around their house, watching them go about their daily routines for hours at a time. And this approach isn’t exactly the best use of time and resources for the medical device company, either.

So, how should companies conduct research efficiently and effectively for home healthcare devices?

In the case of an insulin pump, for example, Wilcox identified three key factors to consider: What happens during the day, at night, and out in the world. “One of the ideas we've come up with is to set up a teleconferencing system with the patient so when they bolus themselves or do something with the device, we incentivize them to call us up. We ask questions and have them show us things.”

He added that nighttime for diabetics tends to be eventful and is particularly crucial to understanding the patient and device needs. “You set up an infrared camera and have the person sleep in front of the camera—people are willing to do it, believe it or not, if you pay them enough—and then if you put a motion sensor on it, again you don't have mountains of worthless data,” Wilcox explained.

Finally, designers need to consider the many use environments in which people with diabetes will likely find themselves. These life-critical devices aren’t just used in the home, after all; patients go to the gym, restaurants, and work or school. Wilcox noted that patients can now be recorded going about their regular activities in the real world without attracting unwanted attention, thanks to the proliferation of miniature cameras and smartphones.

Beyond observational research, some designers are facing new challenges in designing medical products for untrained users. In the diagnostics realm, in particular, a massive paradigm shift is underway. Tests that have traditionally been interpreted by trained professionals are now becoming automated and designed for home use.

“That drives the need to make devices simple and prevent the end-user from making mistakes, especially when you're talking about diagnosing illness,” said Elizabeth Bononno, director of user experience design at Siemens Healthcare Diagnostics. “You’re going from a very controlled environment to an environment where you don't know what you're going to walk into and how that test will be performed or conducted. But it's the same end result, which is information that could change someone's life.” She added that the complexity increases dramatically because designers have to now consider many more scenarios, possible end-users, and use environments.

By gaining a better understanding of the potential use environments and users—however varied and numerous they may be—will ultimately lead to a better user experience for home healthcare devices. In turn, these efforts will pay off in customer loyalty, compliance, and, ultimately, better patient outcomes.