How the Affordable Care Act is Influencing Medical Device Design 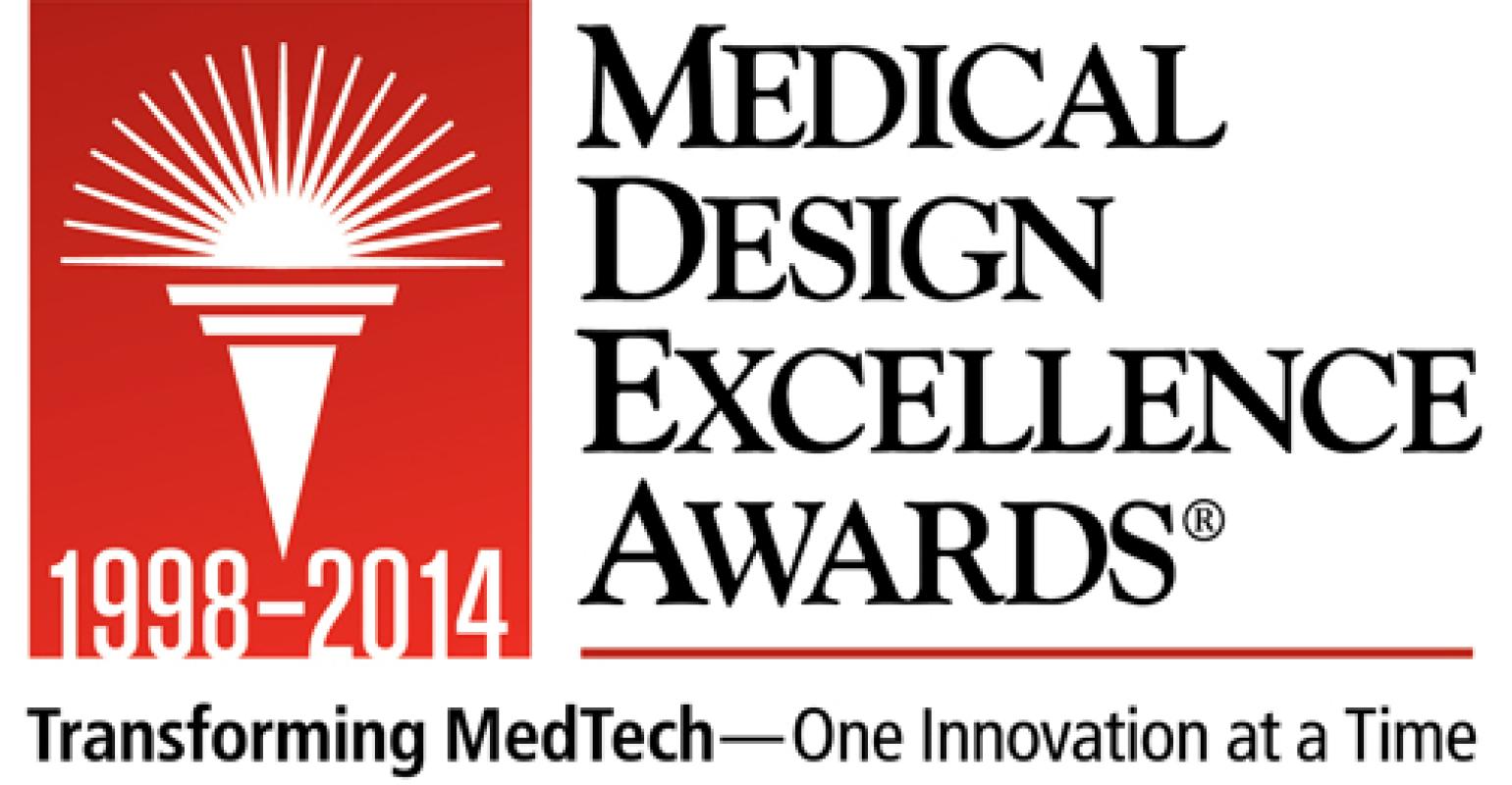 Each year, the Medical Design Excellence Awards (MDEA) program serves as a microcosm of the medical device industry. Browsing the submissions can hint at factors affecting the industry and provide clues as to which opportunities device makers in the larger market are targeting.

Though we’ve seen submissions respond to the Affordable Care Act (ACA) for a few years now, the healthcare reform law’s influence seemed more pronounced than ever this year. That’s not surprising, as 2014 brought the rollout of several key ACA provisions, and more are on the way in 2015.

Many of this year’s MDEA finalist products rose to the top at least in part because they offer novel solutions to help the healthcare system meet the challenges it faces in the post-ACA landscape.

While cost cutting has been a trend among MDEA finalist products for a while now, it was especially evident this year. In the United States, payors are feeling the effects of the ban on yearly coverage caps, and providers are being pushed to use resources more effectively. Outside the United States, developing markets are demanding lower cost but still high-quality devices.

Device makers appear to be responding with everything from lower cost and all-in-one devices to products designed to cut procedure times and get patients out of the hospital faster.

In developing its AtomoRapid HIV test, Atomo Diagnostics wanted to achieve high sensitivity and high specificity, but the device also had to be affordable enough for the developing markets in which it would be sold. To achieve that goal, the company ensured that each component could be produced using mass manufacturing methods, was compatible with automated assembly processes, and used conventional materials.

This year’s MDEA finalists also included a number of devices that aim to both reduce procedure times and speed patient recovery. One example was Zimmer’s Persona Personalized Knee System and the accompanying surgical instruments. The instruments are available in a modular kit, which the company says can help speed surgery, and the implant system itself allows for customization, with different components for different anatomies. Zimmer says it has heard anecdotally that the Persona system has also allowed patients to return to active lifestyles sooner.

Starting in 2011, CMS began reducing payments to hospitals with excess readmissions of patients with certain conditions. Later this year that list will expand to include chronic obstructive pulmonary disease as well as elective total hip arthroplasty and total knee arthroplasty. Also looming ahead is an ACA provision that will tie physician payments to outcomes.

“With all of the regulatory changes that are going into effect over the next few years and different incentives that are being placed for hospitals to decrease complications rates and minimize readmissions, a lot of these devices are trying to target ergonomic issues and process flow issues to allow procedures to be shortened to decrease the overall cost of care,” says MDEA juror Stephanie Kreml, principal at Popper and Co., a consulting firm for life science companies, and part-time staff physician at Concentra, an urgent care center in Austin, TX.

One way manufacturers are helping providers move toward accountable care is with devices designed to reduce hospital-acquired infections, which affect 1.7 million people annually and cost the United States $45 billion each year.

In the packaging category, at least two finalists took aim at this problem. CleanCut Technologies’s Dispenser
Integrated System Kit (DISK) for packaging guidewires and catheters eliminates the molded clips typically used in packaging for these devices, which can fail, puncture the packaging, and even fall off in sterile environments, causing contamination. Because it’s an all-in-one package, the DISK also reduces the surface area that much be sterilized, leaving less room for error.

Another packaging finalist, Selenium Medical’s SoTube and SoSafe products, encase implants such as surgical screws in two nested tubes to ensure the implants remain untouched until the point of surgery.

The trend of preventing infections carried over into other categories, too. Ivoclar Vivadent’s Bluephase Style cordless LED dental curing light features a sleek design and mostly closed construction to allow for effective cleaning. Hill-Rom's MetaNeb incorporates a mouthpiece, nebulizer, mask or tracheotomy adapter, and in-line ventilator setup designed for single-patient use to prevent the spread of infection.

One such product, the Codonics Safe Label System, brings safeguards used in pharmacies to the point of care. The system provides audio and visual read-back of drug names and concentrations, pre- and postprint confirmation of labels, verification of drugs scanned into the system, and identification of drugs not approved by the pharmacy.

Another product in line with the trend of reducing errors is Physio-Control Inc.’s TrueCPR coaching device, which aims to reduce improper delivery of cardiopulmonary resuscitation (CPR). The device includes chest and back pads that are placed under patients receiving CPR, and it uses triaxial field induction to gauge the depth and rate of chest compressions. TrueCPR provides real-time feedback during CPR procedures and can also capture information to be reviewed later.

More Power to the Patients

According to PwC’s 2013 Health and Well-Being Touchstone Survey, 44% of employers are considering offering a high-deductible health plan as the only benefit option for their employees, and since 2009 in-network deductibles for visits have increased more than 80%. As patients are shouldering more of the financial burden for their care, they’re likely to start taking a closer look at what they’re getting and demand more for their money.

“One of the things I’ve seen specifically [among MDEA finalists] is an attention to the patient experience,” says juror George L. Walls, director of product and market development for ZOLL Medical Corp., a marketer and devloper of medical devices.

In particular, several of this year’s MDEA finalist products included features designed to increase patient comfort.
Smith & Nephew Inc.’s RENASYS Soft Port negative pressure wound therapy device removes fluid from wounds using a 3-D fabric conduit that is softer than typical rigid-plastic ports. According to the campany, this makes it more comfortable for patients and may also reduce the risk of pressure sores when patients lie on it.

Being showered or bathed by a caregiver is often an uncomfortable experience for patients, so the design team at ArjoHuntleigh and Veryday set out to improve the process with its Carevo shower trolley. While the device has a thicker mattress with better pressure distribution, elevated back support, and a wider and softer pillow to improve patient comfort, the designers also incorporated features to preserve patient dignity. For example, a special comfort handle allows them to participate when a caregiver is rolling them on their side.

As patients are taking on more of their healthcare costs, they’re also being asked to play a bigger role in their care—especially when it comes to managing chronic conditions. And as the point of care moves from hospitals and doctors’ offices and into the home, designers are taking a closer look at the needs of the unskilled individuals who will be using their products.

The team behind Vectura's FOX inhaler, a drug-delivery device for treatment of respiratory diseases such as asthma, cystic fibrosis, and pulmonary hypertension, used human factors engineering to reduce the chance of user error. According to the company, most dose-delivery errors associated with respiratory therapies are caused by inappropriate breathing patterns. The FOX inhlaer provides feedback via LED lighting to prompt users to breathe correctly during dose administration. The device also features key-lock indicators for intuitive assembly of the components.

Sanofi’s Auvi-Q epinephrine autoinjector is another finalist product that aims to cut down on user errors. The company says the device is the first and only autoinjector to incorporate audible instructions for use and visual cues to help users administer a potentially life-saving dose of epinephrine.

While many finalist products incorporated features that appeared to be inspired by healthcare reform, some seemed to have been developed in defiance of the ACA.

Juror Mark S. Vreeke, a cofounder of the Chemical Angel Network, which brings together entrepreneurs and investors working to grow companies with a strong chemistry component, says he noticed a focus on products that are not dependent on reimbursement, such as dental devices.

“The quality of the products in the dental submission field was excellent this year, and I think it reflects the level of payment that people can receive for these products outside of the regulatory reimbursement environment,” Vreeke says.

One dental device that could prove to be a game-changer in the field is the SOLEA CO2 dental laser system from Convergent Dental Inc. The first of its kind cleared by FDA for both hard and soft tissue ablation, the device doesn’t require a drill, and 95% of patients treated with SOLEA do not require anesthesia, according to the company.

Two other finalist devices that fall outside the realm of reimbursement are Tria Beauty Inc.’s Tria Hair Removal Precision Laser and Tria Age-Defying Laser. These handheld dermatological devices take what are typically in-office aesthetic procedures—permanent removal of unwanted hair and improvement of skin texture and tone, respectively—into the home and are intended to be used by consumers as opposed to professionals.

As such, the devices are packaged like consumer products, with juror Pascal Malassigné remarking that their presentation resembles that of an Apple product. “Nothing was basically left out; the product is absolutely exquisite from a user point of view,” Malassigné says.

The MDEA finalists are only a small sampling of the medical devices that make their way to market each year, but if this year’s entries are any indication, the industry is beginning to take the tenets of U.S. healthcare reform to heart. As the ACA rollout marches on and the healthcare system responds, the ACA's influence is likely to be even more evident in medical device designs. In the larger market, as in the MDEA program, those devices that can adapt to the changes it brings are likely to rise to the top.

Jamie Hartford is MD+DI's managing editor. Reach her at jamie.hartford@ubm.com.

Medical Device Design: Join Us for a Day of Inspiration
May 07, 2021