EarPods and EpiPens: The Design Dynamics Behind Permanent Adoption 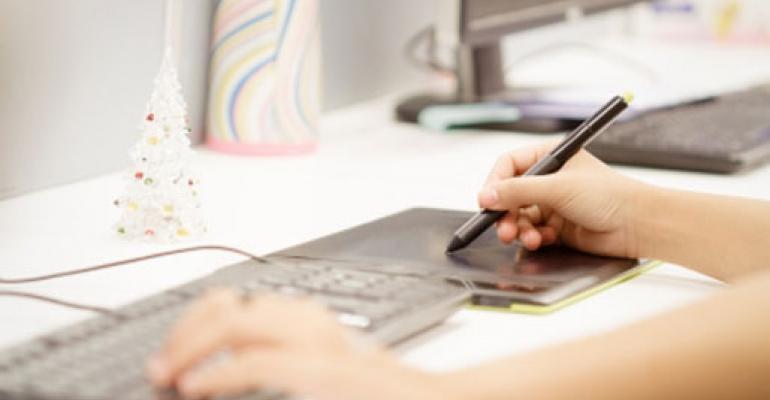 I've always wanted to open an article with a headline along the lines of "The Paradigm Shift is Happening Right Now." In reality, two news stories in the last month prove that paradigm shifts are the last thing people want. They show that universality makes consumers comfortable in their product relationships and resistant to change, even if that change come from a place of greed.

The first news story was the now-infamous EpiPen price hike, where Mylan increased the price of a set of two from around $100 (a few years ago) to closer to $600 for no apparent reason. For most people who use EpiPens, their relationship with Mylan is not a choice. EpiPens are universally used to treat life-threatening reactions and there isn't an easy alternative to switch to.

The second news story is Apple's controversial wireless EarPods, which are far less evil and have a much smaller impact on people's lives, but are still a good example of how customers who have no substantial reason to be stuck in their commercial relationship will still stick with it through highs and lows.

Let's start with the EpiPen. In case you were unaware, the EpiPen is a brand of simple epinephrine auto-injector to treat acute anaphylactic reactions. They own 90% of the market (which may grow since multiple competitors have had recalls), and their name, brand, and industrial design are ubiquitous and easily recognizable. Epinephrine (aka adrenaline) is a hormone, and it's pretty darn cheap, with the price of the amount of epinephrine in an EpiPen being about $1.

So, how did EpiPen get away with this massive price hike? Why doesn't anyone make a different product that is cheaper? Why don't people just walk around with a small vial of epinephrine and a regular syringe in their purse instead of an EpiPen? There are a number of great articles about this that go into detail, but it really boils down to a simple combination of patents and universality.

The design for their auto-injector is patented (until 2025), so no one can copy it, and it's universal, so everyone already knows how to use one. By contrast, the needle and vial seem complicated and foreign compared to the sleek and familiar auto-injector. Parents don't want to trust their children's lives on the assumption that people can figure out how to use another method of delivery, so they feel stuck with EpiPen as long as they can afford it.

The EpiPen brand didn't stumble upon their universality accidentally. They spent a lot of time and money ingraining their product into our lives from a young age, providing EpiPens free to school nurses along with free training. Besides, once everyone is trained and using the device, how can you realistically expect them to learn how to use a second type of auto-injector? Why would anyone ever want to change while the product is easy to get and affordable to buy?

Apple's new wireless headphones are another case of exactly the same thing. Wireless earbuds have been around for a while, but the reason this controversy is suddenly popping up now is choice. Or maybe I should say the lack of choice. Apple isn't offering wireless headphones to people who can choose to buy them if they wish. Like EpiPen, they are imposing a change on their existing consumer base without a viable option and, like EpiPen, they know their customers will stay because they want the universality that comes with Apple products. They are committed to the relationship they have, and Apple customers definitely don't like change.

Though a little off topic, Apple does know what they're doing when they make a move like this. I think they missed the mark completely with these earbuds, but at least they recognize the need to drive change from within to stay relevant, and not let their consumers set the pace. As Henry Ford is widely credited with saying, "If I had asked [my customers] what they wanted, they would have said faster horses." Ford would not be around today if they weren't ahead of the curve. Of course, Henry Ford also built a car with wheels that were actually connected to the vehicle and didn't jack up the price of gas after selling his cars to people who truly needed them.

Where market share drives initial adoption, permanent adoption--like the kind found in these examples--is driven by difficulty in learning new things (and the first-learned advantage). You can always switch from Coke to Pepsi--they have the same type of can and they work the same way--but it is difficult to switch from an EpiPen. Other types of auto-injectors have fundamentally different mechanisms that can be difficult to figure out in high stress, life-threatening situations.

Where consumers are offered choice (like with Apple), most prefer not to learn a new system even if they don't feel like they have to. Have you ever given your grandmother a new telephone? She is lilkely to "just want her old one back" no matter how finicky the rotary dial was. This concept of familiarity is so fundamental to usability that it governs the need for universal standards in thing like gas pedals: if all the brands were different people would either be forced to stick with one automaker or would be slamming on the gas instead of the brake in a moment of panic.

Maybe one day, when the patent has expired, the EpiPen style of auto-injector will be the universal standard--if they haven't been overthrown before that. If they still own the market by the early 2020s, they are very likely to drop the price before the patent expires.

The ultimate goal of medical device manufacturers (besides improving the healthcare system) is to create something simple enough that everyone wants to use it, yet unique enough that you can patent it and your customers will commit to you and your product. If you're lucky, your product will be so universal that it will continue to be the standard long after the patent expires. A good industrial design team, extensive user studies, and the right marketing strategy can get you to a product like that--just try to use your new power over the market for good rather than evil.