Are You Open to Open Innovation? 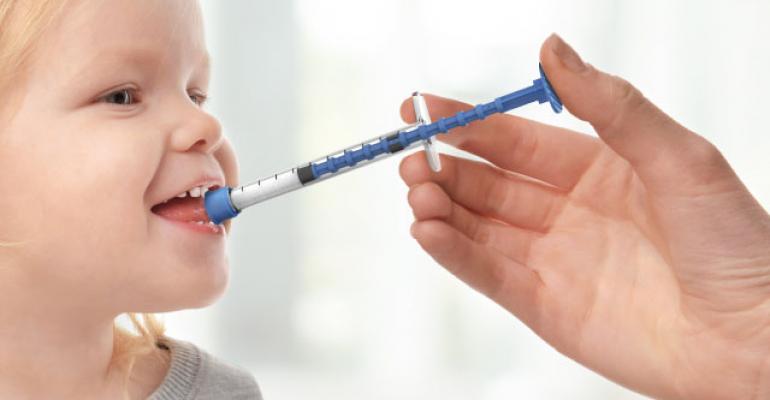 Sympfiny courtesy of HS Design
Medical challenges that are tough to solve or underserved could be addressed through open innovation, says one BIOMEDevice Boston speaker.

In 2016, Pfizer and the Institute of Pediatric Innovation (IPI) organized an open innovation competition in hopes of addressing an ongoing challenge: administer multiparticulate medicines to children more easily. HS Design, a design firm specializing in medical devices and life sciences, decided to enter the competition and ended up not only winning the program but taking its innovation further toward commercialization. The experience not only served HS Design, but it also exemplifies how open innovation programs could help launch medical advances.

Open innovation (OI) programs can help tackle two different types of challenges, says Alden: “Tough problems and underserved problems.” OI enables programs to “leverage several smart minds all at once and generate as many ideas as possible,” he explained. It is different from a traditional “time-bound process involving one design firm—there may be 5 or 6 firms, working in short sprints.” Such programs foster what Alden called “healthy collaboration, with the understanding that we’re competing with other firms.” Because of the competitive collaboration, “sharing of ideas can lead to a diverse set of concepts,” he said.

In the IPI completion, HS Design “invested its own resources with the understanding that we would get to keep the IP,” says Alden. “Winning the competition added funding to get us to the point at which we could apply for an SBIR contract, which we won. We developed the Sympfiny delivery system for multiparticulates, formulations that are essentially micro ball bearings. There really was no easy way to deliver them in a safe accurate manner. Now we’re in consumer validation studies.”

Different ideas could come out of an OI program, Alden said. “OI could generate an idea no one else thought was feasible, and that could spur a conversation in another direction,” he explained. “It is an opportunity for fringe experimentation.” For instance, in another competition in which HS Design took part, “a package consulting firm with experience in corrugated materials came up with a concept never before thought of. Now they have the experience in this field and the recognition for it,” he said.

There are a range of ways that OI programs unfold. “They can involve innovation grants from corporations, or they can involve grants, such as from the SBIR, which essentially is a taxpayer form of OI.” Typically, a number of “design teams set out to solve a problem, and it almost becomes a competition.” Examples include XPrize, DARPA, and hackathons, he said. “There also may be a call for action, such as through NineSigma. NASA has even done it for a spacesuit toilet.”

Alden believes that open innovation could help generate ideas to tackle the opioid crisis, for instance.

At BIOMEDevice Boston, the panelists discussed what OI has meant to each panelist, offering examples of what they liked, what they thought was successful, and what entities and problems tend to benefit from OI. They also discussed how open OI really is, and what the potential downsides there are, such as whether participants are giving away all their ideas and IP. “How do you protect your IP?” Alden asks.

They also discussed the different roles of potential compensation. “You could be working for free, investing your own money, or working for little money, all for the bigger opportunity down the road,” he said. It is an alternative to the traditional “fee for service.” And in addition to the potential for prize money, OI also offers the potential pride that comes with recognition, he added.