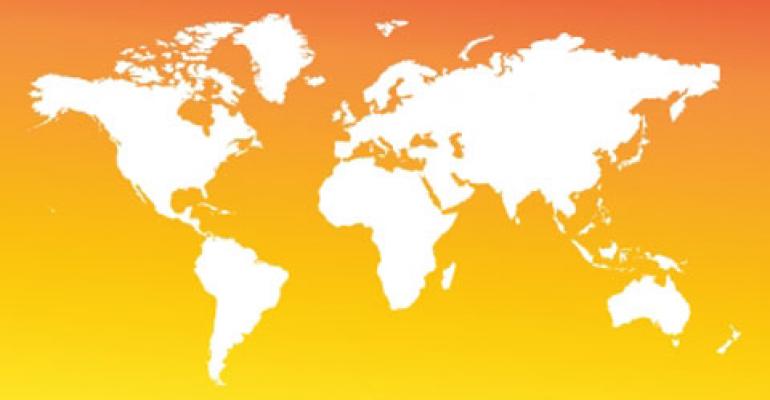 Emerging markets are the medtech industry’s best prospects for growth, but most medical devices are still designed by engineers based in the United States and Europe. Here&#39;s why that needs to change.

The Western world commands the vast majority of the global medical device market, with Europe and the United States combined accounting for nearly 70% of industry sales.

But the reality is that won't be true forever.

Emerging markets, such as China, India, and Brazil, have larger and faster growing populations, emerging middle classes, and underdeveloped healthcare systems, making them the new hotbeds of industry growth. In fact, 47% of medtech executives say the Asia-Pacific region has high growth potential for medical device sales over the next five years, versus 24% for North America and only 17% for Europe, according to a survey by Emergo Group. South America also outranked the two regions, and the Middle East came in just behind North America and ahead of Europe, which barely beat out Africa.

Yet despite this shifting market landscape, most medical devices are still made by companies based in the West.

"The industry is absolutely being led by design and development teams either in the United States or Europe," says Mary Beth Privitera, associate professor and codirector of the University of Cincinnati's Medical Device Innovation and Entrepreneurship Program. "And even when you say the U.S. and Europe, it's becoming one entity. European medical device companies almost always have ties back to the U.S."

That can present a problem when companies try to adapt devices for use in non-Western markets or develop new devices for such locales, which may have different cultural, financial, and other considerations that can have a huge effect on the success of a product.

Travelers often tell entertaining anecdotes about committing cultural faux pas abroad--the thumbs-up gesture meaning "good job" in the United States, for example, is akin to flipping someone the bird in Iran. But when it comes to medical devices, not understanding the market in which the product will be sold can lead to calamitous results.

Take this example shared by Tor Alden, principal at Gladstone, NJ-based product development firm HS Design: "There was an oxygen concentrator that a company designed for the Japanese market, but they based it on a U.S. bedside device, and so all the controls were designed for a proper bed height here. When they went to Japan, they realized that all the beds were on the floor."

Mistakes like that can be costly for companies and potentially dangerous for users, especially when those users aren't medical professionals.

"The saving grace for products used in clinical environments is that they are somewhat similar regardless of the location," says Stephen B. Wilcox, principal and founder of Philadelphia design firm Design Science.

Many clinicians around the world were trained in the United States or Europe, so they've been exposed to devices intended for those markets. Hospitals around the globe, too, are often modeled on Western clinics, so designers can generally take some environmental factors as given. But that's not the case when it comes to home-use devices.

"Hospitals follow a certain model worldwide, but products for the home have to tolerate much greater variability," Wilcox explains. "An example that comes immediately to mind is home renal systems that we worked on, where in the developing world, sterility and 'clean,' consistent electricity are huge problems."

Another potential pitfall for companies is not adapting their pricing strategy for emerging markets.
"One of the biggest issues is not that [devices] are being developed in the West but that they're developed for Western budgets," says Pete Madson, vice president of Minneapolis-based design firm Worrell's Shanghai office.

He says there is strong demand for premium devices at top-tier hospitals around the world but that lower-tier hospitals often can't afford the same high-end products used in the West.

In some cases, that's leading providers to resort to desperate measures to cut costs. Madson cites the example of an advanced surgical energy device that was designed for single use. In China, he says, it was priced at the equivalent of around $1500, but reimbursement was set at only around $200. To recoup the cost, surgeons would reuse the device eight times.

"Bad pricing strategies create challenges in these markets," Madson says. "It gives them the incentive to figure out ways to still be able to use the top-of-the-line device even though reimbursement models don't support it."

And while Madson agrees that Western design bias is more of a problem when it comes to home-use devices, he says that as developing countries are expanding their healthcare systems, clinician experience isn't as uniform as it once was. "The experience level drops off rapidly once you get outside of the top-tier hospitals," he says.

The good news is that in recent years the industry has begun to recognize that to be successful in non-Western markets it must turn a keen eye to the unique needs of users in those places.

Most of the top medical device companies now have operations in at least the largest emerging markets and have been positioned there for some time. Medtronic, for example, set up shop in India back in 1979. A 2012 report from McKinsey & Co. called out companies such as GE, Johnson & Johnson, and the former Covidien PLC (now part of Medtronic) that have established or expanded R&D centers in China in recent years.

Having a local presence enables companies to experience firsthand the dynamics of markets in which they plan to sell their devices, and that can lead to products that better address the needs of users there.

Although the Freestyle Libre Pro was designed by teams based in Alameda, CA, home to Abbott's global R&D team, and in the UK, where it has R&D and manufacturing operations, development was done "in strong collaboration" with the company's team in India, spokeswoman Vicky Assardo wrote via e-mail. Abbott also got input from healthcare professionals in the region, including sponsoring a survey conducted by the Association of Physicians of India that found nine out of 10 Indians with uncontrolled diabetes believe their glucose levels are actually under control.

"Our approach with any new market is to look at it on a 'local' level," Assardo explains. "We did extensive research in India into the glucose testing habits of people with diabetes and, ultimately, what was preventing people from testing more, and we began development based on that. We spent a lot of time with not only patients of diabetes but also their healthcare professionals, learning what their key challenges were and what would make it easier for them to ultimately help their patients. "

"Studies in India estimate that for a low-income Indian family with an adult with diabetes, as much as 25% of family income may be devoted to diabetes care," Assardo says. "When we are thinking of developing products that will help consumers live better lives with their disease, we take into account that it needs to fit within all aspects of their lives, including financially."

The company's approach seems to be paying off.

"So far, we have seen a lot of excitement around the product in the market," Assardo says. "We hear from our sales team that doctors are excited to prebook appointments to meet with them and learn about the product, and social media is buzzing with comments from excited customers and prospective customers."

As bringing an international perspective to device development becomes increasingly important, universities are also working to prepare the next crop of medical device designers for the task.

"We really teach first and foremost that you really have to understand the needs of your user," says Arthur Erdman, director of the University of Minnesota Medical Devices Center. "And understanding the needs of someone in Asia or in Africa by sitting in Minnesota or California or New York just doesn't hack it. You really have to be there and study and talk with people that deal with whatever disease or unmet need there is."

In the past, the center has sent some participants in its Innovation Fellows Program to countries in Asia, where they visited local hospitals to observe how devices are used and identify unmet needs.

"We're also in various discussions with a number of countries about doing exchange programs or developing a center like we have here in those countries," Erdman says, adding that the countries the center is in talks with are mostly in Asia.

The biggest hurdle in exposing students to the needs of emerging markets, he says, is funding.

"Most of us are funded with the local economy, so our concentration is there," Erdman says. "For us, we can walk three or four minutes and hit every surgery room in the university, so it's much easier and pretty economic for us to concentrate there."

Funding is a challenge for companies that want to enhance their global perspective, too. Setting up operations abroad is costly. Covidien shelled out $45 million for the China Technology Center Research and Development facility it opened in Shanghai in 2012, and that same year Swiss imaging equipment maker Swissray International announced plans to pump between $20 million and $30 million into an R&D center in Taiwan. That's cash smaller device companies often don't have.

"Cost is the most major hurdle, but the cultural challenges are not insignificant either," Worrell's Madson says, adding that getting local development teams to embrace innovation can be difficult.

"The mentality in China is you don't want to stick your head up too far and get noticed. You don't want to do anything that could potentially fail because you might not get another chance," he says. "I think it's a relic from how their education system works, so there's some unlearning that needs to be done to set up a successful R&D group in China."

Companies can combat that by bringing foreign teams to the United States or Europe for training, sending Western managers abroad, or by tapping locals who were educated in the West to lead international R&D centers.

"If you encourage people to take risks and try new things, it may be hard at first, but if you show them that they're not going to get in trouble or lose their job for failing, it's a good thing," Madson says.

Once companies get their international R&D centers up and running, they also face the challenge of retaining good employees.

"There's a small pool of talent that tends to get poached every two to three years from other foreign multinationals," Madson says. "Once they've invested in teams, a big frustration for a lot of R&D leaders, within healthcare in particular, is that their employees leave for the competition."

Despite the challenges, it's worth it for Western device makers to better tailor their products for the needs of emerging markets. Some of the needs associated with these locations--affordability, accessibility, ease of use--are universal, and products developed for emerging markets can end up having applications elsewhere. The portable ultrasound machines GE developed for use in China, for example, have also been embraced in the West.

And although companies in the United States and Europe are the leaders in medtech innovation today, their global competitors are making strides. Western device makers that fail to adapt their products for the needs of non-Western markets may soon find themselves losing share to local competitors that are more in tune with users.