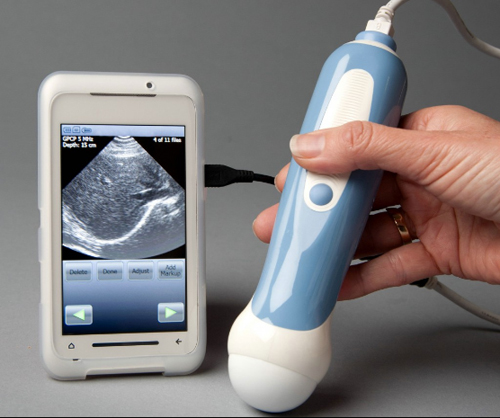 Mobisante, based in Redmond, Washington has developed a proprietary imaging device which has the form factor of a smartphone to work with its ultrasound probe. Doctors can also choose a tablet device with which the probe also works - that one, however is called the MobiUS TC2 device.

Images can be shared over wifi or cellular networks and also annotated. GE has also developed a portable ultrasound although the Vscan device with probe doesn't have the form factor of a smartphone like Mobisante's device. The device, which looks like a flip phone  also has docking station for recharging.