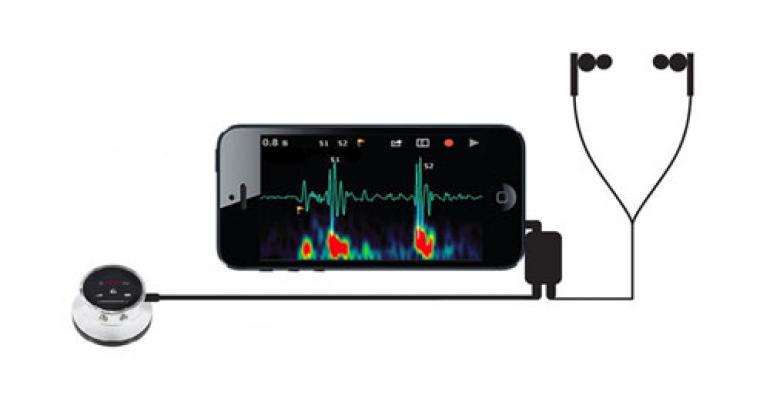 Designing medical devices has probably become more complex and exciting with the advent of wireless and smartphone technology. Here are five traditional mHealth devices with a radical mhealth makeover.

Transforming legacy medical devices into 21st Century tools that have wireless capability has been a topic of interest among R&D engineers and design firms as wireless technology has become ubiquitous.

In many cases, the design involves adding sensors capable of transmitting data from the legacy device. But the slideshow below shows device design on steroids. These five products combine wireless and smartphone capability to give humble, traditional medical devices a digital, mhealth makeover. The slideshow is based on products found at QuantifiedCare.com

Thinklabs, based in Centennial, Colorado, wants doctors to put their traditional stethoscopes where they belong - in a museum. The company has developed what it claims to be the world's smallest and most powerful stethoscope that works with headphones and can amplify the sounds from inside the body up to 100 times. In other words, doctors can increase the volume the same way they can turn up their music on any device. The digital sthethoscope comes with a pair of headphones or doctors can choose their own.

Thinklabs One also connects with mac, pcs and smartphones - whether Apple iOS or Andriod operating platforms - through ThinkLink that can aid in recording, storing and sharing recordings of the patients' organs. The device also works with theiMurmur App and the Stethoscope App the company developed as well as other widely used apps such as Whatsaap, Dropbox and others.