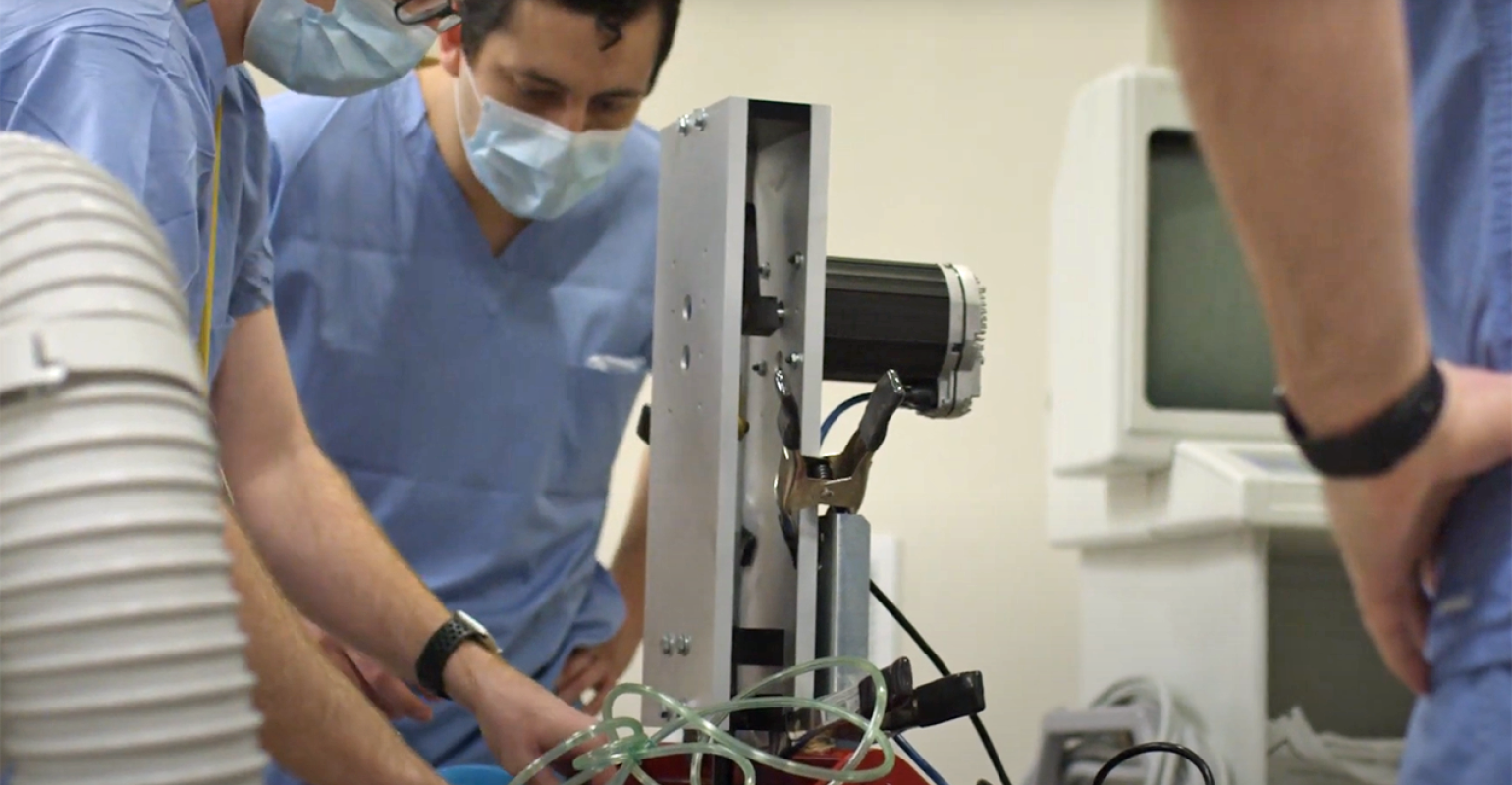 The design for a low-cost ventilator created at the University of Minnesota has now been released as open-source to expedite production and distribution of the device.

There has been no shortage of innovation and collaboration across the industry to provide critical medical solutions in response to the coronavirus pandemic, but developing a much-needed device is only half the battle. To truly make an impact, innovators need to make their technology available to as many patients as possible.

With that end-goal in mind, some organizations are open-sourcing their designs in an effort to ramp up production and distribution. The latest example of this trend comes out of the University of Minnesota (UMN) Bakken Medical Device Center.

In early April, MD+DI reported that Boston Scientific was working with the UMN Bakken Medical Device Center and other industry collaborators to bring a ventilator alternative to market. The machine, which was still under development at that time, was described as a "one-armed robot" designed to pump an Ambu bag, replacing the need for manual respiration in emergency settings. Medtronic and UnitedHealth Group also contributed to the project.

FDA issued an emergency use authorization for the device, dubbed the Coventor, on April 14. Now, the UMN has made the manufacturing specifications freely available through an open-source release, allowing companies worldwide to manufacture and supply the Coventor in response to the ongoing pandemic.

According to a UMN news article, making the Coventor design freely available fulfills the original aim of the project.

“From the outset, the mission of this project was to make this emergency device available to people in need, wherever they might be in the world, as quickly and safely as possible,” said Stephen Richardson, MD, one of the lead developers of the Coventor and a cardiac anesthesiology fellow at UNM. “Through the tremendous hard work, ingenuity, and force of will of hundreds of individuals coming together as a team, we have been able to make that a reality in a matter of weeks.”

On the university side of the collaboration, that team included researchers from the Earl E. Bakken Medical Devices Center, the College of Science and Engineering, and the Medical School. In addition to support from Boston Scientific, Medtronic, and UnitedHealth Group, the team received financial and in-kind support from Digi-Key, MGC Diagnostics, Protolabs, and Teknic.

The UMN is among the 82 universities and organizations that have signed the Association of University Technology Managers' (AUTM) COVID-19 Licensing Guidelines. These guidelines recommend that universities design licenses to give more than one company access to the same technology and to not require royalty payments to the universities. In exchange, the company or organization licensing the technology must commit to rapidly producing and distributing its product or service to prevent, diagnose, treat, and contain COVID-19, and to protect healthcare workers during the pandemic.

“Signing the AUTM pledge puts into words the shared commitment that the University of Minnesota and numerous other research institutions have to unite in serving the public good, especially during trying times,” said Rick Huebsch, executive director of UMN Technology Commercialization. “The speed at which we can bring new discoveries into society is paramount right now, so we have all hands on deck. It’s encouraging to see the unprecedented level of collaboration taking place between industry leaders and university experts as we collectively focus on putting these new technologies to work.”

Click here to learn more about the origin of the Coventor.