Tandem Strikes up Patent Cross-License Agreement with Medtronic
Jul 09, 2020
Guardant and Janssen in Partnership for Companion Diagnostic
Jul 08, 2020
Soterix Gains Approval for Trial of Device to Treat Major Depressive Disorder
Jul 08, 2020
Digitized DHRs and Flexible Manufacturing in the Age of COVID-19
Jul 08, 2020
Medtech & COVID-19
brought to you by 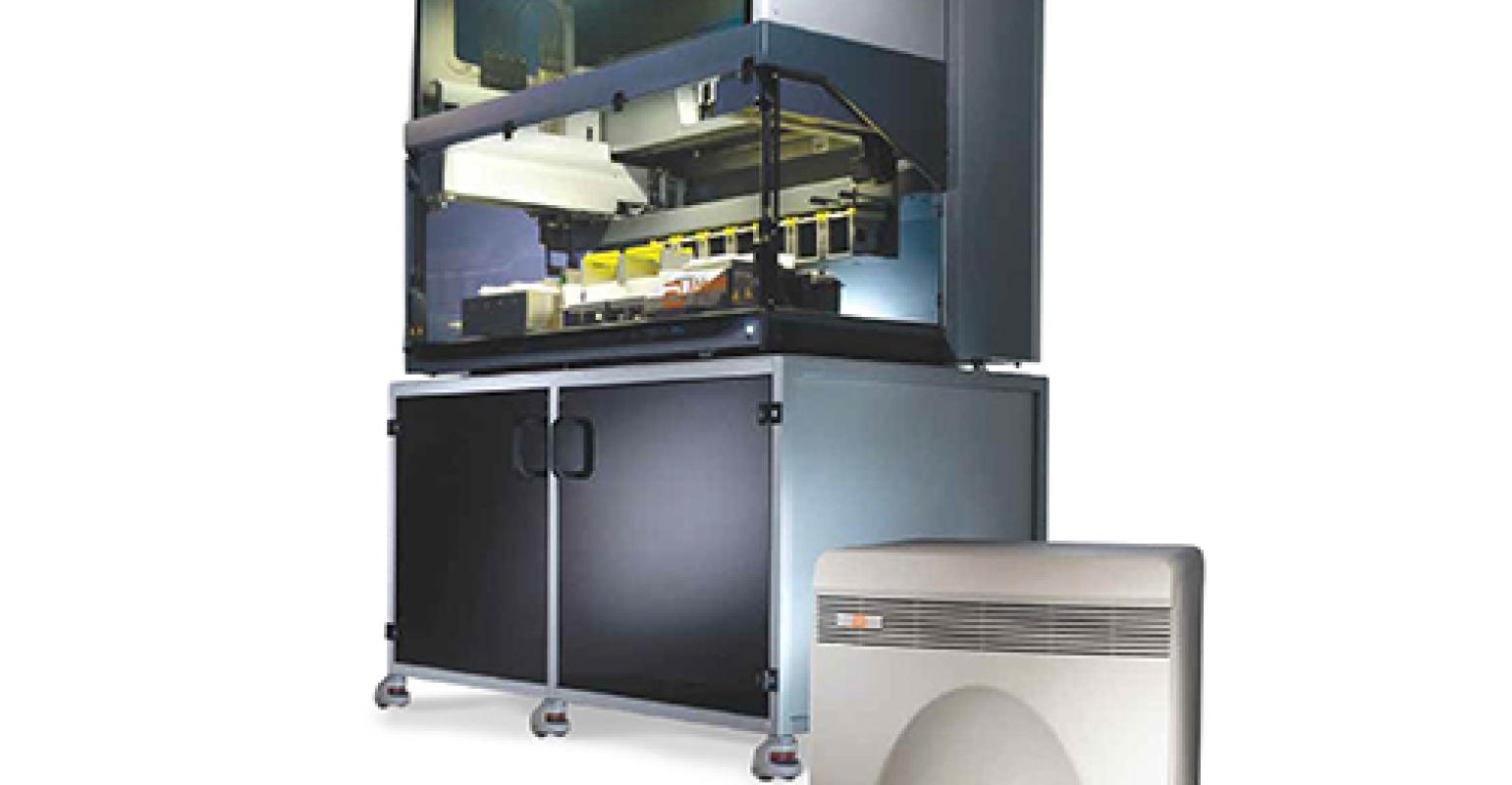 Abbott Laboratories
In late March, Abbott launched two molecular diagnostic tests to detect COVID-19, one for the company's ID Now rapid point-of-care platform, and one for the M2000 laboratory platform (shown above). This week the company also launched a lab-based serology test for the detection of the antibody IgG, and Abbott expects to launch a second antibody test soon.

How Abbott Became a Leader for COVID-19 Testing

Diagnostic companies across the world have stepped up over the past couple months to bring much-needed testing to the COVID-19 frontlines. But Abbott has emerged as a leading test maker in this battle as the company has launched three COVID-19 tests and has a fourth test on the way.

In late March, Abbott launched two molecular diagnostic tests designed to detect SARS-CoV-2, one for the company's ID Now rapid point-of-care platform, and one for its M2000 laboratory platform. Earlier this week the company launched a lab-based serology test for the detection of the antibody IgG, and CEO Robert Ford says the company is close to launching another lab-based serology test, this one designed to detect the IgM antibody. While molecular testing detects whether someone currently has the virus, antibody tests determine if someone was previously infected. The company intends to ship 4 million IgG antibody tests in April, ramping up capacity to 20 million tests a month in June and beyond, said Ford, who is just 16 days into his new position as Abbott's CEO.

Ford said that in mid-February when the company saw that the new coronavirus was not going to mimic previous viruses and was going to be much more significant and widespread, Abbott assembled four different and independent R&D teams to go about developing tests in individual groups.

"There was obviously some collaboration between them, but we wanted them standalone going after four different types of tests, say a molecular lab test, a molecular point-of-care test, a lab-based serology test, and a lateral flow serology test, and we did that not because we thought that we needed four shots on goal here to try and get one or two of them to get it," he said. "We understood given our experience here that all four of these tests, all four of these different types of testing, would be needed. All four of them had a different value proposition."

The lab-based systems are more high-throughput, capable of processing a high volume of tests at once, but the turnaround time can take several days. To offset the longer turnaround time, the company also developed a rapid point-of-care test that could be taken straight to the people who needed it most.

"In the early stages you need molecular testing to be able to diagnose if somebody has the virus, and as the disease progresses and people start to build antibodies for that, you’re going to need a different type of test and different formats of the test," Ford said.

So far each of those testing programs has either met or beat their target dates, he added. The teams worked around the clock, he said, with one team actually splitting in two in order to work on the test 24/7. Another secret to success has been the collaborative science-based approach the company took, working with FDA throughout every step of the development process.

"I think the combination of those two factors really allowed us to do this, at least these three tests here, in record time," Ford said. "It’s very rewarding to see the vision that we had about these different types of tests and different types of platforms being deployed to the way that we had thought and envisioned them to be, and then to get the feedback."

Ford also said it was important to the company that the rapid point-of-care test be made available first to healthcare workers so that if they developed symptoms, they didn't have to self-quarantine for four or five days while they waited for results from the lab. Now, in 15 minutes or less, they can know if they need to get appropriate care or if they can return to the frontline. Meanwhile, Abbott is also shipping a lot of M2000 systems, especially to areas where the mayors and governors were saying people were waiting over two weeks for results. The M2000 platform is capable of processing 470 tests a day, he said. The company shipped 1 million of those tests in March and is on track to ship 4 million of the M2000 COVID-19 tests in April.

"So, the way we’ve developed these tests, the way we’ve put them out to the market, the way we’ve launched them, they way we’ve worked with the labs and the hospitals, is exactly how we had envisioned this," Ford said. "Obviously there [are] a lot of stories that I’ve been seeing recently about the difficulty to find the tests, etc., and what I would say there is we’ve done everything that we said we were going to do. We’ve delivered everything that we said we were going to deliver. Obviously, that is not enough. We still need to do more, and there is a need here to manufacture more tests."

Ford said Abbott uses high-precision, high-automation manufacturing processes to produce these tests and in some cases the company has been able to use existing assets to manufacture them. In other cases, however, the company needs to buy and set up more, which takes time. With the ID Now test, he said, the company committed to manufacturing 50,000 tests a day starting April 1 and so far, has done exactly that. Some days the company has even exceeded that target, producing even more tests in a single day.

But on the ID Now side, we made commitments to manufacturers, start manufacturing 50,000 tests per day starting April 1, and we’re halfway through the month here already and we’ve delivered exactly that, every day. I get to see the manufacturing and the shipment output, and we haven’t fallen behind that. In several days we’ve beaten that number and able to get more tests out.

While the initial rollout of the rapid point-of-care test was reserved for frontline healthcare workers, Ford said the company is close to entering a second phase in which the test will be available more broadly for the general population.

"We've started to work on some pilots with CVS and other retailers to say, okay, how can we get this system out of the hospital into more decentralized testing, so we can test the general population, whether it’s in urgent care clinics, nursing homes, retail settings, etc. That’s on target, on plan also," he said.

As for the 4 million IgG antibody tests that Abbott plans to ship, Ford said the company already has orders for about a quarter of that. "We know that we need to play our role here, manufacturing and getting as many tests out as possible to this platform that we've developed," he said.

Abbott has also been strategic about how it is selling its COVID-19 tests. The company sells the tests directly to customers and is limiting the use of wholesalers and distributors as much as possible. Ford said the company is making weekly shipments so there's no hoarding and the tests can reach as many people as possible. He also noted that the pricing is the same as what the company was previously selling all of its other assays for these instruments at. The ID Now COVID-19 test, for example, is the same price as the ID Now flu test.

"It’s clear that the demand for testing is big. It’s not going to go away, and I think that the team here has aligned a portfolio of testing solutions that have a wide variety of different uses and will play a key role in ramping up testing," he said.