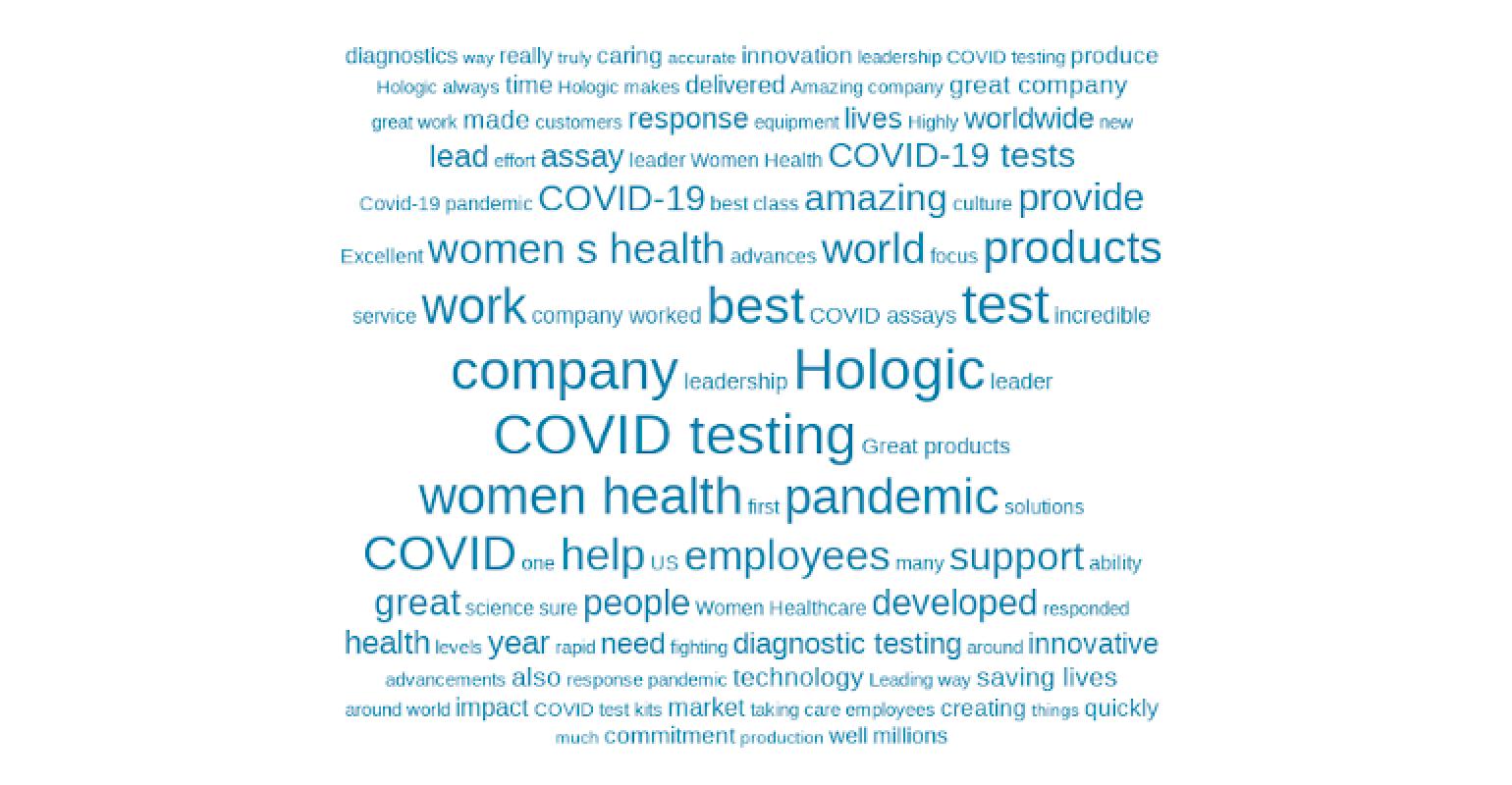 Hologic had quite a 2020. The company began the year in somewhat of a challenging position, as it had just lowered its revenue guidance for fiscal year 2020 after divesting its Cynosure medical aesthetics business at a loss. However, Mike Matson, an analyst with Needham & Company, observed at the time that Hologic's diagnostics and breast health businesses could play significant roles in its growth opportunities.

Such analysis proved quite insightful. Hologic made news early on in the pandemic as it received Emergency Use Authorization (EUA) for its Panther Fusion SARS-COV-2 Assay and then followed up with an EUA for its Aptima SARS-CoV-2 test.

The company then gained FDA clearance for its Genius AI Detection technology, a new deep-learning-based software that helps radiologists categorize and prioritize cases by complexity and expected read time of breast tomosynthesis images.

Respondents to our Readers' Choice Company of the Year survey applauded Hologic for its accomplishments. The company stood out with the most votes—87% of the total responses to our anonymous survey (706 out 807 responses) were in favor of Hologic. Respondents offered up several reasons why.

“Fantastic performance in a difficult year, delivered what they promised to deliver!” wrote one respondent.

Hologic’s efforts in both women’s health and diagnostics stood out in 2020. “I voted for this company due to their dedication to improving both women's health during COVID-19 and switching gears to produce COVID-19 testing to help with the worldwide pandemic,” according to one respondent.

Such work in developing SARS-CoV-2 diagnostics really resonated with several survey respondents. Many pointed to the company’s quick action. It was “wonderful how they handled the pandemic and how [they] quickly pivoted to produce test kits,” wrote one.

Said another: “This organisation mobilised to produce a SARS-COVID-19 test at levels of speed and accuracy way beyond anything we’ve seen in this industry before.” And another pointed to “fast development of SARS-CoV-2 assay and continued quality of assays.”

Hologic was also praised for its work in women’s health. “With all the new advance[d] [gynecology] equipment and upscale devices this is the best company to vote for,” wrote one respondent. Another pointed to “incorporation of total fibroid management in women's health” and “breast health continuum of care led by introduction of 3D Quorum, which creates efficiency in radiologist reading.”

Hologic’s work in other areas was also recognized. “Hologic has always responded quickly to infectious disease needs in the US and worldwide. They quickly developed a test for West Nile Virus when that was [rampant] and [scary] and won a National Medal of Technology for it.”

Several also mentioned its efforts to combat HIV. “They are working with various non-profit companie[s] to assist with HIV detection in Africa,” noted one respondent.

Survey respondents also pointed to Hologic’s approach as a company. “Their slogan, 'The Science of Sure,' sends a great message, in this day and age where there is lots to be unsure of,” wrote one respondent.

Added another: “The focus, their driven nature, their patient first outlook, their human feel. You're dealing with professionals whenever you deal with Hologic and their products are gold standard and best in class.”