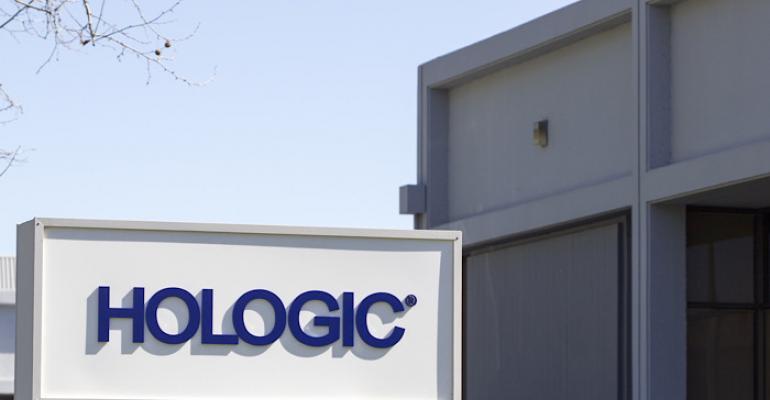 The Marlborough, MA-based company had some missteps in the past which include its $1.65 billion acquisition of Cynosure. But Hologic divested the company last year and has since turned the corner on quarterly performance.

Hologic rushed full force through its final quarter of 2020 garnering earnings and revenue to match.

The Marlborough, MA-based company brought in more than $1.3 billion – a direct result of strong sales from the firm’s COVID-19 offerings.

Hologic said its molecular diagnostics division, which includes its COVID-19 tests, brought in $819 million in revenue for the quarter a 376% increase compared to the final quarter of 2019.

The company also reported earnings per share was $3.98, which surpassed Zacks Consensus estimates by 26.8%

“We expect our strong financial performance to continue in the first quarter of fiscal 2021, driven by our COVID tests and continued recovery of our other businesses,” Hologic CFO Karleen Oberton said in a release.

Steve MacMillan, Hologic’s chairman, president and CEO, commented on the company’s trajectory during the firm’s most recent earnings call. MacMillan pointed out before the pandemic striking Hologic’s organic growth had been steadily increasing, from a trough of about 2% in early 2018 to a solid mid-single-digit rate in early 2020.

“Then COVID-19 changed everything,” Mac Millan said according to a Seeking Alpha transcript of the earnings call. “In the early days of the pandemic, we moved quickly to preserve cash and brace ourselves against the global macroeconomic shock. And at the same time, our diagnostics R&D team triggered what has become an incredible, division-wide response, one that exemplifies our purpose, passion, and promise.”

He added, “working around the clock, they developed our first COVID test for the Panther Fusion system in about two months. And as soon as our Fusion assay received its Emergency Use Authorization, we began working on a second test, an Aptima assay for our base Panther system that could run on more instruments and be produced in much larger quantities.”

The story for Hologic was quite different a year ago. Hologic was in the process of divesting its under-performing Cynosure unit for $205 million, a business it paid $1.65 billion in 2017. The idea was that Cynosure would take Hologic beyond its diagnostic reimbursement model and immerse it into the world of cash-pay aesthetic procedures.

Cynosure was acquired by an affiliate of investment funds managed by Clayton, Dubilier & Rice and about 825 employees transferred with the business.