HomeCOVID-19Is Abbott Looking for M&A Opportunities?
Recent
J&J MedTech Lands Clearance for INHANCE Shoulder System
May 19, 2022
The Robot Will Do Your Angioplasty Now
May 18, 2022
XACT Is Changing the Tone of Robotics in Healthcare
May 18, 2022
Medtronic Touts Cusp Overlap Technique in TAVR
May 18, 2022

Is Abbott Looking for M&A Opportunities? 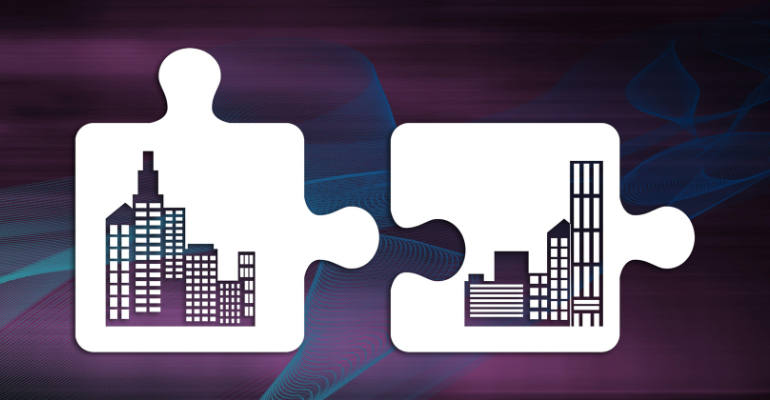 CEO Robert Ford hinted at the types of acquisitions Abbott is most likely to go after in 2022.

Abbott CEO Robert Ford didn't exactly show all of his cards during the company's latest earnings call, but he did hint that there may be some merger and acquisition (M&A) activity in 2022.

During the question-and-answer portion of the fourth-quarter 2021 earnings call on Wednesday, Vijay Kumar, a medtech analyst at Evercore, estimated that Abbott has somewhere north of $40 billion worth of capacity on the balance sheet, conservatively. Ford agreed that yes, Abbott does have plenty of capacity for M&A.

"We've generated a lot of strong cash flow, and quite frankly, it's been a meaningful step-up in that cash flow over the last 1.5 years or so," Ford said. "...We're in a great position now to be able to look at that."

Kumar noted that liquid biopsy and cancer screening diagnostics represents a massive market opportunity, and he asked Ford if that might be an area of interest, given Abbott's leadership position in other corners of the diagnostics market.

Not wanting to tip his hand entirely, Ford stopped short of answering the liquid biopsy question directly. His comments, however, do offer some insight as to where the companies’ priorities are in terms of M&A.

He also indicated that we're most likely to see Abbott go after tuck-in acquisitions and perhaps even some medium-sized deals, so long as the right opportunities present themselves.

"If it's strategic and it makes financial sense and we can deliver value for our shareholders," Ford said. "We are now in a great position as a result of all the efforts that we've had ... and now with COVID cash, that also helps."

Abbott reported global COVID-19 testing-related sales of $2.3 billion in the fourth quarter, with $2.1 billion of that coming from the sale of rapid tests such as BinaxNOW, Panbio, and ID NOW. The company has distributed more than 1.4 billion COVID tests globally since the start of the pandemic, and says it is working around the clock to further scale its operations.

Abbott's full-year 2022 forecast includes an initial COVID testing-related sales forecast of $2.5 billion, which the company expects to occur early in the year, with updates to that forecast anticipated on a quarterly basis. In an email to MD+DI, a company spokesperson said Abbott sees its guidance as a "prudent starting point" given the unpredictability of the virus and variants.

"We absolutely expect there to be COVID testing after the first quarter," Ford said during the call. "The question is at what level. As I said in the begininning, to be able to forecast a full year out like that, given the magnitude of how this can shift, it's just prudent to do it a quarter at a time."

Just in case Abbott does show interest in liquid biopsy, here's a quick look at that market

Liquid biopsies are the less-invasive alternative to surgical biopsies, and they allow physicians to discover information about a disease or condition through a liquid sample (usually blood, but sometimes urine). The space has seen tremendous growth over the past several years and is expected to achieve a market size of $26.2 billion by 2030 (from $7.1 billion in 2020), according to Precedence Research.

Several interesting developments over the past decade have helped to solidify the liquid biopsy space.

In 2016, Roche received one of the first FDA approvals for cobas EGFR Mutation Test v2, which can detect epidermal growth factor receptor (EGFR) gene mutations in non-small cell lung cancer patients. The test was intended to serve as a companion diagnostic test for the cancer drug Tarceva.

Qiagen has been another active player in the space, thanks to several key collaborations. Guardant Health continues to be a prominent name in liquid biopsy as well.

Few things, however, are more telling about the growth potential of this market than how hard Illumina has fought to get Grail back. After spinning out Grail in 2016, Illumina decided a little more than a year ago that it wanted the asset back, and was willing to pony up $8 billion to make that happen. The deal stalled when antitrust regulators began to scrutinize the merger. In an unprecedented move, Illumina went ahead and completed the acquisition of Grail despite antitrust regulation concerns, saying that it would keep both companies separate until an FTC investigation is complete. That decision ruffled feathers at the European Commission, which is also looking into the deal.

Whether or not Abbott will find a promising liquid biopsy target is anybody's guess at this point, but the company would be up against some hefty competition in the space. That said, Kumar is correct in that the market represents a massive opportunity for a company with Abbott's resources and cash flow, and it would certainly be an interesting move.

This Patch Can Monitor Your Body Temperature Continuously
May 05, 2022