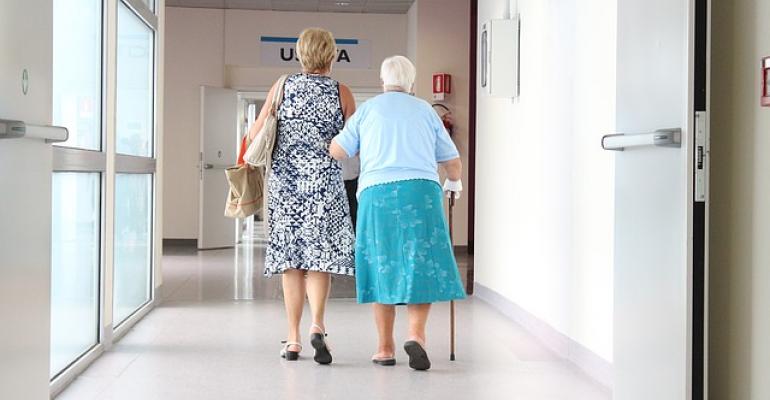 Here’s how manufacturing can help the medtech industry meet the growing health demands of baby boomers.

Here's how manufacturing can help the medtech industry meet the growing health demands of baby boomers.

With aging baby boomers leading the way, older Americans will outnumber children in this country in less than two decades, according to U.S. Census Bureau projections.

Those age 65 and older will overtake the number and percentage of those under age 18 by 2035 as the population of older Americans will more than double, from 46 million today to more than 98 million by 2060. In addition, those age 65 and older are living longer, working longer, and more educated than past generations. Simply put, "boomers will not get old," as demographer, author, futurist (and boomer himself) Kenneth W. Gronbach has declared.

Baby boomers seeking to stave off their own mortality will create what Gronbach terms "20 years of overwhelming demand for health care" as they age. That's because boomers, while generally healthier than their parents' generation, also are more likely to be obese, have diabetes or high blood pressure, and be less active than younger age groups, among other health concerns. Although their quest for a fountain of youth may not pan out, boomers and the growing number of older Americans will succeed in helping to reshape healthcare.

Along with the aging population, the rise of consumer-driven care, payers' increasing focus on value-based reimbursement, and health systems' continuing interest in outpatient services and home care are among factors driving significant change in the healthcare industry. Medical technology companies that adapt to these trends will find enormous opportunities to grow and thrive, as Boston Consulting Group wrote in its recent article, "Medtech companies need to transform while times are still good."

One step in that direction is shifting product portfolios to target aging patients who are increasingly sedentary and dealing with chronic diseases. Medtech companies need to become "agile innovators," leveraging new development paths. "To make tangible progress on an innovation agenda, medtech companies need to iterate more quickly, take calculated risks, and get comfortable with the notion of failing fast," the consultants' report said.

Medtech companies can get an assist in that regard from rapidmanufacturing companies that can help them prototype and develop medical devices, home care products, and prosthetics for the senior market.

Manufacturing partners with the ability to offer design feedback in a matter of hours and deliver parts within days can shorten the development cycle and get products through testing and on to the market quickly and efficiently. Also of value are suppliers with expertise in processes such as rapid overmolding--a form of injection molding that adds soft-touch grips and other benefits to products including toothbrushes, surgical instruments, and prosthetic fingers--and industrial 3-D printing of such parts as hip replacements and cranial implants.

The "additive bionic human" on display at last fall's International Manufacturing Technology Show in Chicago featured 3-D-printed implants and body parts, including tracheal implants, dental implants, and ribs, legs, joints, and hands that could help improve and extend the lives of older patients and others.

Ultimately, combining these manufacturing techniques with the principles of human factors engineering to improve safety and effectiveness of devices can help med tech companies accelerate development and get to approval and market more quickly with products offering the feel, aesthetics, usability, and other characteristics that appeal to consumers and clinicians.

Elderly consumers and professional caregivers are increasingly using medical technologies and devices in home settings as hospital stays shorten, outpatient treatment grows, and seniors seek to maintain independence. Examples range from syringes and assistive devices such as walkers to complex devices such as ventilators and infusion pumps. Diabetes, high blood pressure, and other chronic conditions to which the elderly are susceptible require regular use of monitoring devices. All of this is driving a market for personal or self-care devices that is estimated to reach a projected $19.6 billion globally in 2019, dominated by North America.

Seniors also are among those with a growing need for prosthetics, attributed largely to what many term the diabetes epidemic. Diabetes is the leading cause of limb loss in the United States, accounting for more than 65,000 amputations yearly. The number of people living with limb loss, with diabetes contributing greatly to the increase, is projected to double by 2050. An estimated 33% of Americans will have diabetes by then, according to numbers from the Amputee Coalition.

The 106 million Americans age 50 and older will spend $30 billion on health and wellness between 2014 and 2019, according to an AARP report. The opportunities in this market include developing products and services that will help seniors stay active; monitor vital signs; provide emergency detection and response services; and manage medication, diet, and nutrition.

"The aging population is presenting one of the greatest business opportunities in the medical device industry at the moment," Clark said. "Companies and start-ups in the bay area and around the nation that I'm talking to, they're all talking about serving that population."

In addition to those elements, Clark advised designers to consider the tasks users will have to undertake and the sequence and combination of steps necessary to use the device.

Beyond medical device makers, pharmaceutical companies are also recognizing this surging market and getting into medical device design, putting more investment and effort into developing drug-delivery devices that are less intrusive and easier to self administer.

FDA is keeping a close eye on device makers for the aging population, especially monitoring the way in which companies include and observe seniors in usability testing, Clark said.

"The FDA is really cracking down on high-risk populations, especially the elderly, and making sure that companies are doing their due diligence in watching end users use the device beginning to finish in an uninterrupted manner," Clark said.

"It is a regulatory requirement in the Code of Federal Regulations that a device manufacturer must define the intended use of the device and the actual needs of the user or patient and then prove through a final usability study or validation testing that the user is able to achieve safe and effective use of the product," Clark said.

For medtech companies, incremental improvements aren't good enough in today's fierce competition, the Boston Consulting Group study found. While the double-digit growth of the early 2000s marked "the gold age for med tech," sales gains have leveled off at around 4%. The strongest innovators in medtech--those that put more R&D money on big bets--outperformed competitors, another study found.

"The innovation model in medtech is more high risk, high reward than ever before, but companies that get it right will reap the benefits of strong pricing and growth in market share," the study said.

Because of the size and growth of the aging population, device designers need to understand that a greater share of that R&D investment will go to products for that group, said Jeff Schipper, global industry manager at Proto Labs, a Minnesota-based digital manufacturing company that specializes in 3-D printing, machining, and injection molding.

Manufacturing partners that can produce multiple iterations of the same product in parallel, so multiple iterations can undergo testing and even user trials at the same time, can help med tech companies reduce their risk by arriving at the best product design sooner. That can help them gain a first-mover advantage in the market and also can produce options that may be more cost effective to manufacture.

"This is the part of the market that because it's growing, companies should be capitalizing on," Schipper said. "There's going to be a lot more opportunity in the next five to 10 years to support things in this area because it has the largest market potential. Everyone is aware this is the big target to chase, so speed to market and getting the product that's going to be adopted the best are critical."

Medtech companies are interested in developing wearable and remote monitoring devices for blood pressure and other conditions, said Timothy Press, Midwest sales manager for Kraiburg TPE Corp., a Georgia-based thermoplastic elastomer compounding company. Materials that are resistant to skin oils and maintain a silky surface and soft touch work well in those applications.

The process begins with understanding what the customer wants the material to accomplish, focusing on design inputs such as skin contact, blood contact, contact duration, and colors and what cleaning or sterilization products a device will undergo.

"The earlier that we're involved in that process with customers, especially in medical applications, and the earlier that we understand what they're looking to accomplish, the more efficient we can be in helping that customer attain cost targets and eliminate concerns down the road as far as testing or any modifications," Press said.

During the usability engineering process, asking seniors about hearing or visual impairments or conditions that would affect their ability to handle the product, such as rheumatoid arthritis, can help identify design inadequacies and lead to design improvements, Clark said.

One example is redundant feedback systems in handheld devices such as auto-injectors, with visual and audio feedback confirming that the injection is taking place in cases where audio feedback alone may not be loud enough for older users. The overmolding process can add tactile feedback that will help an elderly user hold a device correctly and find the on-off button more easily, Clark said. Overmolding also can offer a visual indication of a device's function and use.

"Labels and words printed on medical devices tend to be very ineffective in helping users use the product properly," Clark said. "What overmolding and a thoughtful form design could accomplish might be the same effect but much more powerful by communicating visually what a user needs to do. You need to make it even more obvious for elderly users."

Todd Nelson is a writer for Proto Labs.