Photo of a liquid sensor for prosthetics by Alex Dolce, Florida Atlantic University. 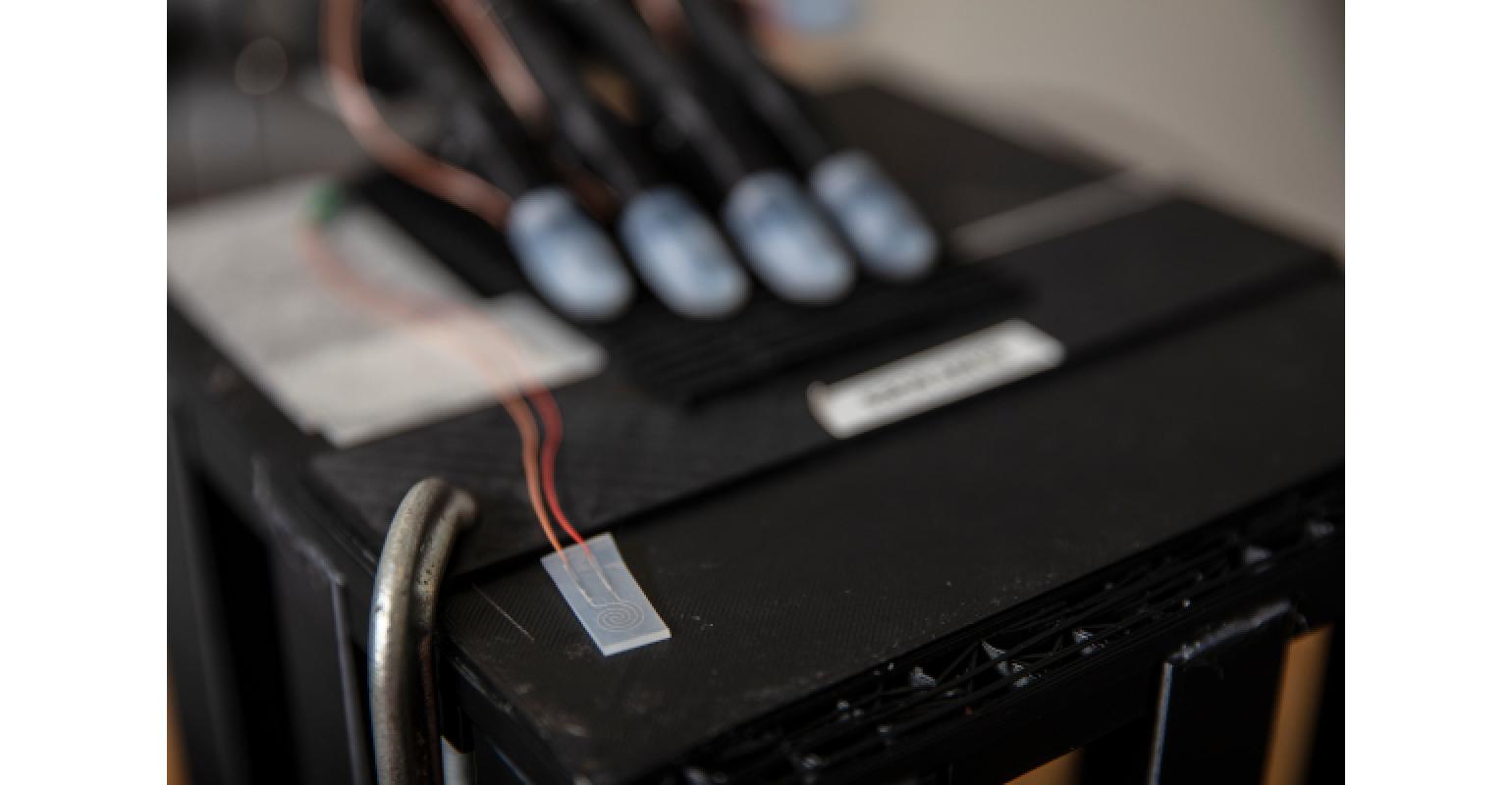 Liquid metal stretchable sensors may bridge the tactile gap for prosthetic hands, bringing a sense of “touch” to the technology.

Researchers at Florida Atlantic University’s College of Engineering and Computer Science created liquid metal stretchable tactile sensors for prosthetic fingertips, which could mimic human touch and improve the sense over time. FAU’s stretchable sensors were designed to address a few of the main drawbacks of prosthetics: lack of pressure sensation, physical barriers created by sensors, and ultimately, abandonment of prosthetics if functionality isn’t ideal.

Current prosthetic sensors are hindered by their physical size and shape, according to Erik Engeberg, PhD, associate professor in the ocean and mechanical engineering department and member of FAU’s Stiles-Nicholson Brain Institute, Institute for Sensing and Embedded Network Systems Engineering and Center for Complex Systems and Brain Sciences. “The bulk of sensors of this nature are typically rigid and non-compliant, which makes it difficult to interact with other people—shaking hands and holding children,” explained Engeberg. “The sensors are not conducive to human interaction.”

Traditional prosthetic hands also lack the sensation of touch, said Engeberg. “People have a very refined sense of touch and sensory devices are at best rudimentary.” While prosthetic hands provide an enormous aid to upper limb amputees, every day activities can still prove tricky with artificial fingertips, including picking up items. That’s because prosthetics lack the heightened sense of touch that human fingertips naturally possess from thousands of touch receptors, according to Florida Atlantic. These sensory receptors manage the delicate balance of applying enough pressure to grasp without dropping, but not so much pressure to crush an object. Prosthetics have struggled with managing this pressure balance.

Adaptability for Each Amputee

FAU’s newly developed sensor technology endeavors to improve the sensation capability of prosthetic sensors and to make them adaptable to the user. The stretchable sensors are composed of silicone elastomers with microchannels formed with photolithography. Liquid metal is injected into the microchannels, Engeberg explained, and resistance or pressure changes within the microchannels are used to detect textures. AI translates the resistance changes into “unique signatures” for specific textures. “Machine learning algorithms enable the prosthetic to distinguish between different kinds of textures,” said Engeberg. “Not just pressure, but the textures of corduroy versus suede, human skin versus fur of a pet.”

With machine learning, the sensors have the potential to improve with use and acclimate to the user as certain textures are repeatedly encountered in their everyday life. “Feedback helps to improve a big problem in prosthetics—device abandonment—because the prosthetic does not feel natural. What we’ve done is show that AI is capable of distinguishing textures.” Stretchable tactile sensors could improve the connection between device and user and lead to more meaningful use, with sensory information that is managed within the prosthetic device to decrease the cognitive burden on the amputee or routed back to the users’ body. The information could potentially be fed back invasively or noninvasively to the amputee, said Engeberg. 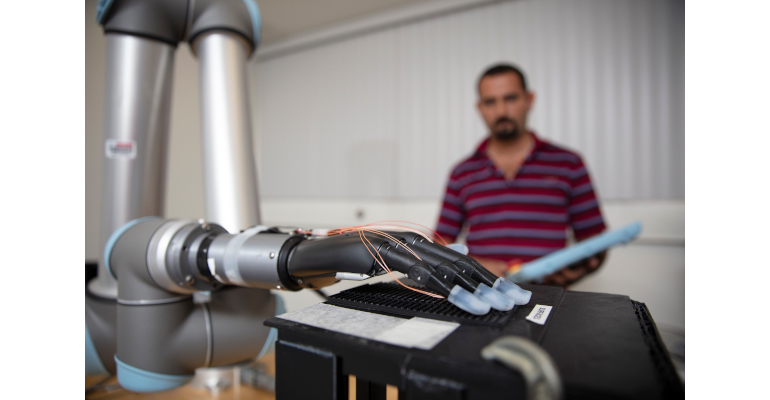 Next Steps in Development

Additional development is planned following confirmation of the feasibility of the stretchable sensors.  Potential next steps include trialing the sensors with amputees in a real-world setting.

The current data was based on recent trials of the sensors (20 trials for each of 10 textured surfaces) attached to four fingers. The trials gathered information on speed when the sensors were slid along the textured surfaces. The best performer among the algorithms demonstrated 99.2% accuracy in distinguishing between the 10 different textures, according to FAU. Data gathered was used to train four machine-learning algorithms and was published in a study in the journal, Sensors.

Another recent study in February by North Carolina State University and published in the journal, IEEE Sensors, utilized a flexible sensor to detect pressure changes at the site of the connection of the amputated limb and prosthetic. Designed as “conductive yarns,” the sensors could potentially be used in a sock and monitor the changes within a prosthetic device.