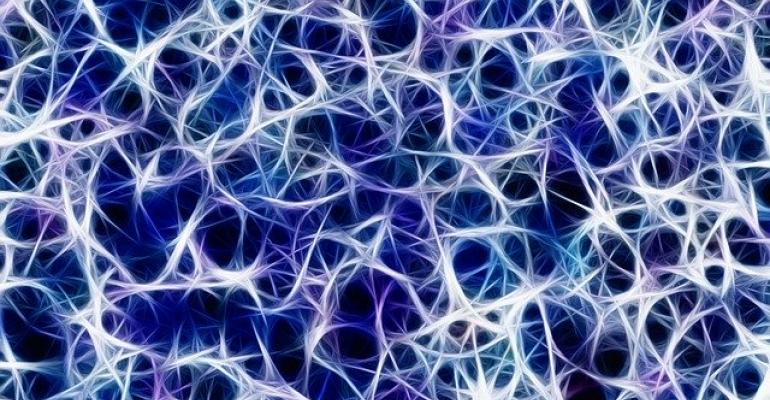 Image by Gerd Altmann from Pixabay
Can stimulating the vagus nerve inhibit bleeding during traumatic injury?

Jared Huston, MD, a trauma surgeon at Northwell Health on New York's Long Island, spoke straight to the point about the current state of treatment for hemorrhagic shock. While traumatic wounds to extremities can be treated with a tourniquet, such wounds suffered internally are often fatal unless the patient can be transported quickly to an operating room.

"There are no efficacious approaches to treating noncompressible hemorrhage," Huston said. "That's really the problem. If you're injured intra-abdominally or in the chest, and you're not brought somewhere where a trauma surgeon can operate on you and stop the bleeding, you're in real danger. Yes, you can give fluids or blood, but those are just temporizing measures."

Huston, however, is in the vanguard of exploring novel ways of addressing such hitherto untreatable trauma. Also an assistant professor in the Institute of Bioelectronic Medicine at Northwell's Feinstein Institutes for Medical Research, Huston is one of the inventors of a technology called (and trademarked) the Neural Tourniquet. The technology uses electrical pulses to stimulate the vagus nerve into signaling the circulatory system to inhibit bleeding. According to Huston, the advantages of vagus nerve stimulation include its non-invasive nature and adaptability to numerous deployment scenarios, including battlefields, emergency rooms, and even patients' homes.

"The advantage of this technology is it is not placed locally at the site of the injury," Huston said. "It activates a systemic pathway. Regardless of where you're actually bleeding, this will work. That's the advantage in situations like an abdominal injury, which you can't access without being a surgeon. We can activate it from a central location, wherever you're bleeding."

Currently licensed to Morris, CT-based Sanguistat Inc., which Huston said is in Phase II of a clinical trial testing its efficacy in post-partum hemorrhage, the device has roots in research funded by the U.S. government's Defense Advanced Research Projects Agency (DARPA). Huston is among a team of Feinstein Institutes researchers who sought to explore whether the vagus nerve's role in controlling post-injury inflammation could also work in stemming bleeding.

"The first issue your body has to deal with is to stop the bleeding and the second thing is to control an infection," Huston explained. "We hypothesized that if the vagus nerve is controlling the infection part it is perhaps also helping to stop the bleeding, because that will kill you first. We did some experiments and discovered the vagus nerve is controlling both of those processes."

Essentially, the pulses from the signaling device through the vagus nerve are picked up by a molecular receptor on blood platelets in the spleen. These "educated" platelets then circulate to the scene of the injury and stem bleeding (in early experiments on pig's ears, bleeding times were reduced by 40 percent and blood loss by 50 percent).

"The body stores platelets in the spleen, and a significant amount of blood passes through the spleen every minute," Huston said. "So we look at it as the perfect interface for the cells to pick up the neural signal, then go throughout the body and do their job. That receptor, the alpha 7 receptor, is on the platelets and is the receptor that the vagus nerve, via additional cells, is educating the platelets through. Without that receptor, the system does not work. It is a highly specific and specialized pathway."

Huston said Sanguistat, where he is a senior advisor, has developed prototype devices; if those devices enter the market, he said, it is likely that different use cases will call for different device forms and sizes.

Huston hesitated to speculate whether the device would find its first viable market in civilian or military scenarios.

"It's a little difficult trying to conduct a clinical trial in civilian trauma because you need enough patients with a similar disease mechanism to test it," he said. "Fortunately, unlike 20 years ago, the amount of trauma in general, at least penetrating injuries, has decreased. So while it is certainly possible to do a civilian study, the military is equally advantageous to study it. I'm not sure which way it will go."

Another defense agency funded project into alternative hemorrhagic shock-fighting technology, a MEMS-based implantable device, was developed by researchers at the Massachusetts Institute of Technology's Institute for Soldier Technologies under a project funded by the Army Research Office.

Noel Elman headed the MIT research project, which reached the pre-clinical trial phase. The device, which Elman said was about a centimeter long, a half centimeter wide, and a half centimeter thick, was designed to be activated after sensing changes in arterial pressure or heart rate. He has since gone on to establish Gearjump Technologies, which develops controlled-release technologies, particularly in pest control and protection and agriculture, that share many of the same principles of the MIT device. Elman said the original impetus for the MIT work, trying to find a way to preemptively protect soldiers in combat zones by implanting a small device in their bodies, has also given rise to pondering a similar approach for other conditions.

"For people who suffer from, or who are more prone to certain acute episodes for which time is of critical importance from the onset of the episode until treatment, it makes sense to have some more implantable devices, if it is justified," Elman said.

For example, he said, any micro-reservoir that needed to be depleted every day would likely not be a good candidate for implantation, but an acute condition, such as hemorrhagic shock or anaphylaxis brought on by food allergies, could prove to be suitable.

"The question is when does it make sense to stop using an injector and start making sense to use an implantable device?" Elman said. "There is a link to that because a lot of the pharmaceutical companies are more focused on the user experience — not just using a drug but also how that drug is going to be delivered. Right now, we are seeing more and more drugs which users inject themselves, but later, for patients at high risk, there will be justification for implantable devices.

"One of the key aspects is if you have an implantable device, you want to make sure that the drug will be effective when it is used. So you have to make sure the drug is in stable condition. There are a few devices we are still working on. It's more in the R&D phase. I still think that sometime in the future, autonomous systems will eventually address conditions where it will be justified. The technology is more advanced than the regulatory aspects."