TAVR Puts the Swagger Back in Mick Jagger 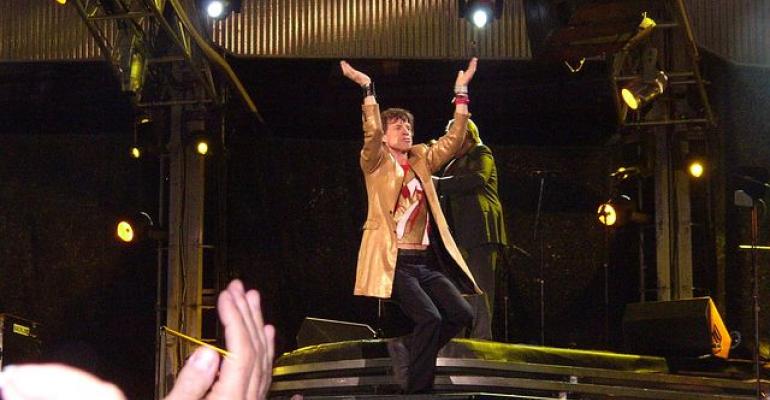 Thank you everyone for all your messages of support, I’m feeling much better now and on the mend - and also a huge thank you to all the hospital staff for doing a superb job.

Problems for the 75-year-old began late last month after the rocker fell ill. As a result, the Rolling Stones had to cancel their North American tour. News eventually got out that he would be undergoing a TAVR procedure. TAVR is a minimally invasive surgery that repairs the valve without removing the old, damaged valve. Instead, it wedges a replacement valve into the aortic valve's place.

Bloomberg reported that in a research note Larry Biegelsen, an analyst for Wells Fargo spoke about how Jagger’s experience was drawing attention to the space.

Biegelsen wrote this will “likely raise awareness of aortic stenosis and potentially lead to more TAVR procedures which should benefit the TAVR manufacturers,” according to the report from Bloomberg . “When celebrities like Mick Jagger undergo a surgical procedure, it tends to shine a light on the underlying disease and raise awareness of the procedure itself because of the publicity it generates.”

The procedure has been getting some heavy publicity lately. Prior to Jagger’s procedure, A March 20th article from Michigan Health reported how TAVR helped a 70-year-old go from having 18 months to live, to getting healthy enough to dance at her wedding.

In addition, results presented at the American College of Cardiology Conference from a multicenter clinical trial significantly boosted the procedure. Findings from the study show that TAVR performed better than open-heart surgery in low-risk patients with severe aortic stenosis.

“These devices have already shattered many treatment paradigms and we expect them to continue to impact how heart valve disease is treated in the future,” Biegelsen wrote in his report, according to a report from Bloomberg.

The two companies that would benefit the most from Jagger’s procedure are Edwards Lifesciences and Medtronic. These are the only firms that have approval for TAVR in the U.S. and in Europe. Irvine, CA-based Edwards is known as the pioneer in TAVR and FDA approval for the Sapien valve in 2011.

Medtronic entered the market through its acquisition of CoreValve for $700 million plus two potential milestone payments of $75 million. The Dublin-based company as able to win a nod from FDA approval for the CoreValve technology about five years ago.

Waiting in the Wings

Boston Scientific is probably the next company to enter into the U.S. market with a TAVR device. The Marlborough, MA-based firm has developed the Lotus Valve – a technology that has seen its share of hiccups in the past. Boston Scientific said in August of 2018 it could get FDA approval for the Lotus Edge in mid-2019.

In addition, Boston Scientific has the Accurate Neo, a valve it gained access to when it acquired Symetis in 2017 for $435 million.

While Boston Scientific, Medtronic, and Edwards are the largest TAVR players, there are smaller firms that make up the space.

One of these firms – JenaValve, won a nod from FDA for expanded IDE enrollment of its Pericardial TAVR System with the Everdur transcatheter heart valve. The measure takes eligible enrollment from 20 patients to 80 at high or extreme surgical risk.

Colibri Heart Valve LLC went back to the drawing board with its second-generation TAVR System and redesigned the device. The Broomfield, CO-based company began a feasibility study of its valve in March of 2019.

Another company that is innovating in the space is Meril Lifesciences. However, unlike other players in the TAVR, Meril said it is aimed at commercializing its systems in emerging markets first.