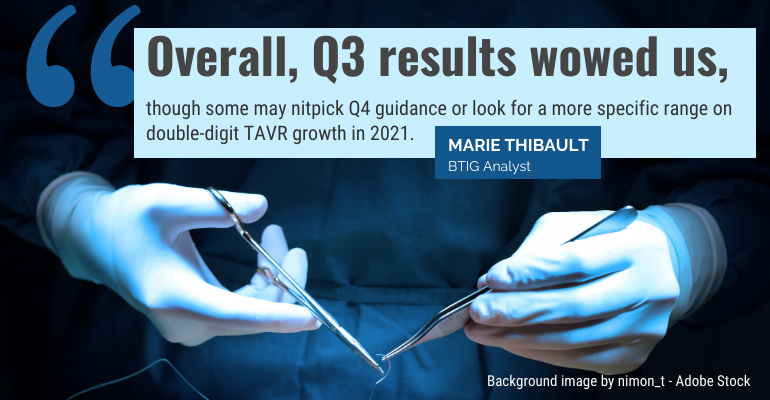 The patient referral channel for transcatheter aortic valve repair (TAVR) is recovering nicely, if Edwards Lifesciences' third-quarter sales are any indication. The TAVR pioneer reported tglobal TAVR sales of $745 million, an increase of 6% over the third quarter last year.

"Global TAVR sales headlined our growth with continued adoption of our Sapien valve platform and a step-up in procedure volumes as newly diagnosed patients entered the system and were treated," CEO Mike Mussallem said during the company's third-quarter earnings call.

Mussallem said the company expects to return to double-digit growth in 2021, but he stopped short of offering a more specific range.

"Global TAVR growth reinforces our belief in our projection of a $7 billion plus opportunity by 2024," Mussallem said.

To say that analysts were impressed by the results that Edwards posted this week might be an overstatement.

"Overall, Q3 results wowed us, though some may nitpick Q4 guidance or look for a more specific range on double-digit TAVR growth in 2021," Marie Thibault, a medtech analyst at BTIG, wrote in a report published Wednesday. "We anticipate more detail at the Dec. 10 annual investor day."

Although third quarter treatment rates were lifted somewhat by the postponement of treatment in the second quarter, particularly in Europe, Mussallem said he believes there is no longer a significant backlog of TAVR patients in the system.

What makes Edwards' TAVR sales growth even more impressive is the fact that there was growth despite being up against a tough comp quarter, because TAVR sales grew 30% in the same period last year. Mussallem noted that 100% of the company's active TAVR sites across 50 states have returned to performing TAVR procedures. That beats the second-quarter, during which 90% of the company's active sites had resumed TAVR procedures. The company has 750 centers in the United States performing TAVR with Edwards valves, and Mussallem said two-thirds of those centers have completed training and proctoring with Sapien 3 Ultra (pictured below). 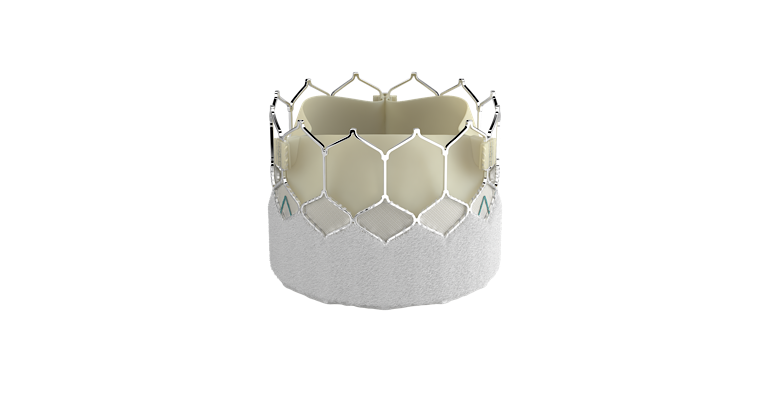 Mussallem cited two recent studies that demonstrated the consequences of delaying treatment for aortic stenosis (AS). Aortic Stenosis Defer (AS DEFER), a recent Swiss study, showed that nearly 20% of patients who delayed a previously scheduled aortic valve replacement reported to the hospital with valve related symptoms or worsening heart failure. Another study, conducted last month by researchers at Mount Sinai Hospital, found that 10% of patients waiting for aortic valve replacement, required urgent TAVR, or passed away during the first month after elective procedures were halted due to COVID. That study also showed that after three months, 35% of patients affected by the ban on elective procedures either required an urgent intervention or died.

"There is growing recognition that postponing treatment of AS has significant consequences. At the same time however, we know that this remains a very difficult time for the patients we serve as they continue to weigh the risk of COVID against the severe effects of progressive heart valve disease," Mussallem said. "Our observations indicate that most hospitals globally have determined that they can safely treat their AS patients in need and at the same time care for COVID patients."