Startup vs. TAVR Goliaths: A Tale of Polymer Against Metal 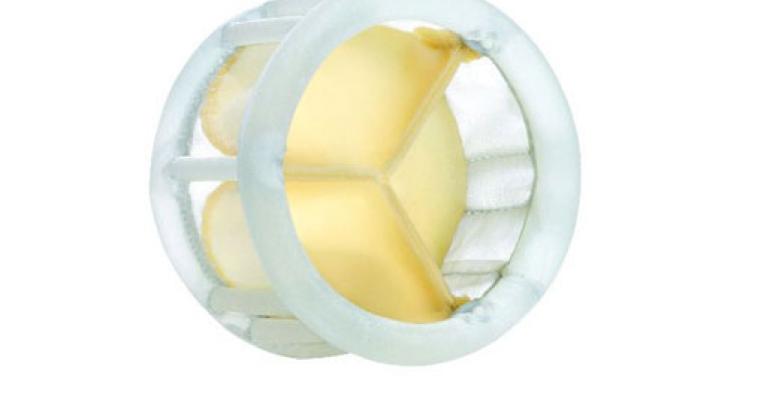 Many expect transcatheter aortic valve replacement will in the future become the standard of care for patients who suffer from aortic stenosis where there is a narrowing of the space between the heart and aorta.

Many expect transcatheter aortic valve replacement will become the standard of care in the future for patients who suffer from aortic stenosis. Up to 1.5 million in the U.S. suffer from this condition where there is a narrowing of the space between the heart and aorta and can severely affect daily life such as walking or climbing stairs.

Edwards Lifesciences and Medtronic dominate the field althought TAVR products from Boston Scientific and St. Jude Medical are approved in Europe as well as products from other smaller players. One of those is Direct Flow Medical.

In early October, the Santa Rosa, CA, company reported one-year results of its commercial registry that showed that those treated with the Direct Flow TAVR valve had 82% freedom from all-cause mortality and 90% freedom from cardiovascular mortality. Further, 95% of patients experienced mild or less paravalvular regurgitation, with 85% of patients showing zero or trace paravalvular leak.

As Direct Flow Medical takes on the TAVR Goliaths, the company will be able to tout a few differences - one, a completely metal-free frame - polymer is used instead - and low paravalvular leak.

"That is a real point of differenttiation," said CEO Dan Lemaitre of the low paravalvular leak. "If you do look at the medical literature, competitive devices, especially the commercial ones, cannot achieve that and there's data out there that would suggest that if you can minimize or eradicate PVL, there is a higher survival rate in patients."

One of the factors for low PVL is the polymer rings. The other is the ability to see what the final outcome of the placement will be by being able to fully expand the valve.

"So you know what the PVL is before you close," Lemaitre explained.

He added that other companies have tried to minimize paravalvular leak - where the blood flows backward into the left ventricle - but the price for that is a higher pacemaker rate.

"In the latest registry data, our pacemaker rate is 12%...[while] some of the other competitive products have pacemaker rates that are 15% - 20% and one in particular that does a phenomenal job of removing PVL has a pacemaker rate of more than 30%," Lemaitre said.

The Direct Flow TAVR valve also provides other benefits by eschewing the metallic cage, which houses the valve.

"The first thing that clinicians will tell you is that without the rigidness of a metal frame, we have a device that is more trackable," he said.

In other words, it's easier for the surgeon to move the device through the femoral artery. The device is also repositionable and fully retrievable, which means that surgeons have a chance for a do-over if the valve placement is not optimal. They can take it out and start again.

"There is I believe only one other product on the market that has the completely retrievable feature," Lemaitre declared.

That happens to be the Lotus TAVR valve from Boston Scientific, which is approved in Europe, just like the device from Direct Flow Medical.

Lemaitre said that the starup has raised $100 million till date and is looking to raise more money given that the company has embarked upon an 18-month study and one-year follow up, whose results will form the basis of an FDA submission. The study will enroll more than 900 patients in a randomized trial in which Direct Flow Medical's valve will be compared to Medtronic's CoreValve.

Given Lemaitre's background — he was a senior vice president of Medtronic, then became CEO of CoreValve before overseeing its purchase by Medtronic for $800 million - raising money for a new venture should not be too onerous.

But besides experience, he has other reasons to be confident about fundraising. Direct Flow Medical already has 5% market share in Europe, Lemaitre said even though it is only in 15% of European medical centers that offer the procedure.

"At a very early stage, we have been able to capture 5% of the market when we are in a fraction of accounts right now," Lemaitre said.