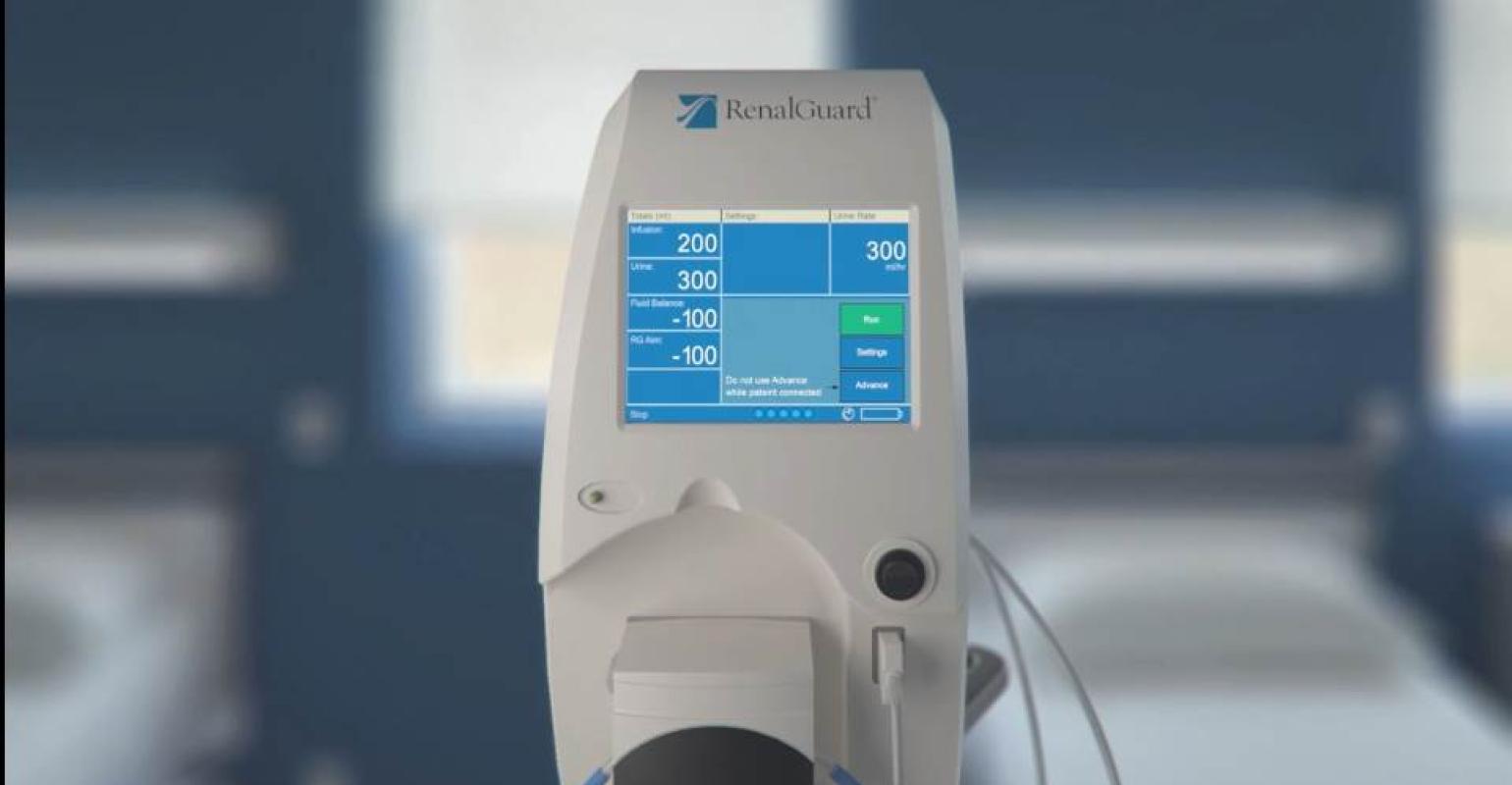 The RenalGuard-Guided Diuretic Therapy technology has CE mark, but it has yet to garner a nod from FDA.
The company is now gearing up for a larger more in-depth study that could put it on the path to get a nod from FDA.

A feasibility study could help put RenalGuard on the path to commercialization in the U.S. for its diuretic therapy. The Milford, MA-based company presented the results of the RenalGuard-Guided Diuretic Therapy, during a late-breaking presentation at the European Society of Cardiology Heart Failure conference in Vienna.

The company’s technology is comprised of a Console and a RenalGuard Single Use Set for infusion and urine collection. The Single Use Set contains a urine collection set which connects to a patient's Foley catheter and an infusion set which connects to a standard IV catheter. The console measures the volume of urine in the collection set and infuses an equal volume of hydration fluid to match the patient's urine output. The Console relies on software and electronic weight measurements to control the rate at which fluid is infused and to monitor urine volume.

“We make sure the patient’s intravascular volume is maintained, while allowing the patient to lose fluid up to a clinician-set fluid loss limit,” Jim Dillon, RenalGuard, president and CEO, told MD+DI. “As much as they put out in terms of urine output, we put in, in terms of IV solution. “We measure that balance six times a minute. In the application for heart failure we’re dealing with an enormous population of fluid overloaded patients.”

Study results showed a significant improvement in breathing patterns and diuretic efficiency among patients treated with RenalGuard-Guided Diuretic Therapy, creating a more than two-and-a-half-fold increase in the amount of urine they produced.

The average change in estimated kidney function at 30 days after the trial, measured using the glomerular filtration rate, showed an average increase of 8%, with three patients demonstrating an increase of more than 25%.

Plans now call for RenalGuard to launch a larger trial for the device, which has CE mark. Dillon said before the end of the year the company could have data from this optimization study.

“We’re going to be doing a trial that will be [tasked] with proving that we will be able to optimize that fluid removal in these patients,” Dillon said. “That trial will consist of both European and hopefully U.S. sites. We will be working with FDA and anticipate at some point getting an IDE. It’s something we’re aggressively moving toward.”