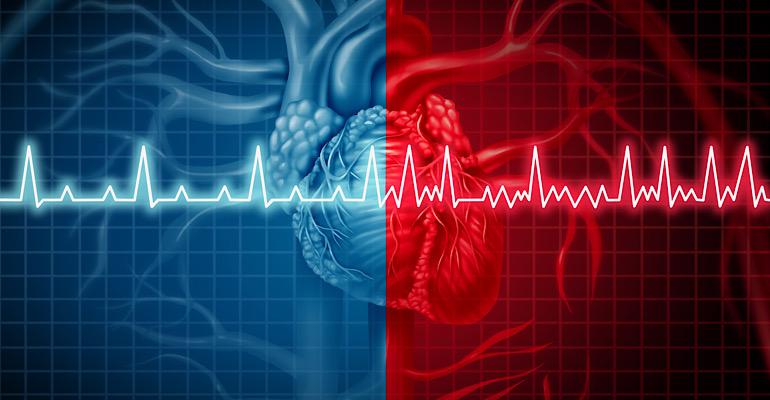 The Dublin-based company inherited the DiamondTemp Ablation (DTA) system when it acquired Epix Therapeutics for $316 million in 2019.

Medtronic could have a big year in the atrial fibrillation treatment (Afib) space. The Dublin-based company began to show this might well be the case when it announced FDA greenlit the DiamondTemp Ablation (DTA) system.

The device treats patients with recurrent, symptomatic paroxysmal Afib and who have been unresponsive to drug therapy. DTA is a temperature-controlled open-irrigated RF ablation system designed to deliver RF energy (heat) during ablations and delivers real-time feedback on physical parameters, which can guide physicians as the lesion is being produced.

DTA’s approval was based on results from the DIAMOND-AF trial. It is a prospective, multicenter, single-blind, non-inferiority, randomized, controlled trial designed to compare the safety and effectiveness of the DTA system against a contact force-sensing ablation system (control arm) for the treatment of patients with recurrent, symptomatic, paroxysmal atrial fibrillation (PAF) whose condition is unresponsive to drug therapy. The trial enrolled 482 patients (239 DTA, 243 control) across 23 sites in the U.S., Europe, and Canada.

Results demonstrated freedom from patient complication rate of 96.7% in the DTA group vs. 93.4% in the control. Primary effectiveness for the treatment of Afib was met in 79.1% of DTA and 75.7% of control subjects.

During the 39th annual J.P. Morgan Healthcare conference, Geoff Martha, Medtronic’s CEO and chairman, spoke on the importance and potential impact of the DTA system.

“It’s the only product with closed-loop temperature control, which allows the physician to titrate the actual temperature of the tissue,” Martha said according to a Seeking Alpha transcript of the conference panel. “We believe DiamondTemp and then our Pulsed Field Ablation product gives us the opportunity to meaningfully disrupt the $6 billion EP ablation market.”

Medtronic inherited the DTA system when it acquired Epix Therapeutics in 2019 for $316 million.

Martha said that 2021 could see the approval of another Afib treatment device from Medtronic.

“Another 2021 catalyst in the cardiovascular area that we are awaiting is the first-line indication for paroxysmal Afib using our Arctic Front cryoablation system,” Martha said according to the Seeking Alpha transcript. “We are expecting FDA approval for this in the first half of 2021. The clinical data was just published in the New England Journal of Medicine and the benefits of cryo vs. drug therapy were profound. This can open up a large market opportunity for Medtronic in a patient population that is highly motivated to seek treatment. It’s also another example of how med-tech is moving further upstream in the care continuum and bumping off pharma in many different disease areas.”