HomeMarketsCardiovascularMedtronic Pulls the Plug on the HVAD System
Recent
Markets
Foster Teams Up with AdvanceSource & More Supplier News
May 27, 2022
Medtronic to Spin Renal Business into New Company
May 26, 2022
Why Diversity in Medtech Matters
May 26, 2022
MD&M South Set to Debut in June
May 26, 2022

Medtronic Pulls the Plug on the HVAD System 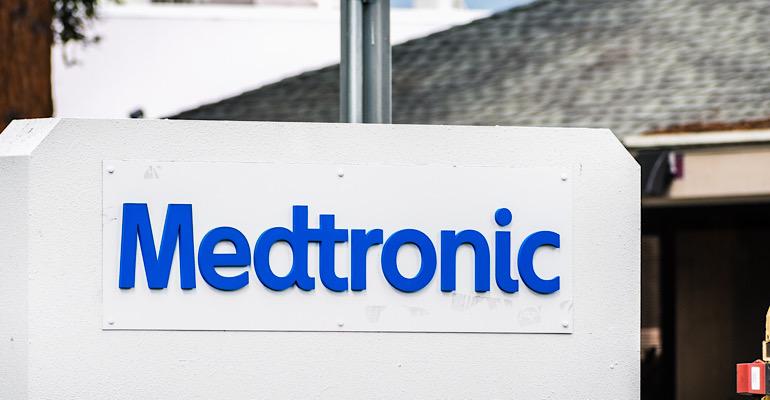 Abbott said it has the capacity to fill in the gap left by Medtronic stopping the sale and distribution of the HVAD system.

Medtronic is stopping the sale and distribution of its embattled HVAD system. The Dublin-based company said it initiated this action in light of a growing body of observational clinical comparisons indicating a higher frequency of neurological adverse events, including stroke, and mortality with the HVAD System as compared to other circulatory support devices available to patients.

The Dublin-based company notified physicians to cease new implants of the HVAD System, which brought in $141 million in fiscal year 2021, and transition to an alternative means of durable mechanical circulatory support.

Medtronic also announced that it is developing a support program for patients who have had an HVAD implanted and for caregivers and health care professionals who participate in their care. This program is being developed with an independent panel of clinician advisors to ensure the ongoing care and safety of patients who are currently supported by the HVAD system.

"The Medtronic Mission guides us to always do what is in the best interests of patients and that is exactly what we are doing and will do for those impacted by this decision. There is nothing more important than the safety and well-being of patients," said Nnamdi Njoku, president of the Mechanical Circulatory Support business, which is part of the Cardiovascular Portfolio at Medtronic. "We recognize this information may be concerning for patients and their caregivers, and Medtronic is committed to supporting them in coordination with their physicians."

Medtronic inherited the HVAD system when it acquired HeartWare for $1.1 billion in 2016. HeartWare was the biggest deal Medtronic engaged in since it acquired Covidien. It also took place during one of Medtronic’s buying sprees.

The rationale behind obtaining HeartWare was pretty straightforward. The Framingham, MA-based company was one of two big players in the U.S. left ventricular assist device (LVAD) market. Thoratec was the other and it was acquired by St. Jude Medical for $3.4 billion in 2015. (Editor’s Note: Abbott Laboratories went on to acquire St. Jude and inherit Thoratec’s LVAD device.)

Ironically, Thoratec once tried to acquire HeartWare but abandoned the deal because of anti-trust concerns.

A History of Issues and Abbott Steps In

The HVAD system has had a history of problems – even before Medtronic acquired HeartWare. In 2015, HeartWare recalled more than 18,000 batteries ventricular assist devices it sold between 2013 and 2015. The batteries would lose power prematurely due to faulty cells, according to a notice from FDA, which designated the recall Class I.

A month after Medtronic purchased HeartWare, the system was involved in two significant recalls. One involved 8,799 HVAD controllers that were potentially damaged from exposure to moisture through loose power and data connectors. The other involved 350 unimplanted kits sitting in hospital inventory that were susceptible to electrical faults and connection failures from fluid entering the driveline-to-controller connector.

In 2018, Medtronic had a recall that included 204,017 devices. The issue stemmed from an interruption of the electrical connection between the device’s power source and the HVAD controller.

In May of 2020, the company faced another issue with the HeartWare HVAD and recalled the device’s outflow graft and outflow graft strain relief because of the risk of breaks and tears during the pre-implant pump assembly process.

The problems didn’t stop there.

In early March, MD+DI reported that Medtronic had recalled the pump implant kit for the HVAD because the device may fail to initially start, restart, or have a delay in restarting after the pump stops. That recall was initiated by the company in November of 2020, but FDA didn't call attention to the recall until early March after two deaths and many serious injuries were reported.

Since Medtronic announced it was pulling the HVAD off the market, Abbott Laboratories said it has the capacity and supply to effectively support the growing demand for mechanical circulatory support (MCS) devices with its HeartMate 3 device.

"For years we have seen truly life-saving results in patients treated with mechanical circulatory support devices. Ensuring continued access to these devices is critical for patients," said Mike Pederson, senior vice president of Abbott's electrophysiology and heart failure business. "We are working to ensure that physicians have the support and training they need as they further adopt HeartMate 3 to improve outcomes for their advanced heart failure patients."