Medtronic FDA Approval Marks a Turnaround in the Paclitaxel Story 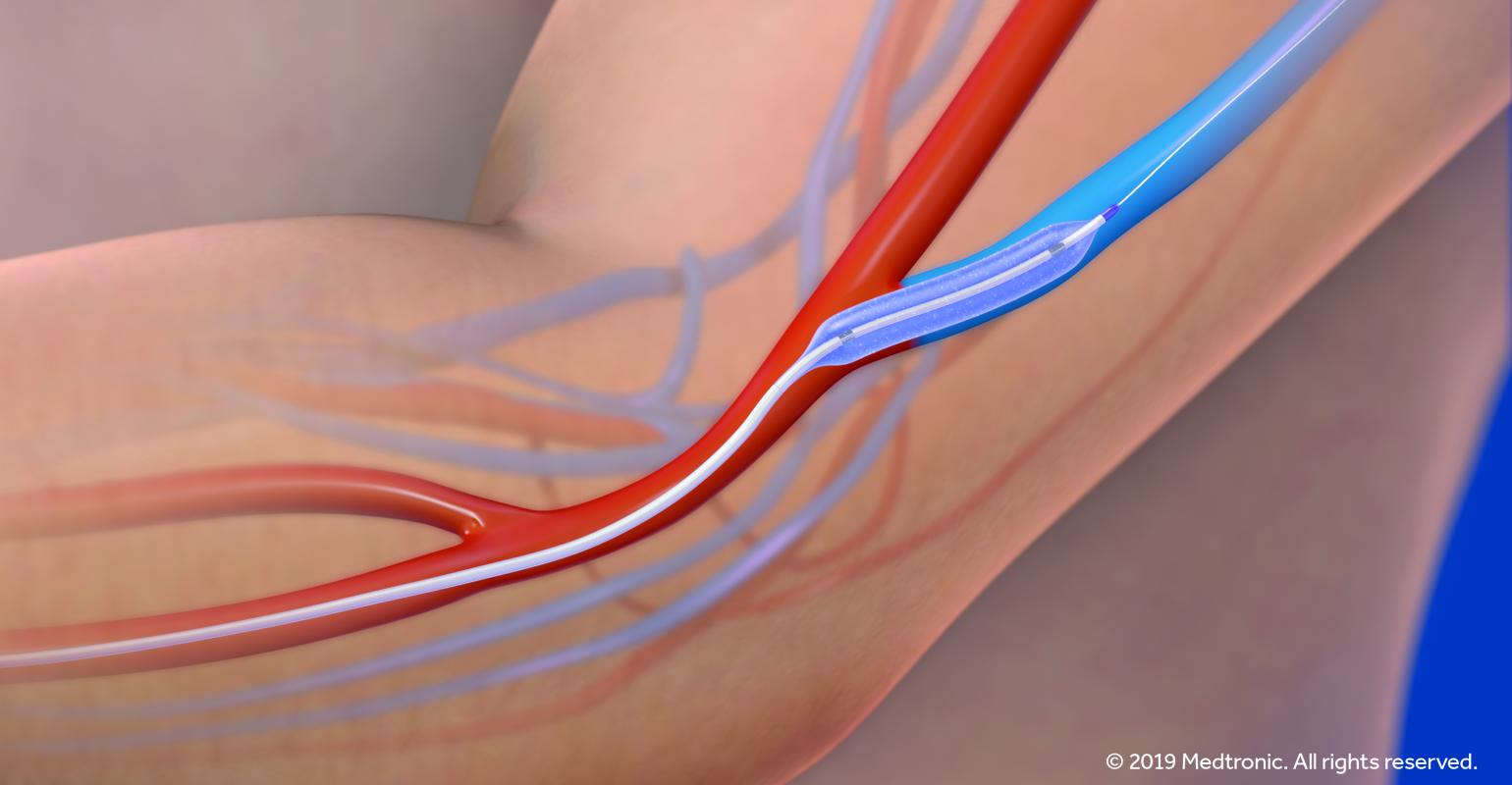 The IN.PACT AV DCB leverages technology from Medtronic’s IN.PACT Admiral platform. The device is designed to increase blood flow and reduce the thickening of the vessel wall by delivering the proven anti-proliferative drug paclitaxel. This drug penetrates deep into the vessel wall to prevent restenosis and has the potential to extend the time between reinterventions.
FDA approved Medtronic's IN.PACT AV drug-coated balloon for the treatment of failing arteriovenous access in patients with end-stage renal disease undergoing dialysis.

Paclitaxel-coated balloons and paclitaxel-eluting stents caused quite the stir for manufacturers and physicians this year, but an FDA approval this week marks a major step forward for this category of devices.

AV fistulae are created and used to enable hemodialysis for patients with ESRD. Over time, vessel restenosis limits the ability to use AV fistulae effectively. In order to restore function, patients often undergo one to three maintenance procedures per year, which can result in significant disruptions to critical hemodialysis care and increased costs to the healthcare system. Pivotal randomized trial results from the IN.PACT AV Access trial have shown IN.PACT AV drug-coated balloon (DCB) can extend the time between reinterventions by maintaining AV access site patency, therefore maximizing a patient’s uninterrupted access to life-saving dialysis care.

“In many cases, AV fistula are considered lifelines for patients with ESRD as they are the primary access point for life-saving dialysis treatment. When these access sites fail, patients experience delays in their dialysis treatment and require multiple reinterventions to keep the site functioning,” said Vincent Gallo, MD, interventional radiologist at Holy Name Medical Center in Teaneck, NJ, and an investigator for the IN.PACT AV Access trial. “With this approval physicians now have access to a safe and extremely effective therapy to slow the progression of restenosis, which results in fewer reinterventions and disruptions in care for these patients.”

FDA  eased up on paclitaxel device recommendations in August, seven months after a meta-analysis showed an increased risk of death for patients treated with paclitaxel balloons and stents. The issue drove a market decline of about 50% and may have been a deciding factor in FDA's rejection of Becton, Dickinson and Company's (BD) Lutonix paclitaxel-coated balloon for below the knee peripheral artery disease.

FDA has been working with manufacturers on updates to device labeling and clinical trial informed consent documents to incorporate information about the late mortality signal. The agency said it is also actively working with manufacturers and investigators on additional clinical evidence development for assessment of the long-term safety of paclitaxel-coated devices.

Medtronic and other manufacturers felt the pinch this year as doctors held off on using paclitaxel-eluting stents and paclitaxel-coated balloons while they waited to see how the controversy shook out. Medtronic reported earlier this year that the company saw a "very dramatic 50% reduction" in volumes in the United States for drug-coated balloons.

The recent FDA approval is based on data from a prospective, global, multicenter, blinded, randomized (1:1), investigational device exemption study, which enrolled 330 subjects, and evaluated the safety and effectiveness of the IN.PACT AV DCB at 29 sites in the United States, Japan, and New Zealand. Early data presented at the Cardiovascular Interventional Radiological Society of Europe met the primary endpoints in demonstrating the comparable safety and the superior effectiveness of IN.PACT AV DCB compared to percutaneous transluminal angioplasty (PTA). Patients treated with IN.PACT AV DCB maintained patency longer and required 56% fewer reinterventions compared to those treated with standard PTA through six months. Through 12 months the data also showed no difference in mortality rates between the IN.PACT AV DCB group and the PTA control group. Finally, data presented at VIVA 2019 demonstrated superior patency was achieved with IN.PACT AV DCB versus PTA in both de novo and restenotic lesions, and all studied types of AV access.

“Until now, there were virtually no therapies available to treat AV fistulae lesions that had demonstrated an ability to maintain primary patency and reduce reinterventions over time,” said Robert Lookstein, MD, national principal investigator in the U.S. and professor of radiology and surgery, vice-chair of interventional services, and medical director of clinical supply chain at Mt. Sinai Healthcare System in New York, NY. “In the largest AV DCB pivotal study to-date, IN.PACT AV DCB demonstrated the highest primary patency rate through six months and significantly lowered the rate of reinterventions required to maintain patency. With this evidence and approval in hand, we now have a technology that provides a significant clinical benefit of a 56% reduction in repeat interventions, which I believe is a huge win for the hemodialysis community and the patients we treat.”

The IN.PACT AV DCB leverages technology from Medtronic’s IN.PACT Admiral platform. The device is designed to increase blood flow and reduce the thickening of the vessel wall by delivering the proven anti-proliferative drug paclitaxel. This drug penetrates deep into the vessel wall to prevent restenosis and has the potential to extend the time between reinterventions. In 2016, the CE mark indication for IN.PACT Admiral DCB was expanded for the treatment of failing arteriovenous (AV) access in patients with end-stage renal disease undergoing dialysis.

“The FDA approval of IN.PACT AV DCB marks a significant step forward for paclitaxel-coated devices. Importantly, it allows us to expand our proven IN.PACT DCB platform beyond the superficial femoral artery,” said Mark Pacyna, vice president and general manager of Medtronic's peripheral vascular business in the cardiac and vascular group. “We are excited to bring this technology to physicians in the U.S. and to help improve the lives of patients living with ESRD.”