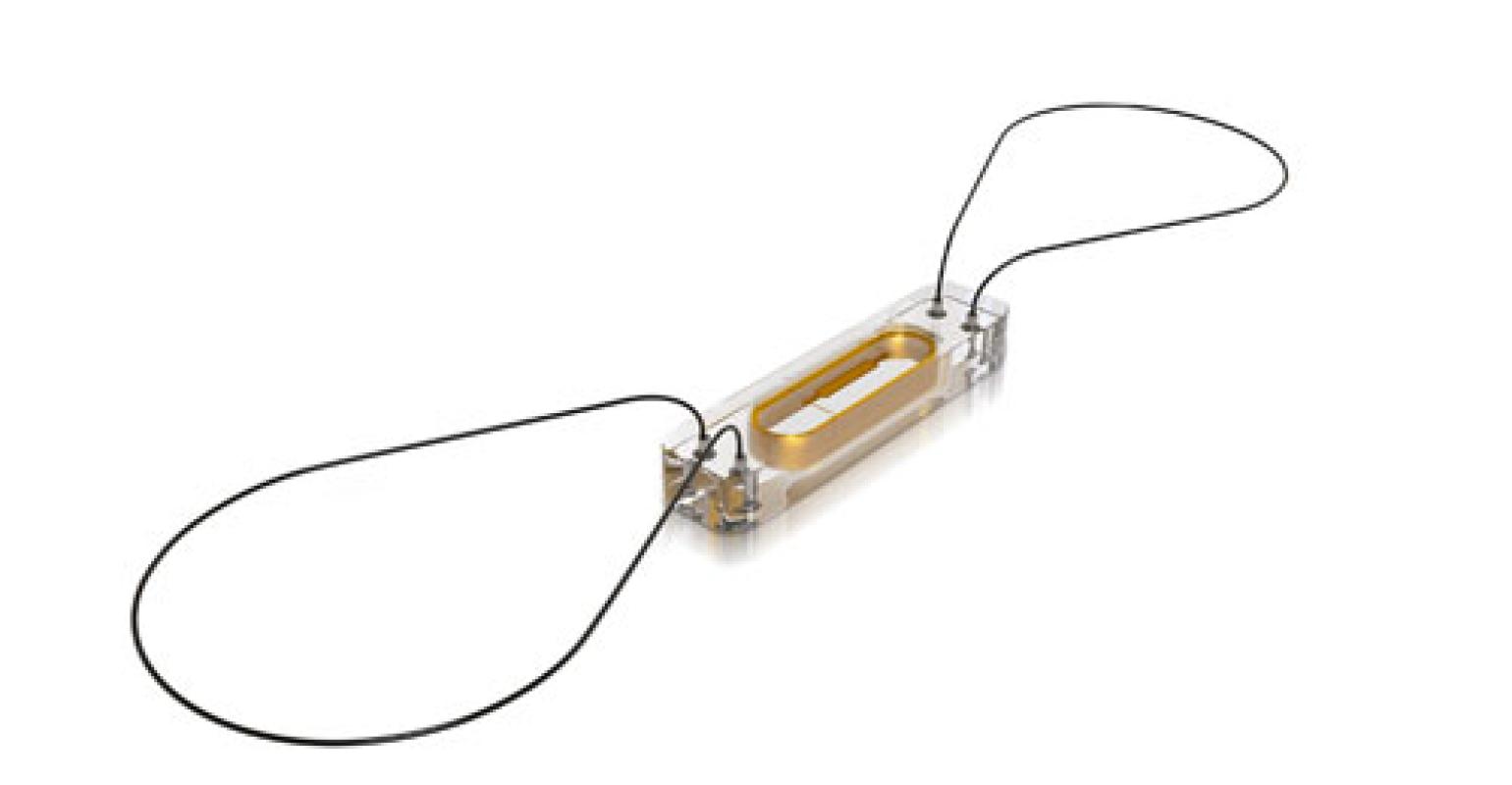 A new generation of heart-monitoring technologies aims to halt the Holter monitor’s hold on the market, but reimbursement remains a challenge.

For decades, the standard in mobile heart monitoring was a bulky device with wires and electrodes that connected to the patient. Patients wore these Holter monitors for one day, perhaps two, in order to record arrhythmias. Though Holter monitors did not replace 12-lead electrocardiograms, they gave doctors a way of capturing a record of a patient’s heartbeat outside of a clinical setting. But Holters are not without problems. Bulky and cumbersome, many patients dislike them, and clinicians see diagnostic limitations in these devices, as well. Holters record heartbeat data for only up to 48 hours—if patients manage to keep the devices on that long.

The future of heart monitors is smaller, mobile, and in some cases traces a path to the cloud. A newer line of heart monitors is gaining market traction, representing a confluence of technological developments. Wearable and wireless, these new devices allow patients to shower, sleep, and carry on their lives in ways that Holter monitors do not. These new devices are showing themselves to be as adept as the Holter, and perhaps better, at detecting arrhythmias, such as atrial fibrillation.

That’s significant because arrhythmias are prevalent among Americans and expensive for the healthcare system.
Atrial fibrillation affects between 2.7 million and 6.1 million Americans and costs an estimated $6 billion per year, according to the CDC. Meanwhile, heart failure affects approximately 5.1 million Americans and kills half of those who are diagnosed within five years. The condition leads to an estimated $32 billion in annual healthcare costs, according to the CDC. The global cardiac monitoring and cardiac rhythm management devices market is expected to top $26 billion by 2020, up from more than $21 million in 2015, according to MarketsandMarkets. The research firm does not break out figures for mobile heart monitors specifically, but among the factors it cites for the growing market is the rise in cardiovascular diseases and the launch of new technologies to monitor for them.

The most commercially accessible of these new mobile heart monitors might be AliveCor’s Mobile ECG, which attaches to smartphones and is available over the counter. By pressing the device to the chest or placing two or more fingers onto the electrodes, a user can get an ECG reading. In clinical studies, the single-lead AliveCor device was comparable to a single lead of a standard ECG machine. AliveCor’s device is FDA cleared for detecting atrial fibrillation, although only a medical professional can diagnose it. A downloadable app sends the heart reading to the company’s secure cloud, where a patient’s cardiologist can review the ECG. AliveCor CEO Euan Thomson concedes that his company’s device won’t replace the 12-lead ECG. But the device captures heart data in the context of a patient’s daily life, which he believes offers an advantage for detecting atrial fibrillation—a condition that often eludes detection.

The Zio patch from iRhythm Technologies was developed to do everything the Holter monitor does and more. Unlike AliveCor’s device, the Zio patch captures continuous heartbeat data, and it does so over a longer period of time. In a National Institutes of Health-funded clinical trial, Zio detected more arrhythmias than a Holter monitor. Patients wear the water-resistant patch continuously for up to 14 days, which improves the chances of recording arrhythmias, explains iRhythm CEO Kevin King. Patients then send the patch back to iRhythm. Ordinarily, two weeks of heartbeat data produces the equivalent of 30,000 pages of information. The company uploads the heart reading from a patch into its secure cloud, where proprietary algorithms crunch the data to find heart beat anomalies. Relevant information is condensed into a 12–14 page report, which can be integrated into an electronic medical record or provided to the patient’s cardiologist. IRhythm counts 400,000 patients who have used Zio so far. “Our whole business is that the Holter monitor, while inexpensive, is ineffective,” King says. “We’re replacing that as a first-line test.”

For longer monitoring, doctors can turn to the wearable Seeq Mobile Cardiac Telemetry System. The Medtronic device provides continuous monitoring for up to 30 days, but it’s a second-line device—behind the Holter monitor. The device is cleared to diagnose patients whose symptoms suggest an irregular heartbeat but who could not be diagnosed with a Holter monitor. The Seeq connects via Bluetooth and cellular connections to a Medtronic Monitoring Center, which sends reports to patients’ physicans.

In the case of heart failure, medicine has lacked any device to diagnose the condition. Before St. Jude Medical’s CardioMEMS HF System last year became the first FDA-approved implantable wireless device to monitor for heart failure, doctors diagnosed heart failure by examining patients, explains David Shavelle, a cardiologist and professor at the University of Southern California’s Keck School of Medicine. CardioMEMS was approved for class III heart failure patients who have been hospitalized within the last three months. The implantable sensor, about the size of a dime, provides a reading of the fluid buildup indicative of heart failure. To get a daily reading, the patient lies down with their head resting on a pillow containing an electronics system. That system receives the signal from the sensor and relays it a secure Web site accessible by the patient’s doctor. Based on that reading, the doctor can then direct the patient to tweak the medication for stabilizing pulmonary artery pressure. “We look for trends or changes in the pressures,” Shavelle says. “If the pressures are going up, we adjust the medication.”

These new heart monitoring technologies are finding their way to doctors’ prescription pads. Shavelle prescribes CardioMEMS to qualified heart failure patients, though he adds that the device is not suitable for all heart failure patients. Those who are uncomfortable adjusting their own medications might not fare as well with the device, he says. In the case of the AliveCor Mobile ECG, the device’s availability as an over-the-counter product is intentional; Thomson says the company wants ECGs to be accessible to all. Despite the availability of both prescription and over-the-counter heart monitoring options, insurance does not yet cover all of these devices.

Mobile heart monitoring is still an emerging technology area with a developing reimbursement landscape, says Michael Sanchez, founder of the Minnesota consultancy Pivotal Reimbursement. Aetna, for example, covers iRhythm’s Zio patch as medically necessary but considers St. Jude’s CardioMEMS and AliveCor’s Mobile ECG as experimental. Humana covers neither of those devices, nor does it cover the Seeq or CardioMEMS. But spokesman Jeff Blunt says Humana reviews medical literature and may make assessments as new data is reported. In particular, the company is closely watching CardioMEMS’s impact on patients with congestive heart failure, he says.

Payers are looking for clinical evidence—data from well-designed, randomized clinical trials, Sanchez says. The problem is that many devices reach the market in the United States through FDA’s 510(k) regulatory pathway, which does not require those studies. In this regard, CardioMEMS stands as an exception to other mobile heart monitoring technologies. Like other implantable devices, CardioMEMS was evaluated in clinical trials required of the PMA pathway. Data from those trials helped payers make their reimbursement decisions. Reimbursement is a tougher case to make for devices that work with smartphones and tablets, such as AliveCor’s product. Sanchez says the third-party payer models are not yet established, and he has seen some payer policies that explicitly do not cover such technologies.

Companies are trying to demonstrate to payers and providers that their devices can reduce healthcare costs. By better monitoring for heart failure, St. Jude’s CardioMEMS is intended to reduce hospitalizations, which in turn saves money. USC’s Shavelle, who was also one of the investigators for the CardioMEMS clinical trials, says the device reduced heart failure hospitalizations by 40% in those studies. He now sees similar results in his own practice. IRhythm notes that as a single-use device, Zio saves a return trip to the doctor to return a Holter monitor and spares medical staff the time and expense of cleaning, recharging, and maintaining that older device. AliverCor’s Thomson believes his company’s device saves healthcare dollars by decreasing the frequency of emergency room visits. The company is still gathering data to make that case to payers. “If we want them to part with money, we have to ultimately show them that we can save them money,” he says.

In the meantime, companies are pressing forward on research that could expand use of their technologies. With a cloud holding 3.5 million ECGs, AliveCor is researching how big data analysis at the population level can be used to gain insight in diagnosing and treating patients. IRhythm is now studying its device as a way to diagnose arrhythmias in patients who don’t show atrial fibrillation symptoms but are at high risk for the condition. Atrial fibrillation can cause a stroke, and King is betting that payers would value a device that could identify such risks early.

“It will take a little while to prove that out, but it could be very helpful to the community,” he says.

Frank Vinluan is a freelance contributor to MD+DI. Reach him at frankvinluan@gmail.com.