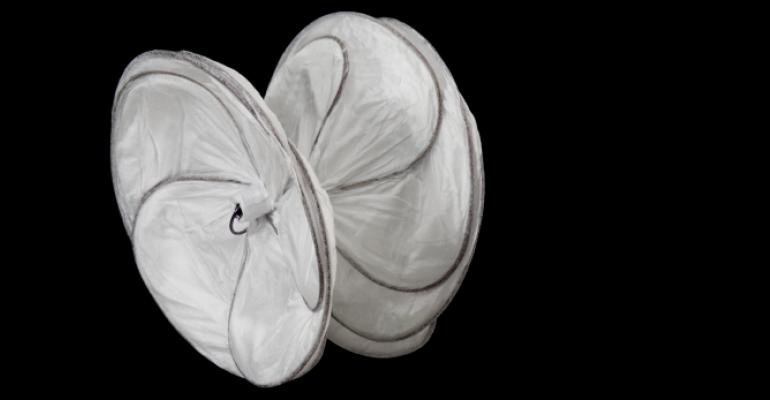 W.L. Gore & Associates' Cardioform can now effectively compete against Abbott's Amplatzer technology, which also has an indication to reduce the risk of recurrent ischemic stroke through PFO closure.

W.L. Gore & Associates has received FDA approval to expand the indication of the Gore Cardioform Septal Occluder to reduce the risk of recurrent ischemic stroke in patients. The device treats patients through the closure of patent foramen ovale (PFO).

Cardioform’s previous indication was for the closure of atrial septal defects that are up to 17mm in size.

“One of the things we noticed in the literature early on was the connection between PFO and stroke reduction,” Goble, told MD+DI. "We thought this would be ideal for applying into this space of PFO closure.”

These clots aren’t necessarily filtered by the body. The unfiltered clots have an open highway to go anywhere on the arterial side and could potentially end up affecting the blood vessels of the brain causing a stroke.

“Our device is designed to close that door between the right and left side of the heart to prevent future clots from moving unfiltered,” Goble said.

The expanded indication was supported by the REDUCE study. Results from REDUCE were published in the New England Journal of Medicine in September 2017 and presented at the European Stroke Organization Conference (ESOC) last May.

REDUCE also met its co-primary endpoint of reducing new brain infarct, including silent stroke, by nearly 50%, the company said. Patients are unaware of having a silent stroke, which carries an increased risk of clinical stroke, dementia, and cognitive dysfunction.

Goble said the company would look for other potential applications outside of stroke for the Cardioform technology.

"There are many other applications where patients afflicted with certain maladies have a higher prevalence of PFO,” Goble said. “These include things like migraine and sleep apnea … just to name a few. Gore is committed to advancing care in this arena. We think we have a fantastic device that can benefit the patient and can be implanted safely.”

Cardioform is the second device to gain this indication. St. Jude Medical’s Amplatzer technology gained approval for the indication back in October of 2016. However, the device now falls under Abbott Laboratories umbrella, since the company acquired St. Jude Medical in January of 2017 for $25 billion. St. Jude gained access to the Amplatzer when it acquired  AGA Medical in 2010.

Abbot's St. Jude had strong data in getting its PFO closure device to market.  Results from St. Jude's RESPECT clinical trial were published in the September 2017 NEJM issue. Abbott noted that RESPECT offered the most extensive patient follow-up, collecting more than two times the amount of follow-up of any other PFO trial.

In addition to a 45% reduction in risk for recurrent stroke, results from RESPECT highlighted the strong safety profile of the Amplatzer PFO Occluder, with low risk of device- or procedure-related complications and no increased risk of adverse events such as atrial fibrillation.

The stroke indication has been notoriously difficult for some companies to obtain.  Boston, MA-based NMT Medical went bankrupt pursuing the stroke prevention indication.