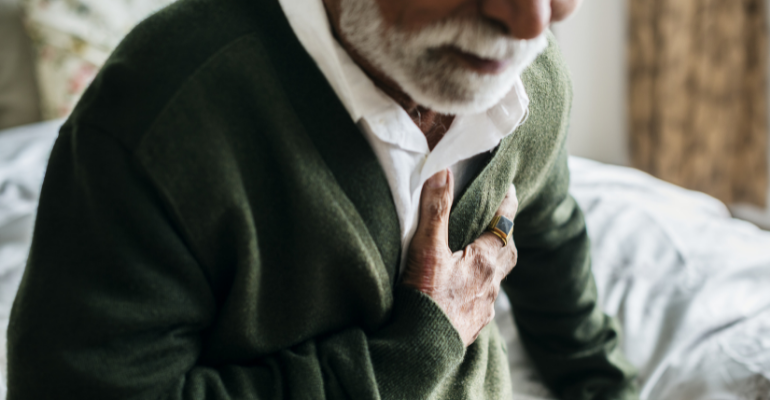 The early feasibility trial is expected to enroll 10 transplant-eligible patients.

French artificial heart maker Carmat recently reported the first U.S. implantation of its bioprosthetic artificial heart, Aeson, was performed at Duke University Hospital as part of an early feasibility study. The device is designed as a therapeutic alternative for people with end-stage biventricular heart failure.

"This clinical study will help us determine whether the device's properties — including hemocompatibility, pulsatility, autoregulation and silent operation — are beneficial to patients who currently have very few options," Milano said.

The study protocol approved by FDA calls for 10 transplant-eligible patients to be enrolled in the trial, with the primary endpoint being patient survival at 180 days post-implant. It is a staged study with a progress report of the first three patients after 60 days, before the enrollment of the next seven patients.

The company also recently reported the first commercial implant of its artificial heart in Europe. Carmat said it intends to focus its Aeson artificial heart marketing efforts on Germany, and address one or two other EU countries, including Italy, in a more opportunistic way. The company said it has initiated very active and constructive talks, from a scientific and medical as well as contractual perspectives, notably with the 20 most active German hospitals in the field of mechanical assistance.

“The first commercial implant of the Aeson heart is a major milestone in Carmat's history. It paves the way for a large number of patients to gradually access our therapy, and is the culmination of many years of work for our teams and our partners," said Carmat CEO Stéphane Piat. "The feedback we are receiving, both within the framework of our clinical trials, notably very recently in the United States, and in our discussions with European hospitals as part of Aeson’s commercialization, makes us very confident that our Aeson artificial heart is a 'game changer' and offers unique benefits to patients, compared to all existing therapies.”

Earlier experience with the artificial heart

Carmat's artificial heart device was first implanted in France in 2013 as part of an early feasibility study there. That patient died 74 days after receiving the device from "medical complications associated with his critical pre- and postoperative state," the company reported at that time. He was 76. The second patient enrolled in that study, aged 69, died nine months after being implanted and four months after he was dismissed from the hospital. The third patient died of respiratory arrest after suffering renal failure, and the company said the device played no role in that death.

In 2016, MD+DI reported that the fourth patient enrolled in that feasibility study, a 58-year-old, had died for reasons unrelated to the functioning of the device.

"We were fully satisfied with the artificial heart sustained function. We know the risks associated with this type of procedure and, despite all of the team's efforts, the patient died of medical complications not related to the prosthesis," said Pascal Leprince, MD, a cardiothoracic surgeon at La Pitié-Salpêtrière Hospital in Paris, France.

In 2016 the company announced the start of a pivotal study in France, then in Europe, on about 20 patients with the aim of obtaining CE mark approval. In 2020, the company was awarded CE marking in the bridge-to-transplant indication, allowing the artificial heart to be marketed under the trade name Aeson in Europe and in other countries that recognize the CE mark.