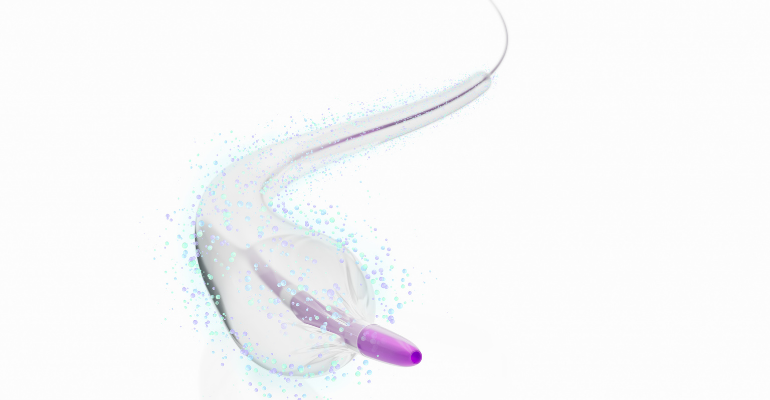 The In.Pact 018 drug-coated balloon (DCB) catheter was built on the same platform technology as the In.Pact Admiral DCB, some of which were recently recalled due to manufacturing issues. The In.Pact 018 has not been evaluated in a clinical study.

The In.Pact 018 DCB is indicated for the percutaneous transluminal angioplasty (PTA) of de novo, restenotic, or in-stent restenotic lesions with lengths up to 360 mm with vessel diameters of 4-7 mm. It is engineered to cross tight lesions, provide better deliverability, and is compatible with 0.018" guidewires, Medtronic said.

The In.Pact 018 will be the only commercially available DCB with a 200 cm over-the-wire (OTW) catheter length, providing physicians the option to treat via femoral or radial access. This is in addition to the 130 cm OTW catheter length.

David Moeller, president of the peripheral vascular health operating unit at Medtronic, said the In.Pact 018 was developed in response to physician feedback regarding the need for an 0.018” guidewire compatible DCB.

The In.Pact 018 DCB has not been evaluated in a clinical study. However, the company said that given the design similarities with the In.Pact Admiral DCB, the data from that clinical program that device can be considered supportive for the new DCB. Medtronic noted that the In.Pact Admiral DCB has been evaluated in 21 clinical studies with more than 3,500 patients. The device has also been used to treat more than 500,000 patients worldwide.

About two months ago, Medtronic voluntarily recalled a subset of its In.Pact Admiral and In.Pact AV drug-coated balloon catheters because of manufacturing issues that caused pouch damage. The company said those issues have since been corrected. About 6,000 IN.PACT Admiral catheters and 3 IN.PACT AV catheters were impacted.

Back in 2019 when FDA approved Medtronic's In.Pact AV drug-coated balloon for the treatment of failing arteriovenous access in patients with end-stage renal disease undergoing dialysis, the approval marked an important turnaround in the paclitaxel story.

Earlier that year, a meta-analysis showed an increased risk of death for patients treated with paclitaxel balloons and stents. The issue drove a market decline of about 50% and was the catalyst for a two-day meeting of the Circulatory System Devices Panel. The agency concluded at the meeting that there is a signal associated with an increase in mortality through five years of paclitaxel-coated devices as compared to non-coated devices. FDA was not, however, able to attribute this increased risk to a specific cause, and the FDA committee was befuddled by data discrepancies. 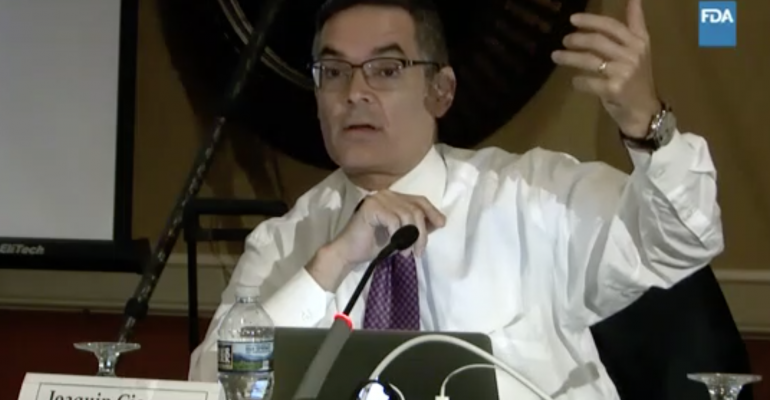 Shown above: Joaquin Cigarroa, MD, associate chief of clinical cardiology at the Knight Cardiovascular Institute and a voting member of FDA's Circulatory System Devices Panel, talks about the signal associated with an increase in mortality through five years of paclitaxel-coated devices as compared to non-coated devices. "As we saw yesterday, each of those histogram bars at five years, in the data that we have access to, with the recognition that that data is challenged ... the signal begins to occur between years three and five, and so I think the models that we need to contemplate are different," Cigarroa said.

FDA eased up on the paclitaxel issue in August 2019, about three months before approving Medtronic's In.Pact AV paclitaxel-coated balloon. The agency did, however, offer new recommendations for physicians treating patients with paclitaxel balloons and stents: