Edwards TAVR Device Squares Off Against Surgery at TCT 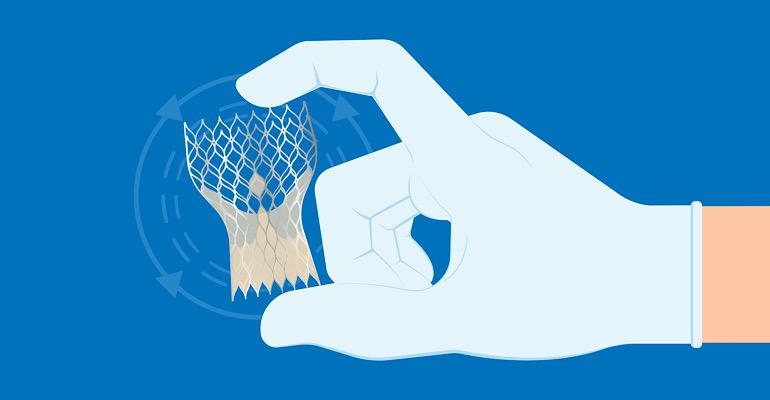 The Irvine, CA-based company first won approval for its TAVR device 10 years ago. Now more companies are entering into the market.

What does a medical device company need to do when the market it pioneered is now becoming filled with competitors? The answer is to churn out strong data during a highly regarded tradeshow like Edwards Lifesciences.

The study compared healthcare costs, life expectancy, and quality-adjusted life expectancy for patients with severe aortic stenosis at low risk for surgery, who were treated with TAVR or surgery in the PARTNER 3 trial.

The study found using the SAPIEN 3 valve resulted in cost savings of greater than $2,000 per patient through the 2-year study period. TAVR also led to a small but significant improvement in quality-adjusted life expectancy, driven by the improved early quality of life and survival.

Edward’s study also found the probability that TAVR is highly cost-effective versus SAVR is approximately 95%.

"In addition to the outstanding clinical results compared with surgery, the finding that TAVR with SAPIEN 3 is also a lower cost strategy for low-risk patients empowers both cardiologists and patients with real choice in determining the right treatment option for severe aortic stenosis," said David J. Cohen, MD, MSc, Director of Clinical and Outcomes Research at the Cardiovascular Research Foundation and Director of Academic Affairs at St. Francis Hospital in New York. "TAVR is a unique technology with advantages over surgery from the perspective of both the patient and the healthcare system."

A Lot Changes in 10 Years

As Ewards celebrates the 10-year anniversary of the Sapien Valves’ FDA approval, the list of TAVR competitors keeps growing (and changing). Abbott Laboratories is the latest firm to win approval for a TAVR device. The Abbott Park, IL-based company won a nod from FDA for the Portico TAVR system in September. FDA’s nod came about four months after Abbott won CE mark for Navitor, a second generation TAVR technology.

Boston Scientific once competed in the market with its Lotus valve. At one point the Marlborough, MA-based company ended the duopoly in the market held by both Edwards and Medtronic.

However, a string of problems, issues, and setbacks led to Boston Scientific finally pulling the Lotus valve off the shelves. While, Boston Scientific may no longer be the “third” option for TAVR in both the U.S. and Europe, that doesn’t mean the device maker is down and out in the space.  Boston Scientific is expecting the Acurate technology to win FDA approval sometime in 2024.

The firm won CE mark for the technology in 2020. Boston Scientific inherited the Acurate vale when it acquired Symetis for $435 million in 2017. Edwards fiercest competitor in the space is Medtronic. The Dublin-based company entered the TAVR market through its $700 million acquisition of Irvine, CA-based Corevalve in 2009.