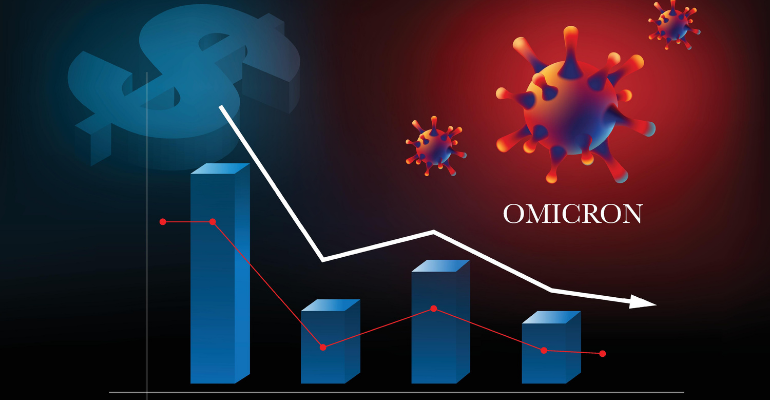 The company's U.S. business was hit harder from the variant's impact than other geographies, however.

The Omicron variant of COVID-19 that emerged late in the fourth quarter had a negative impact on U.S. sales for Edwards Lifesciences, company executives reported this week.

"The Omicron variant had a noticeable impact on hospital resources in December as cases were postponed or limited in a number of hospitals," CEO Mike Mussallem said during the company's latest earnings call. "... So it was primarily focused in the U.S., and it was centered around, really, hospital capacity. They reached their limits in many cases and started deferring procedures. We've seen that continue to lead to a slow start in 2022. So at this point, I would say sales are below what we would have typically expected for a start, probably more in line with the kind of thing that we saw toward the end of December."

That said, Mussallem sounded confident that growth will normalize as hospital resources stabilize. Although, it's anybody's guess at this point when that will happen.

"We don't have great visibility to exactly what backlogs look like or what the patient flow might be," Mussallem said. "So at this point, we assume that many of the patients that are having procedures postponed or deferred are going to come back. It's not clear to us what month or what quarter we're going to see it."

As Wells Fargo Securities' Larry Biegelsen noted, however, it was a "tale of two geographies" as sales outside the U.S. market were strong for Edwards.

"Omicron hit the U.S. pretty hard, and it hit it in large population centers. We saw it across the East Coast, we saw it in the Midwest," Mussallem said. "...And so we felt a pretty profound impact. In Europe, it was not the case. So although the U.K. experienced Omicron, most of Continental Europe just didn't see it in Q4. And so it was a very different picture."

Despite the slow start to the year due to the impact of Omicron, Edwards' CFO Scott Ullem said the company is maintaining all previous sales guidance ranges for 2022. That means the company is expecting sales to grow at a low double-digit rate to between $5.5 billion and $6 billion. Transcatheter aortic valve replacement (TAVR) sales are expected to come in between $3.7 billion and $4 billion, he said.

Edwards TAVR Device Squares Off Against Surgery at TCT
Nov 05, 2021