HomeMarketsCardiovascularEdwards Adds Bold New Chapter to TAVR Story
Recent
Markets
J&J MedTech Lands Clearance for INHANCE Shoulder System
May 19, 2022
The Robot Will Do Your Angioplasty Now
May 18, 2022
XACT Is Changing the Tone of Robotics in Healthcare
May 18, 2022
Medtronic Touts Cusp Overlap Technique in TAVR
May 18, 2022 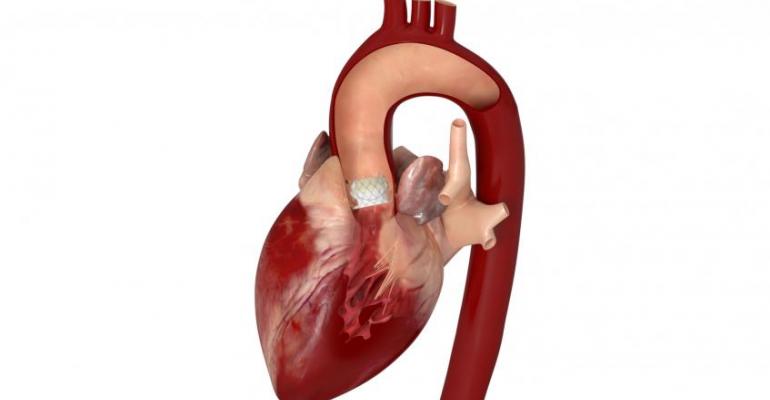 Edwards picks up a CE mark for the Centera valve in a move that could strengthen its position in the growing TAVR market.

Edwards Lifesciences just might have leaped-frogged over some of its competitors in the burgeoning TAVR market. The undisputed TAVR pioneer has received CE mark for its Centera valve to treat severe, symptomatic aortic stenosis patients at high risk of open-heart surgery.

The Edwards Centera valve is repositionable and retrievable and can be delivered through a low-profile, 14-French, motorized delivery system. The company said the device is packaged with the valve fully pre-attached to the delivery system, which helps with simple and rapid device preparation.

“We think today’s approval augments the firm’s momentum in the TAVR market,” said Jason Mills, an analyst with Canaccord Genuity.

CE mark for the device was based on results from the CENTERA-EU trial, which enrolled 203 high-risk patients at 23 centers in Europe, Australia, and New Zealand. Study results presented at EuroPCR 2017 demonstrated high survival rates (99%) and low rates of disabling stroke (2.5%) and new permanent pacemaker (4.9%) at 30 days.

In addition, there was a low 0.6% rate of moderate paravalvular leak among patients and zero incidents of a severe paravalvular leak. All patients in the study were treated via the transfemoral access route with the majority under conscious sedation.

Centera has yet to gain FDA approval, but Edwards said it could begin a U.S. pivotal trial sometime this year.

“The firm initially announced at its analyst day this past December its intent to pursue a dual-valve approach in the U.S. market as well, and we continue to believe a larger, randomized study substantiating the European trial outcomes will be important to support ramping adoption,” Mills said.

Currently, Edwards along with Medtronic maintain a large portion of the TAVR market in both the U.S. and Europe. Boston Scientific is vying for a larger piece of the TAVR pie but has had several issues to contend with that have plagued its Lotus Edge valve.

Earlier this month, the Marlborough, MA-based company said it was delaying commercialization efforts for the Lotus Edge, due to a series of issues that plagued the valve over the past few months. The company said the device would be off the market in Europe until 2019. In addition, Boston Scientific noted FDA approval could come sometime next year.

In February of 2017, the company pulled all of its lotus valves from the market based on reports of a mechanical mishap with a pin connecting the valve to the delivery system. In November 2017 the company said the Lotus Edge would be delayed yet again. News of the delay shaved $2.9 billion off of Boston Scientific’s market capitalization.

Medtronic is faring better than Boston Scientific in the TAVR space and continues to move forward with its CoreValve device. In June, the Dublin-based company received expanded FDA approval for its CoreValve Evolut TAVR device.

While Medtronic’s CoreValve Evolut is a strong competitor, Edwards’ Centera could face competition from its very own Sapien 3 Valve. During its most recent earnings call, Mike Mussallem, Edwards chairman and CEO was asked if Sapien 3 faced cannibalization from Centera.

“If they like what they are using now we think they are really going to like Centera,” Mussallem said. “Now of course people that are using Sapien 3, for the most part, they're very happy and obviously it's a leading platform and we think it's best in class and balloon expandable. But if those customers wanted to try Centera we won't deny that to them.”