Cutting out the Noise to Target Arrhythmias 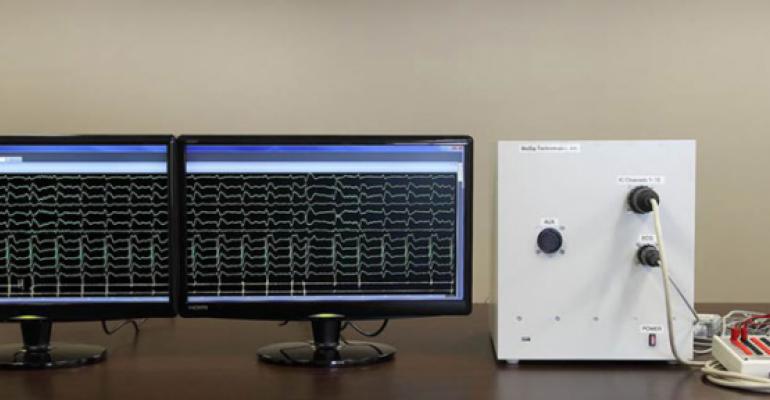 Cardiac arrhythmias are a startlingly common problem—approximately 2.7 million U.S. patients have atrial fibrillation (afib), the most common form of cardiac arrhythmia, according to the American Heart Association.

BioSig Technologies, Inc., has developed the PURE EP System to help electrophysiologists identify trouble spots in patients’ hearts. The technology allows for high-fidelity electrocardiogram (ECG) and intracardiac recordings, but cuts out the extra noise without removing other essential information. The hope is that this improvement could help speed diagnosis of ablation targets and lead to more successful ablation procedures with lower recurrence rates.

Greg Cash, CEO of BioSig Technologies, explains, "The cardiac EP (electrophysiology) lab can be a pretty noisy environment . . . that makes it very difficult to identify the areas of the heart that are causing the arrhythmias, because they're looking for tiny little signals."

Of course, EP recording isn't new. There are four major players in the market: C.R. Bard, Siemens, GE, and St. Jude Medical. But Cash says the PURE EP System optimizes EP recording technology, because it "displays very high-quality signals through digital signal processing and a broader dynamic range than some of these existing systems. And we also have the ability to take the non-biologic noise out . . ."

If PURE EP gains regulatory clearance, BioSig Technologies will be entering a fast growing market. According to a company presentation, there are 2800 EP labs in the United States and the approximately $3 billion EP device market is forecasted to grow at a 12% compound annual growth rate between 2013–2019.

The PURE EP System has been in development since 2009, with input from key opinion leaders like Dr. Andrea Natale, executive medical director of the Texas Cardiac Arrhythmia Institute at St. David's Medical Center in Austin, TX, and Dr. Vivek Reddy, director of the Cardiac Arrhythmia Service and professor of medicine in Cardiac Electrophysiology at Mount Sinai Hospital in New York City. The technology was put through proof of concept testing in June 2013 at the University of California, Los Angeles's (UCLA) EP and animal labs. A prototype of the system was tested in September 2014 at the UCLA animal lab. And earlier this year, animal studies were conducted at the Mayo Clinic in Rochester, MN.

Dr. Samuel Asirvatham, professor of medicine in the division of Cardiovascular Diseases and director of strategic collaboration for the Center for Innovation at the Mayo Clinic in Rochester, writes in an e-mail that the two animal studies compared PURE EP to standard recording systems on several measures, including "sensing of electrograms, effective pacing and ablation, and the potential for discernment between the individual components of complex signals."

Asirvatham, who is also a member of BioSig's scientific advisory board, expects to conduct more experiments. He writes that he perceives a few key advantages of the PURE EP System, including:

Although BioSig Technologies is already public, trading under the ticker "BSGM," it is a relatively young company that has kept a low profile. According to a company presentation, BioSig Technologies had a pre-money valuation of $60 million in March 2015. The company has raised more than $11 million in financing since March 2011 and went public in September 2014.

The company is expected to file a 510(k) submission with FDA near the end of the year. Cash says that the company is also in the process of determining an international regulatory strategy for the technology.

Assuming all goes well, once the PURE EP technology receives FDA clearance, the company should be well-poised to move forward. Earlier this year, the company switched headquarters from Los Angeles, CA to Golden Valley, MN—close to other major cardiac companies like St. Jude Medical and Medtronic and plenty of medtech talent. "It's a great place to recruit skilled personnel," Cash says.