This Company Is Reinventing the Heart Valve 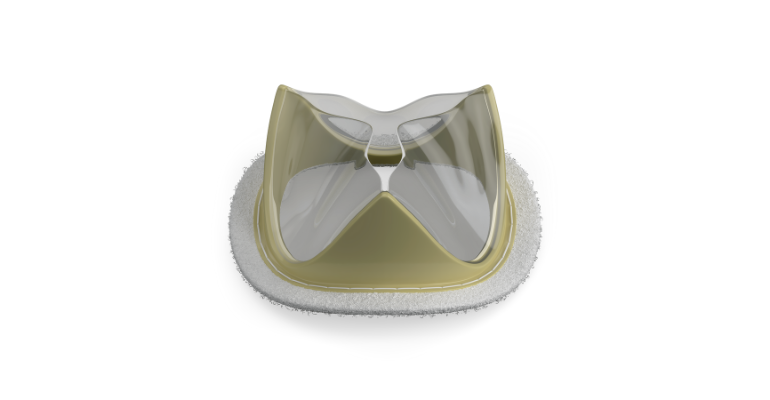 Foldax is trying to eliminate the tradeoff between mechanical and tissue heart valves by starting from scratch.

There are generally two types of heart valves on the market today: mechanical, and tissue-based prosthetic heart valves. If you get a mechanical heart valve it will probably last you the rest of your life, but you'll also be on blood thinners for the rest of your life. If you get a tissue heart valve like the ones made by Edwards Lifesciences, Abbott, or Medtronic you won't need lifelong blood thinners, but you may end up needing a another valve replacement down the road.

Foldax, a Salt Lake City, UT-based startup, is trying to eliminate that tradeoff by developing a new type of heart valve.

"We literally are trying to reimagine and start from scratch," Ken Charhut, executive chairman at Foldax, told MD+DI. "So, if you were going to make heart valves in the 21st century, how would you do it?"

The company is developing the Tria heart valve, which is made with the company's proprietary biopolymer, LifePolymer, and it's designed to be manufactured robotically. After the heart valve met the primary endpoints of an early feasibility study at one year in the United States, the Tria valve is now being studied in India.

Charhut said the LifePolymer material was specifically engineered down to the chemical bond level to be used for a heart valve leaflet. Likewise, the valve itself is designed to work with that specific material.

"We have this design that then takes advantage of the materials so the material never sees stresses and strains above what it can take, and the material, nothing grows on it, it doesn't calcify. It doesn't have any of the things that lead to degradation in the future," Charhut said.

But Foldax didn't stop there.

The company is using a robotic manufacturing pod platform designed to efficiently manufacture the heart valve anywhere in the world without a large skilled workforce or manufacturing facility.

That's important, he says, because that makes it a global heart valve.

"This now becomes a valve that can go anywhere in the world," Charhut said.

Why is the Tria heart valve being researched in India?

"India happens to be the second largest single implant market in the world, it does 100,000 implants a year," Charhut said.

He also said India has a large population of patients with rheumatic fever which can develop into mitral valve disease.

"So, these are basically mechanical valves today because tissue valves in the mitral position really don't have a long lifespan," Charhut said. "We're coming in with something that's a great need to the country."

The first procedures in India were performed by Dr. Kaushal Pandey at P.D. Hinduja Hospital in Mumbai, India.

“We are honored to be the first center outside of the U.S. to implant the Tria heart valve. Our first few cases have gone very well – implantation has been successful, early hemodynamic results have been encouraging, and the patients have all been quickly discharged home,” Pandey said. “We look forward to completing enrollment in the study in the next few months and seeing how this novel biopolymer heart valve can improve the lives of our patients.”