HomeMarketsCardiovascularBrain Monitoring Tech Reduces Use of Powerful Drugs During Heart Surgery
Recent
Markets
The Robot Will Do Your Angioplasty Now
May 18, 2022
XACT Is Changing the Tone of Robotics in Healthcare
May 18, 2022
Medtronic Touts Cusp Overlap Technique in TAVR
May 18, 2022
Feds Crack Down on Reused Rectal Probes
May 18, 2022 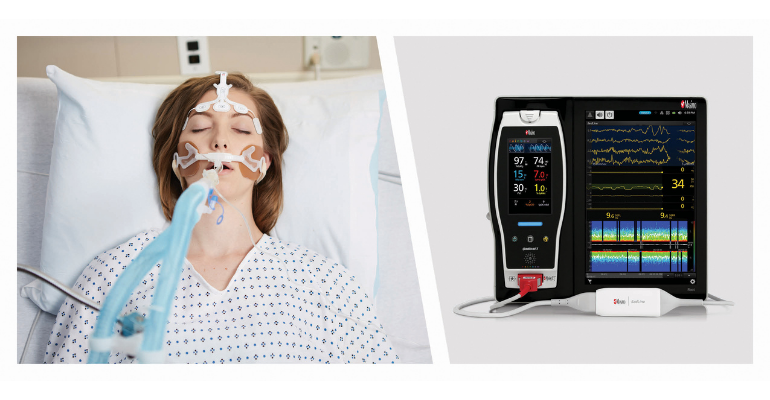 Researchers found that using Masimo's SedLine brain-function monitoring during cardiac surgery reduced the use of anesthetic agents and opioids.

In a retrospective study published in the Journal of Cardiothoracic and Vascular Anesthesia, researchers at the Montreal Heart Institute found that processed electroencephalography (pEEG)-guided anesthesia was associated with reduced use of vasoactive and inotropic drugs, as well as lesser use of anesthetic agents and opioids in the OR, lower central venous pressure (CVP), lesser fluid administration, lesser intraoperative bleeding, and shorter duration on mechanical ventilation.

High postoperative doses of vasoactive and inotropic drugs have been associated with mortality and renal dysfunction, the researchers noted. They sought to determine whether use of pEEG-guided anesthesia, which may improve hemodynamic stability, might improve outcomes by reducing the use of these agents during cardiac surgery and afterward in the ICU.

The primary goal of the study was to determine whether pEEG-guided anesthesia would be associated with reduced hemodynamic instability during cardiopulmonary bypass (CPB) separation. This was measured by stratifying the operation into three categories: “easy,” meaning use of only one vasoactive or one inotropic agent; “difficult,” meaning use of at least two different classes of agents; or “complex,” meaning requiring a return to CPB or use of mechanical circulatory support.

The study looked at a retrospective cohort of 300 adult patients who underwent cardiac surgery using CPB between 2013 and 2020, at the Montreal Heart Institute. The patients were divided into two groups, depending on whether anesthesia was guided by pEEG, which became a standard of care in 2017. The patients in the pEEG group had their brain function monitored from the moment they entered the OR to when they arrived in the ICU, using Masimo’s SedLine.

The pEEG group of patients received fewer vasoactive and inotropic drugs in the first hour after ICU admission, resulting in lower VIS scores. Additionally, being in the pEEG group reduced the odds of being in a higher VIS category by 57%. Other outcomes were also lower with this group, including duration of mechanical ventilation, intraoperative fluid balance, and the amount of bleeding.

Sounds Like Masimo Investors Have a Lot of Questions
Apr 13, 2022