HomeMarketsCardiovascularBoston Sci’s Emblem Results Are ‘Untouched’ at HRS 2019
Recent
Markets
Medtech in a Minute: The Industry Loses a Legend, and More
May 20, 2022
NeuroOne’s Bid for Long-term Use of Evo sEEG Shot Down by FDA
May 20, 2022
Minnetronix Improves Image Quality with Surgical Camera and Other Supplier News
May 19, 2022
Abbott Heart Valve Data Shines at EuroPCR
May 19, 2022

J&J MedTech Lands Clearance for Inhance Shoulder System
May 19, 2022
The Robot Will Do Your Angioplasty Now
May 18, 2022
XACT Is Changing the Tone of Robotics in Healthcare
May 18, 2022
Medtronic Touts Cusp Overlap Technique in TAVR
May 18, 2022 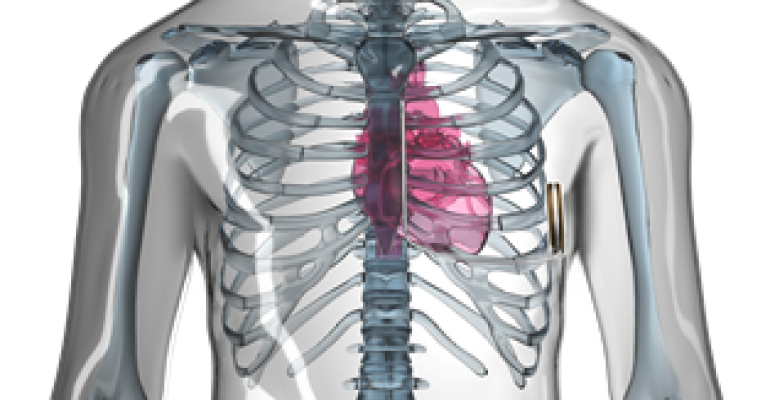 UNTOUCHED is global, prospective, non-randomized study evaluated data from 1,116 patients with a low left ventricular ejection fraction, the majority of whom (54%) had ischemic heart disease.

Boston Scientific unveiled 30-day results from a study evaluating the safety and efficacy of its Emblem Subcutaneous Implantable Defibrillator (S-ICD) system. The Marlborough, MA-based company revealed results from the UNTOUCHED study this past weekend at the 2019 Heart Rhythm Society annual meeting.

UTOUCHED specifically looked at Emblem being a system for the primary prevention of sudden cardiac death specifically in patients with a left ventricular ejection fraction (LVEF) ≤35%, the most common population to be indicated for ICD therapy. The global, prospective, non-randomized study evaluated data from 1,116 patients with a low LVEF, the majority of whom (54%) had ischemic heart disease.

“In the broader ICD studies, we showed that the ICD was effective and safe, but the population that we studied was very heterogeneous,” Lucas V.A. Boersma, MD., PhD., study principal investigator and electrophysiologist at St. Antonius Hospital, the Netherlands, told MD+DI. “The population did not fully consist of the distribution of ICD implants we see now.”

In UNTOUCHED, Emblem demonstrated S-ICD therapy had a complication-free rate of 95.8% at 30 days post-procedure and high conversion efficacy (99.2%) of induced ventricular fibrillation, rates comparable to those seen in previous S-ICD and transvenous implantable cardioverter-defibrillator (TV-ICD) studies. The analysis was also published online in the Heart Rhythm Journal.

Another part of the UNTOUCHED data that stands out is that 69% of the procedures were performed using a two-incision technique, which led to lead to faster surgeries when compared to a three-incision technique.

“In the beginning [Emblem] was implanted with a three-incision technique, with one incision higher, parallel to the sternum; one lower parallel to the sternum; and one on the left side,” Boersma said. “So, in a couple of years the two-incision-technique became popular because you could skip the incision in the upper part of the sternum. The two incision-technique leads to a shorter procedure time.”

“The data presented today reiterate the value of the EMBLEM S-ICD System for a broad group of ICD-indicated patients, enabling them to avoid the long-term complications associated with TV-ICD leads,” Kenneth Stein, M.D., senior vice president and chief medical officer, Global Health Policy and Rhythm Management, Boston Scientific, said in a release. “We remain proud of the clinical success of the S-ICD System, which has now been implanted in nearly 60,000 patients worldwide, and we will continue to invest in clinical studies that advance our understanding of the role of the device in patients at risk of sudden cardiac death.”