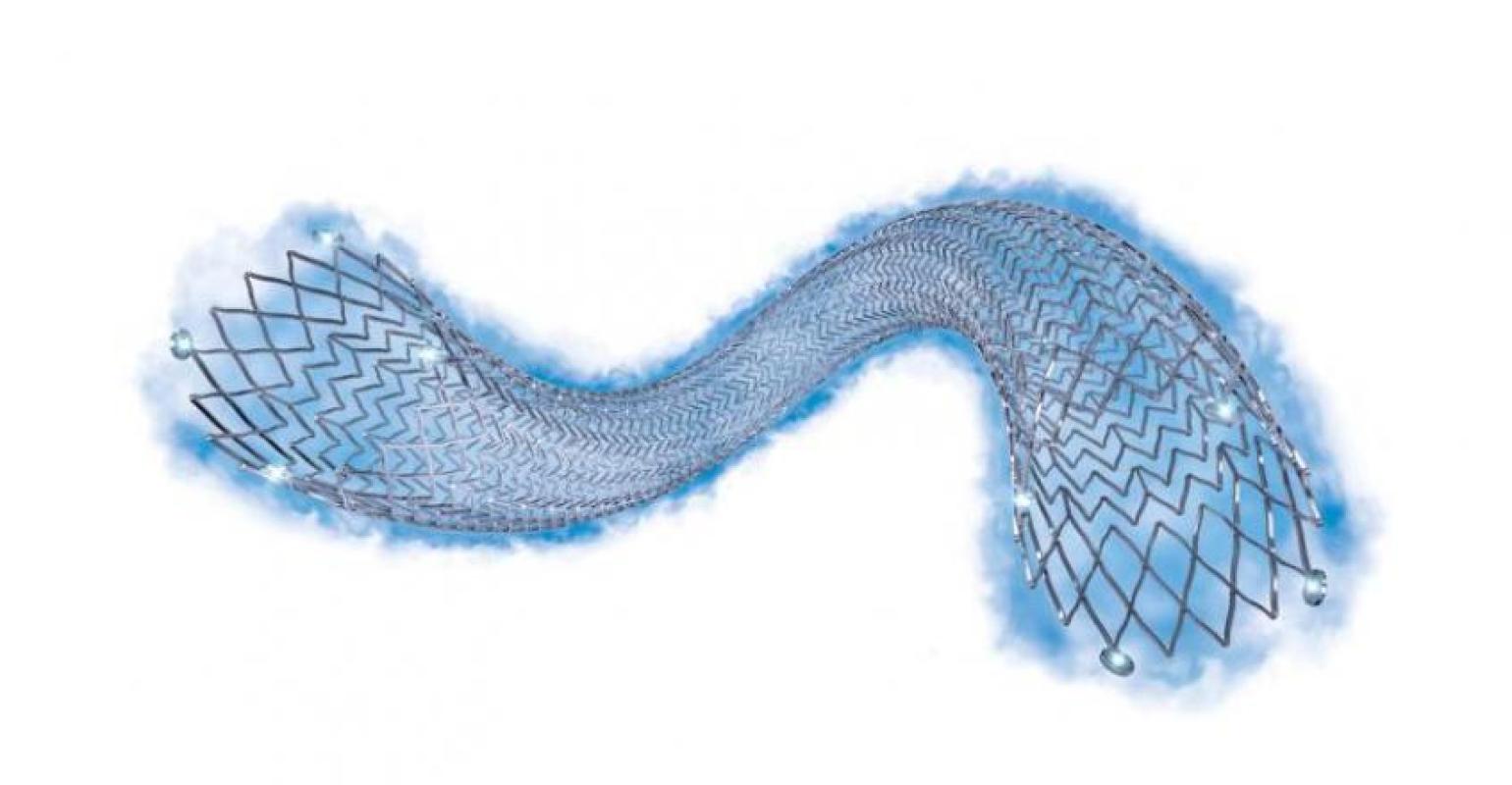 Boston Scientific Corp.
In 24-month data presented at VIVA, Boston Scientific's Eluvia drug-eluting stent exhibited a primary patency rate of 83.0% versus 77.1% with Zilver PTX, by Kaplan Meier estimate. The stent uses a drug-polymer combination and offers controlled delivery and sustained release of the lowest dose of paclitaxel of any peripheral drug-eluting device on the market.

During late-breaking presentations at VIVA on Tuesday, Boston Scientific announced positive data on two of its peripheral paclitaxel-eluting products.

Boston Scientific announced positive data Tuesday for two paclitaxel devices during separate late-breaking clinical trial presentations at the annual Vascular InterVentional Advances (VIVA) meeting in Las Vegas. Paclitaxel-coated balloons and paclitaxel-eluting stents caused quite the stir for the drug-coated balloon manufacturers and physicians this year, but presentations like these could go a long way toward helping the market rebound.

To recap, paclitaxel balloons and stents received some bad press in late December 2018 after a meta-analysis showed an increased risk of death for patients treated with these devices. FDA held a two-day meeting of the Circulatory System Devices Panel in June, and concluded at the meeting that there is a signal associated with an increase in mortality through five years of paclitaxel-coated (or eluting) devices compared to non-coated devices. The agency was not, however, able to attribute this increased risk to a specific cause, and the committee was befuddled by data discrepancies. FDA eased up on recommendations regarding paclitaxel devices in August, but by that time the issue had already driven a market decline of about 50%.

Data presented this week at VIVA included a 12-month interim analysis from the RANGER II SFA trial of the Ranger drug-coated balloon (DCB) as well as 24-month results from the IMPERIAL trial of the Eluvia drug-eluting stent (DES). The latter trial exhibited the highest 24-month primary patency reported to date for the treatment of femoropopliteal disease in a U.S. pivotal trial with a DCB or DES, Boston Scientific noted. Analysts view Eluvia as a key peripheral growth driver for the Massachusetts company.

The IMPERIAL trial evaluated the Eluvia stent versus Cook Medical's Zilver PTX stent for the treatment of patients with symptomatic peripheral artery disease (PAD) that had superficial femoral artery (SFA) and proximal popliteal artery (PPA) SFA lesions up to 140mm in length. The Eluvia stent uses a drug-polymer combination and offers controlled delivery and sustained release of the lowest dose of paclitaxel of any peripheral drug-eluting device, Boston Scientific noted. In the study, the Eluvia stent exhibited a primary patency rate of 83.0% versus 77.1% with Zilver PTX, by Kaplan Meier estimate.

The RANGER II SFA study evaluated the safety and effectiveness of the Ranger DCB, which has a low drug dose density of paclitaxel, versus standard percutaneous transluminal angioplasty (PTA) for the treatment of patients with PAD in the SFA and PPA.

In the trial, the Ranger DCB exhibited a primary patency rate – a measure of the target vessel remaining unobstructed at 12 months – of 89.2% compared to 72.9% in patients treated with standard PTA (p=0.0022), by Kaplan Meier estimate. Additional key findings from the trial include:

“We are very pleased with the safety and efficacy demonstrated by the Ranger DCB and the Eluvia stent, both of which showed exceptional durability while preventing repeat TLRs in 66% and 40% of treated patients, respectively,” said Ian Meredith, MD, executive vice president and global chief medical officer at Boston Scientific.

The Ranger DCB has been available in Europe via CE mark since 2014 and Boston Scientific submitted for FDA approval of the device earlier this year. The combination of the Ranger balloon and the Eluvia stent positions Boston Scientific as the only company to have both a DES and a DCB for the treatment of PAD in its portfolio.