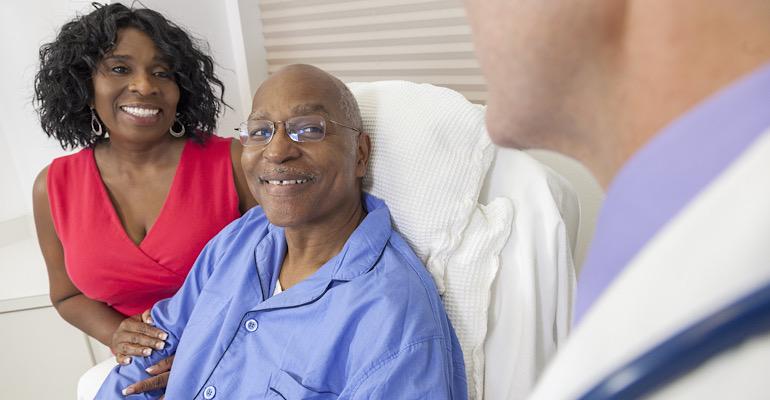 Boston Scientific has a plan to tackle systemic racism in healthcare, and to stop the "Black amputation epidemic."

It's time for medical device companies to step up and help put an end to systemic racism in healthcare. Boston Scientific is doing just that with a newly launched campaign marking the latest chapter in the company's Close the Gap health equity program.

The campaign comes in the middle of a pandemic that has laid bare dramatic health disparities across the United States. It also comes at a time of racial reckoning in America that has called even more attention to the gaps between healthcare for Black and white patients.

MD+DI spoke with Boston Scientific's Camille Chang Gilmore and Jeff Mirviss to learn how the company is fighting systemic racism in healthcare. Gilmore is the company's chief diversity officer, and Mirviss is president of the peripheral interventions business.

"I think you're aware of some of the mounting losses that we've been seeing in the Black community as a result of COVID-19, and then there's this, I believe, a public outcry for social change," Camille Chang Gilmore, chief diversity officer at Boston Scientific, told MD+DI. "Close the Gap has really developed thought-provoking healthcare provider campaign that's really aimed at elevating the conversation around health inequities."

The campaign includes billboards in Minneapolis, MN; Detroit, MI; Dallas, TX; and New Orleans, LA like the one below in Dallas. 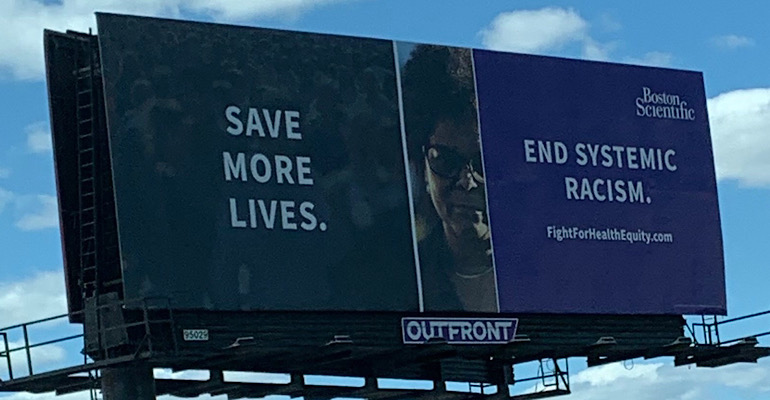 And this one in New Orelans that addresses racial disparities for treatment of cardiovascular issues like coronary artery disease, peripheral artery disease (PAD), and chronic limb ischemia (CLI). Black patients have double the amputation rate as white patients, according to Jeff Mirviss, president of the peripheral interventions business at Boston Scientific. 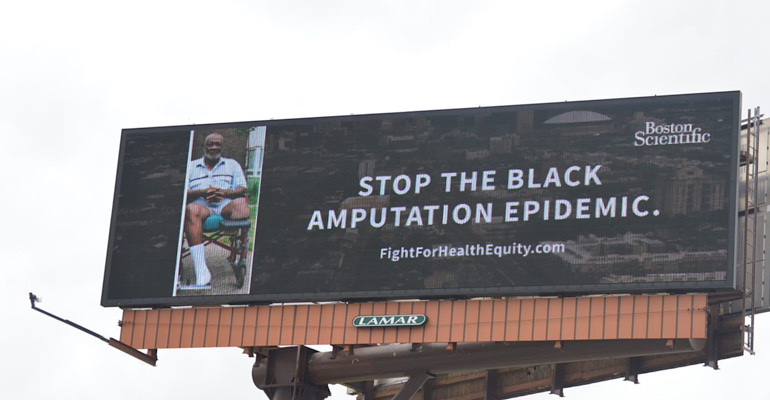 Close the Gap aims to equip hospitals and healthcare providers with detailed disparities data in their area, as well as concrete tools to help engage, educate, and treat patients from marginalized groups.

"It's very bold, it's very provocative, and what I love about it is that it is multi-channel when it comes to the campaign," Gilmore said. "It's not only just the big billboards, but we're also using websites and social media to really beef it up and to make people understand what we're trying to do here."

In light of the death of George Floyd in Minneapolis, Gilmore said she is proud of the fact that Minneapolis is one of the four targeted markets where the billboards are being displayed.

"It is in line with playing our part to combat racism, a strategy that was actually started by the death of George Floyd where [CEO] Mike Mahoney and the executive committee committed $2.5 million to help us eradicate, or start to combat racism in the United States," Gilmore said. "It's unique because I think we're the only ones doing it in med device ... and I think what's happened is that we've spent the last 15 years really building up that trust in the community [through Close the Gap] so that we could show up authentically to do it."

The intention of the billboards is to drive patients to this website where they can take an assessment, and if they identify with one of the disease states like PAD or CLI, they are then directed to another website within Boston Scientific designed to educate patients about therapies available to treat those diseases and possibly prevent amputation. The idea is that those patients will then be able to visit their doctor armed with questions and information to discuss their options.

"It puts choice and control in the hands of the patient, but also the provider as well. From a patient standpoint it's educating them on what is available that they may not be aware of," she said. "And from a provider standpoint, it's introducing it in a way that they can provide it to the patient in a way that is non-threatening and allows them to build trust as well."

Healthcare inequities in the age of COVID

According to the Centers for Disease Control and Prevention (CDC), long-standing systemic health and social inequities have put many people of color at increased risk of getting sick and dying from COVID-19. The CDC states on its website that there is increasing evidence that some racial and ethnic minority groups are being disproportionately affected by COVID-19.

"Inequities in the social determinants of health, such as poverty and healthcare access, affecting these groups are interrelated and influence a wide range of health and quality-of-life outcomes and risks," the CDC states. "To achieve health equity, barriers must be removed so that everyone has a fair opportunity to be as healthy as possible."

It's those barriers that Boston Scientific's campaign is all about.

"COVID has put a spotlight on the disparities in care in this country, and as a company I think what you're hearing and seeing from us is a great example of Boston Scientific going from words — saying the right thing — to putting actions in place to make a difference," Mirviss told MD+DI. "The advertising campaign is really aimed at raising awareness to the disparities in care, because not everybody realizes that there are disparities, both on the patient side as well as on the provider side."

Clinical data is another area in healthcare where there are glaring inequities.

"Many clinical trials have a very low percentage of minorities enrolled in those clinical trials, so we're trying to change that," Mirviss said. "We are working on one large trial in the peripheral division that is aimed at, as the name goes, closing the gap to study our devices with minority patients by having investigators that are more representative [of women and minorities], and then our hypothesis is that more diverse investigators will enroll more diverse patients."

Boston Scientific's Closing the Gap is also about collaborating with partners who can help improve some of these outcomes.

How do you really get patients trust, especially those who are part of an underserved population?

"I think we have to show up authentically and be transparent," Gilmore said. "One of the things that we've done with Close the Gap is just exactly that. I think people get surprised when they realize that this is actually free [information]."

Even hospital systems that she speaks with will ask why Boston Scientific is doing this, and what the company is getting out of it.

"It may sound hokey or corny, but it is the right thing to do," she said.