HomeMarketsCardiovascularBiotronik Has a New DES Added to its Repertoire
Recent
Markets
The European Commission isn’t Happy with Illumina
Sep 27, 2021
Medtech in a Minute: Axonics Refuses to Be Intimidated By Medtronic, and More
Sep 27, 2021
What Is Driving Next-Gen Remote Patient Monitoring?
Sep 26, 2021
Where Is Metal AM Headed? The Process Is Solving Supply Chain Issues
Sep 24, 2021

Biotronik Has a New DES Added to its Repertoire 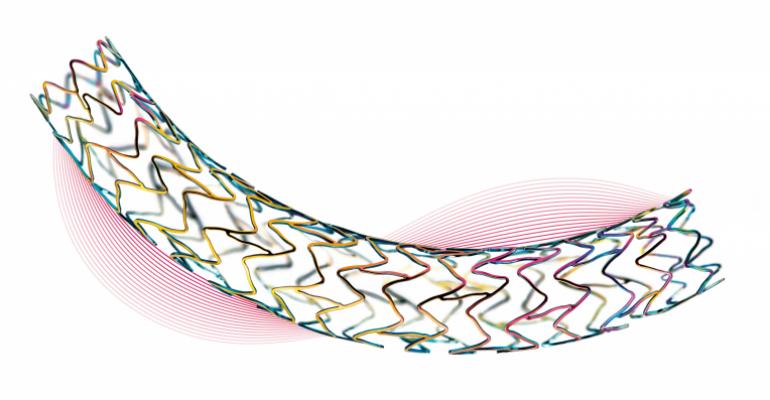 The Lake Oswego, OR-based company has received a nod from FDA for the Orsiro stent which it said outperformed Abbott’s Xience stent in a clinical study.

FDA has just signed off on Biotronik’s Orsiro drug-eluting stent (System). The Lake Oswego, OR-based company claims the stent is the first and ultrathin DES to outperform Abbott Laboratories’, Xience stent, which is known as the clinical standard.

Biotronik said its first implants will occur this week and that it will be available in health systems in the early part of this year. The company has had CE mark for Orsiro since 2011.

Perhaps the biggest selling point of the technology is the ultrathin strut design.

“Thinner struts are different in that they potentially create less disruptive flow in the arteries,” Amy Culley, Biotronik Director of VI Clinical Studies, told MD+DI. “That equates to less internal injury and improved endothelialization. This is important in reducing the risk of restenosis and thrombosis, both outcomes that we want to avoid in our patient population.”

Orsiro and Xience’s effectiveness were compared in the BIOFLOW-V pivotal trial. Biotronik’s Orsiro stent demonstrated significantly lower rates for target lesion failure and target vessel myocardial infarction at 12 months in comparison to Xience. The study looked at about 1,344 patients.

At two years, treatment with Orsiro further improved event rates in comparison to Xience, including a significant reduction in target lesion revascularization (TLR) and spontaneous MI. The two-year-results were presented at TCT 2018 and published in the Journal of the American College of Cardiologyshow a 37% lower TLF rate in favor of Orsiro (7.5% vs. 11.9% TLF rate, p-value=0.015), a 47% lower ischemia-driven TLR rate, and a 70% lower rate of spontaneous MI (landmark analysis 31 days to two years follow-up).

“I think the 2-year data unequivocally demonstrated the ability of Orsiro to secure low event rates [in] TLR, Target Vessel MI, and definitely differences that are meaningful for patients,” Culley said.

The news comes on the heels of Biotronik becoming the exclusive US distributor for InfoBionic's MoMe Kardia external cardiac diagnostic monitor. MoMe is designed to increase early detection and diagnosis of cardiac arrhythmias by providing physicians with the ability to access near real-time electrocardiographic data.

Abbott has also been keeping busy with its Xience family of stents. In April of 2018, the company initiated the ILUMIEN IV trial, to evaluate the long-term outcomes of patients who undergo stent implantation guided by optical coherence tomography (OCT) when compared to angiography. Abbott said up to 3,650 patients will be evaluated and will be randomized to either OCT-guided or traditional angiography to guide placement of one or more Xience everolimus-eluting coronary stents.

Biotronik President: We Are the Best-Kept Secret in CRM
May 24, 2016