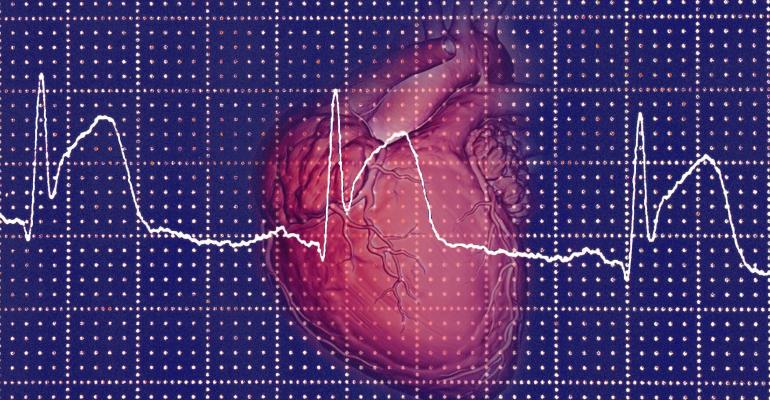 Myocardial infarction, or heart attack, is the most serious type of heart disease. It occurs when a blockage or rupture in one of the coronary arteries causes blood to accumulate in the heart muscle. The result is severe chest pain and possibly heart failure. About seven million people in the U.S. have a myocardial infarction every year, and millions more have other forms of heart disease.

Incidence and symptoms of myocardial infarction

There are several physical and psychological symptoms of myocardial infarction that contribute to its diagnosis and treatment. The most common symptoms are chest pain, shortness of breath, dizziness, and fatigue. Other symptoms may include nausea, vomiting, sweating, and anxiety.

Today, the most common non-invasive tests for myocardial infarction utilize imaging techniques, such as cardiac catheterization or coronary angiography. The availability of these tests, however, is a cause for concern as many patients with myocardial infarction do not receive treatment for their disease until significant irreversible damage to the heart has occurred.

Invasive tests, such as cardiac catheterization or coronary angiography, are necessary to confirm the diagnosis of myocardial infarction. However, these tests are also associated with several risks, including infection, bleeding, and damage to the arteries (Blankenberg, 2018).

Following diagnosis, the goal of treatment for myocardial infarction is to reduce the risk of death and complications.﻿ Management typically includes lifestyle changes, such as quitting smoking and eating a healthy diet, as well as medication.

Emergency treatment may include oxygen to reduce the risk of sudden death; aspirin and heparin to prevent blood clots inside the coronary arteries; beta-blockers to control heart rate; and nitroglycerin for chest pain.

In general, the treatment of myocardial infarction is to remove the blockage and restore blood flow to the heart by opening the blocked coronary artery. This is accomplished by a process known as percutaneous coronary intervention (PCI). PCI is a medical procedure that involves inserting a catheter into the coronary artery to remove the obstruction as well as placing a temporary wire-mesh device called a stent to keep the artery open.

For example, the major concern surrounding DES deployment was stent thrombosis, but this can be alleviated by the creation of second-generation DES with reduced rates of thrombosis. Using this therapy also decreases the required duration for dual antiplatelet therapy (DAPT). The use of a drug-coated balloon (DCB) in percutaneous coronary intervention is a novel and innovative method (Schröder et al., 2019). This technology uses the same mechanism to deliver drugs as DES, but the balloon is coated with the drug. This device has the advantage of delivering a drug to the target site without the need for stent implantation.

Another major cause for concern is the lack of treatment guidelines according to comorbidities. Most guidelines recommend the same treatment for myocardial infarction regardless of the patient’s underlying condition, despite limited clinical evidence. This, however, is not always the best approach as it may not take the individual characteristics of the patient into account. For example, individuals with diabetes are more likely to experience restenosis after PCI, which is why the treatment guidelines for these patients include the utilization of Drug-Eluting Stents (Wittbrodt, 2021).

In addition, there is a lack of knowledge regarding the long-term effects of myocardial infarction and its treatments. Studies have shown that patients who have experienced a myocardial infarction are at an increased risk for heart failure, arrhythmias, and sudden cardiac death. However, more research is needed to determine the best way to prevent or treat these complications.

In conclusion, there is an urgent need for more sensitive diagnostic tests and therapeutic medical devices for myocardial infarction, as well as the creation of treatment guidelines that take into account the individual characteristics of the patient. Even though great strides have been made in the treatment of myocardial infarction, more needs to be done in order to improve clinical outcomes for patients.