Analysts who attended TCT seemed to agree that transcatheter mitral valve therapies were a hot topic at this year's meeting, and that thought leaders were cautiously optimistic about transcatheter mitral valve replacement (TMVR) in particular. Mike Matson, an analyst at Needham & Co., said the big TMVR news was that Medtronic announced the initiation of an investigational device exemption (IDE) study of its self-expanding Intrepid TMVR system.

"The move is surprising (and risky, in our view) considering that Intrepid has only been used in 50 patients to date," Matson said in a report.

Medtronic also presented data from its pilot trial of Intrepid at TCT.

The IDE trial will initially use the transapical version of Intrepid but Medtronic expects to switch to a transseptal version next year, according to Matson. "If all goes well (far from guaranteed, in our view), Intrepid could be the first TMVR to reach the U.S. market," he said.

Presented as a first report investigation at TCT and simultaneously published in the Journal of the American College of Cardiology (JACC), data from the first 50 consecutive patients enrolled in the Intrepid pilot study demonstrated successful device implantation and a substantial reduction in mitral regurgitation at 30 days, Medtronic reported.

Paul Sorajja, of the Minneapolis Heart Institute Foundation's Valve Science Ceter, presented the early data at TCT. According to Sorajja, the system is easy to implant in the challenging mitral anatomy due to its comfortable, dual stent design. He said the device corrects the underlying mitral regurgitation in "a significant majority of patients."

The Intrepid pilot study was designed to evaluate valve safety and performance of the Intrepid TMVR System across sites in the United States, Europe, and Australia. Initial 30-day outcomes showed that the Intrepid TMVR System was successfully implanted in 98% of patients. The early results also demonstrated notable reductions in mitral regurgitation with patients experiencing either none, trace, or mild mitral regurgitation at 30 days compared to moderate to severe at baseline. Patients also continued to have symptomatic improvements with 79% of patients classified as New York Heart Association class I or class II at their last follow-up.

The Intrepid TMVR system integrates self-expanding, dual-stent technology with a tissue valve to facilitate catheter-based implantation without the need for open-heart surgery. The Intrepid valve is compressed inside a hollow delivery catheter and is inserted between the ribs to enter the heart. The new replacement valve is expanded directly into the malfunctioning mitral valve. The outer stent frame is designed to attach and conform to the malfunctioning native valve without the need for additional sutures or tethers to secure the device in place. The inner stent houses the valve, which is made from bovine tissue and is intended to maintain blood flow.

Aside from Intrepid, other leading TMVRs (Edwards Lifesciences' CardiAQ, NeoVasc's Tiara, Abbott's Tendyne, LivaNova's Caisson, and Highlife), continue to slowly be used in more patients, Matson said. He estimated that around 300 TMVR procedures have been performed to date.

"While several of these are still transapical designs, the consensus at TCT was that the market will inevitably go transseptal and the transapical players are attempting to convert to transseptal," Matson said. 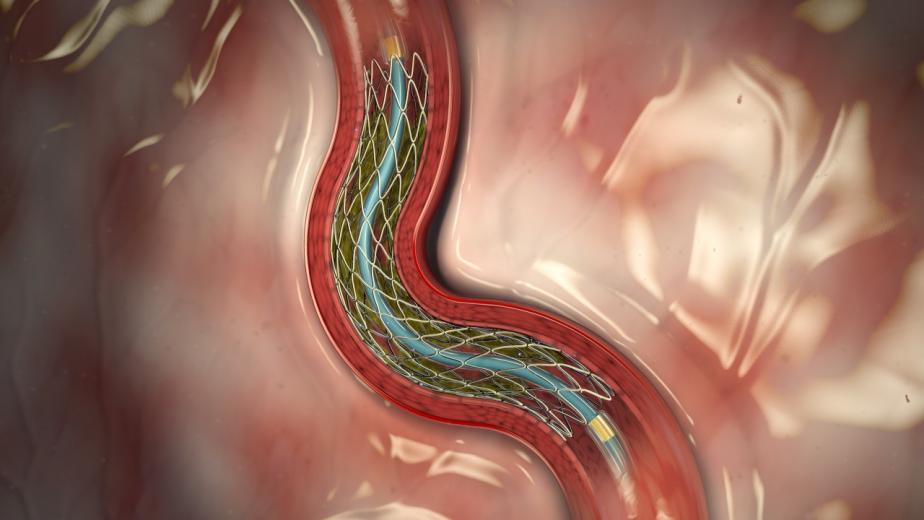