3 Reasons TAVR Will Continue to Prosper 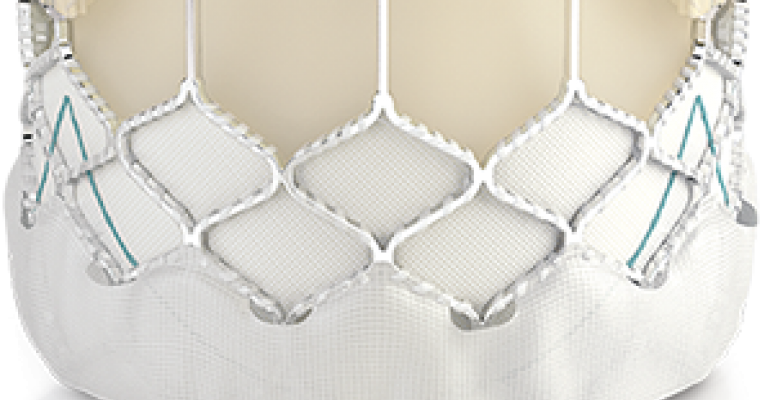 Edwards Lifesciences' Sapien 3 transcatheter aortic valve was approved by FDA in 2015 and that approval was expanded in 2016 to include patients considered to have an intermediate risk for the conventional surgical approach.
The transcatheter aortic valve replacement market has already seen rapid growth. But the market leaders say they've only scratched the surface in terms of the growth opportunities in the space.

The transcatheter aortic valve replacement (TAVR) market has already seen rapid growth, and today represents a $3 billion market globally. But the leading TAVR companies say the current technology and approved indications barely scratches the surface in terms of the true growth potential of the space.

Michael Mussallem, CEO of Edwards Lifesciences, told J.P. Morgan Healthcare Conference attendees on Monday that the global TAVR market is expected to exceed $5 billion by 2021, and that number does not include certain indications that are currently being explored, like treatment for patients with asymptomatic aortic stenosis (AS) or moderate AS.

Several experts from Edwards Lifesciences will speak at the MD&M West Conference, February 6-8, 2018, in Anaheim, CA. Register now using the promo code "MDDI" to get 20% off registration and free access to the expo.

Today, the three primary growth drivers in TAVR are indication expansion, technology advances, and improved awareness of the therapy.

"We love the progress we've made, but having said that, the practice of medicine changes very slowly," Mussallem said. "There are several groups that are not addressed by what is approved today."

Many thought leaders in the past have pointed out that the approval trajectory in the TAVR market seems backward because patients have to be very ill to be eligible for the therapy. So Edwards and its peers in the space have turned their focus over the past couple of years to seeking expanded label indications.

"It's kind of interesting. This is a very deadly disease, but it doesn't get treated like, for example, cancer," Mussallem said. "No one would say, 'I have cancer, let's just watch it and if it gets worse then we'll treat it.' That often happens with AS and we think it's a fallacy of the treatment path and it's one that, as you have a procedure like TAVR that's safe and easy to do and you recover from quickly, it changes the way people think about the disease."

One example Mussallem used is patients who are diagnosed as having severe symptomatic AS. In other words, they are within the guidelines of receiving new heart valve, but they are still good candidates for conventional valve replacement surgery, therefore making them ineligible for TAVR under the currently approved indications.

Edwards also began a trial last year to study TAVR in patients who have severe aortic stenosis but who are not yet exhibiting symptoms (asymptomatic AS). Typically, these patients are not recommended for valve replacement because they have not been diagnosed with symptoms, even though they do have severe AS.

"We don't believe that's the right way to look at this," Mussallem said. "We believe that these patients are on a very difficult, challenging, and deadly path and if they are not treated they are going to die at a much higher rate and be very costly to the system."

The Centera valve is also expected to receive CE mark approval soon, and Edwards plans to start a U.S. pivotal trial of the valve this year.

"We're the only balloon-expandable [TAVR system] in the marketplace, all of the competition that exists is self-expanding," Mussallem said during his presentation at the conference. "We believe that we've developed a better self-expanding system with the Centera System."

The data to support this is still early in Europe, he cautioned, but so far "it's been quite compelling."